Handel
Brockes-Passion, HWV48, or Der für die Sünde der Welt gemarterte und sterbende Jesus (The Story of Jesus, Suffering and Dying for the Sins of the World) – Oratorio to a libretto by Barthold Heinrich Brockes [sung in German, with English surtitles] 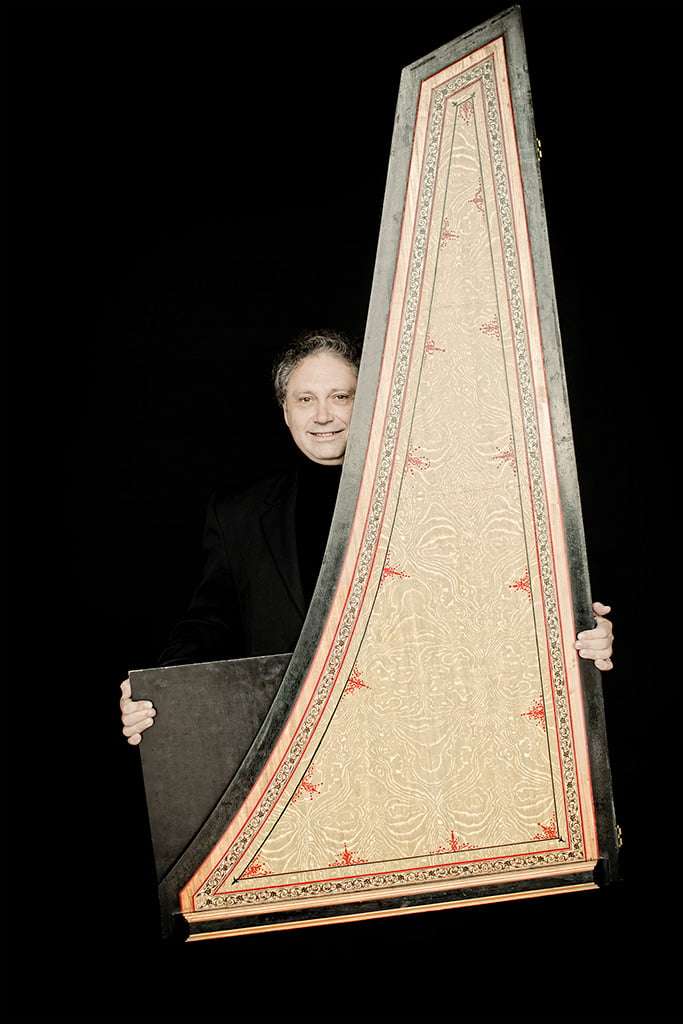 I was not the only one to have moved from Maundy Thursday’s G&S fest with the OAE and John Wilson at QEH to the Barbican Hall on Good Friday, as I found myself in the company again of Robert Murray, the previous night’s reflective Colonel Fairfax (The Yeomen of the Guard) and impish Defendant (Trial by Jury), and here Handel’s Evangelist in a very special work.

Handel’s Brockes-Passion was composed just over 300 years ago to a German text written (1712; revised 1713) by a contemporary of Handel’s at Hamburg University (they both studied law): one Barthold Heinrich Brockes. By the time Handel composed the work he was fully ensconced in London, and we know of no British performance in his lifetime, so it seems he set the text and sent it off to Hamburg, where it joined three other settings of Brockes’s work that were performed during Easter fortnight, 1719. Handel’s version was heard exactly 300 years ago this month on April 3.

It has remained extraordinarily little known since, especially in Britain, and it has been Richard Egarr’s and AAM’s long-held ambition to reinstate it in the repertoire. This Good Friday performance was recorded for release on the AAM’s own label in October, and – as chief executive Alexander Van Ingen politely reminded the audience, some of the musical numbers are still available for sponsorship (from £60 to £5,000) to raise the money required for research, rehearsal, performance and recording.

An example of a Passion-Oratorio, with a dramatic text specially written, it was a forerunner of the later Passions based explicit on the Gospels (as with Bach). Intriguingly, we know that Bach owned a copy of Handel’s Brockes-Passion which predates the St John and St Matthew Passions by up to ten years. And Brockes’s text is more overtly theatrical than any of the Gospels, eliciting from Handel a startlingly direct mode of musical expression, shorn of da capo excesses, though there is an operatic analogy to his limited use of the chorus. Instead of Bach’s choruses commenting on and glossing the action, in the Brockes-Passion there are characters that witness the action and tell it how they see it. Thus, in addition to Murray’s Evangelist and the imposing Cody Quattlebaum as Jesus, who were placed behind the continuo group on either side of Egarr, the largest share of the Passion’s numbers went to Elizabeth Watts as the Daughter of Zion. Countertenor Tim Mead and tenor Gwilym Bowen as Judas and Peter respectively were only required in the first half, while the three Faithful Souls had to wait a long time to shine.

If this had been an opera performance it would have lasted much longer, because extended applause would have greeted most of the solos. Such acclamation (and what a fantastic reception this performance had) was respectfully constrained to the end, but the extended sequences of recitatives and arias for individual singers (a noticeable departure from Bach) seemed to vie with each other for dramatic impact and emotional expressiveness. Each of the main characters have a Soliloquium, Jesus’s early on in his dark night of the soul before his arrest, followed by two apiece for Peter (railing against the ineffectual response to his fellow disciples after Jesus’s arrest and then in remorse after his three denials) and Judas, the one following hard on the other, leading to his simple decision: “Will ich mich henken!” – I shall hang myself!).

In the second half, Ruby Hughes’s sequence from her Soliloquium offered an extraordinary meditation of the Crown of Thorns, raising the emotional temperature that not even a bleeping watch that necessitated her to whisper to Egarr (“Can we start that again?”) could deflate. Shortly after her own Soliloquium, also fixating on the Thorns, Elizabeth Watts was exquisitely accompanied by the woodwind in ‘Jesu, dich mit unserne Seelen zu vermählen’, before later reaching for the stratosphere, as Handel moves towards Jesus’s death with a developing series of duets and a trio. Rachael Lloyd’s Mary marked the final Soliloquium, before the first duet, with Jesus. Nicky Spence, as the tenor Faithful Soul, reprised his overtly ardent expressiveness in ‘Erwäg, ergrimmte Natternburut’ (Consider, you enraged nest of vipers) from the first half in conjuring up the calamities that befall the World on Christ’s death, and Morgan Pearse in his final contribution, as the Centurion, recognises that “the dying man was the Song of God.” Fittingly, Watts had the final solo, leading to a soothing chorale to restore some equilibrium after the drama.

Performing its new edition, the result of major scholarship that included the investigation of nine sources and the reinstatement of sixty-three bars early on with changes to choruses and recitatives, this is a major step forward in the rehabilitation of this amazing work (there are 104 individual numbers compared to the ninety-six on a recent recording; and this Egarr performance exceeds the forthcoming version from Lawrence Cummings – at 151 minutes – by twenty or so). It has been a labour of love that I feel privileged to have been witness to.