Choir of the AAM
Academy of Ancient Music
Richard Egarr 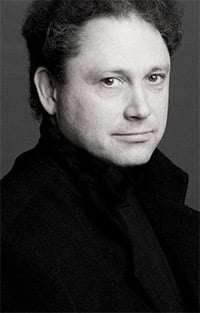 The Academy of Ancient Music began what is being termed as its “Association” at the Barbican Centre with a suitably pomp- and fanfare-filled concert of music by Handel. As well as marking the beginning of its residency, this concert also concluded the most high-profile summer in the ensemble’s forty-year history. Millions around the world watched the AAM perform Handel’s Water Music on the second of the musical barges at the Queen’s Diamond Jubilee.

That Christopher Hogwood’s band of early-music musicians, a curiosity that became a revolutionary force, should have obtained a residency at one of the most prominent concert venues is wonderful news. The fact that the AAM and the Barbican Centre share a Chairman in Christopher Purvis should not detract from this well-deserved recognition. Since Richard Egarr took over the leadership from Hogwood in 2006 he has continued the spirit of adventure which has always driven the orchestra. In 2007, Egarr, founded the Choir of the AAM, widening the breadth of the orchestra’s repertoire. Later this season there will be a workshop in which the public can try period instruments.

Most importantly, under Egarr’s direction, the AAM is playing extremely well. In this opening concert the musicians displayed accuracy, fluidity and tightness of ensemble and brought out many nuances from scores which, in the wrong hands, can sound stodgy and stuffy.

The long introduction to Zadok the Priest, music that is horribly well-known, was sweetly pastoral – quiet and very calm. The other Coronation Anthems were lovelier still, always understated rather than bombastic. Even the canon-fire drums in Music for the Royal Fireworks would not have upset the Georgian taste for poise and restraint. Throughout the evening, Egarr found malleable qualities in his musicians, bending them into well-graduated changes of mood and speed.

The AAM perform on its period instruments without the harshness that they can so easily produce. Any edges have been smoothed over. Egarr tends towards a sort of sophisticated, teddy-bear softness in music that can be as crudely theatrical as a pantomime. In the first half of this concert, the softness came close to timidity. Water Music, and to a greater extent My heart is inditing, were a little dull. By contrast, the Fireworks Music was thrilling – richer, simply louder and less cautious.

The singing of the Choir of the AAM was an embellishment added to the instrumentalists. The deftness of the singers’ touch was overdone. Handel’s four Coronation Anthems were all originally performed in Westminster Abbey, at the Coronation in 1727 of King George II and his queen-consort Caroline. The choir would not have been large, and yet we have become accustomed to hearing these anthems, in particular Zadok the Priest, performed on a grand scale. Egarr’s singers have evidently been selected for the floating qualities of their voices, with a treble-like quality from soprano to bass. Their gentle singing had Rococo prettiness and shimmered. They made light work of the complicated fugal sections in The King shall rejoice, which at its premiere notoriously fell apart, and in the two Messiah choruses. Their tuning was impeccable. These Anthems need something more forceful, though. They require a full-blooded performance to match the trumpet fanfares, booming drums, bustling strings, and the grandeur of the occasion. Egarr could allow his singers to give more.

The AAM will make a fantastic addition to the Barbican’s music programme, offering plump, vivacious, colourful interpretations as they move away from safe programmes and too-careful restraint. This was an encouraging start to an important partnership.