Academy of St Martin in the Fields
Alan Gilbert 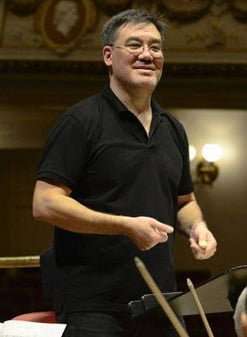 Alan Gilbert, music director of the New York Philharmonic, here made his debut with the Academy of St Martin in the Fields, the New York connection extending to Inon Barnatan, currently the Philharmonic’s Artist-in-Association. Something even more familial is that Gilbert’s sister Jennifer is a violinist (concertmaster of Orchestre National de Lyon) and she is married to ASMF’s Harvey de Souza, the latter sharing the first desk with leader Tomo Keller. Alan Gilbert doesn’t conduct too often in London, and when he does it tends to be with his American orchestra, and at last year’s Proms it was the Leipzig Gewandhaus. He worked with the London Philharmonic more than a decade ago and this season makes his LSO debut, on 3 April.

This Cadogan Hall concert opened with Brahms’s Haydn Variations, the Theme being the ‘St Anthony Chorale’, attributed in Brahms’s time to the forebear composer. The tune is ripe for variety, Brahms’s scoring being woodwind-rich, from piccolo to contrabassoon. The Chorale flowed and was played beguilingly, dynamics neatly tailored. Over the course of the Variations – during which a third double bass would have been advantageous and the violins (antiphonal) were a little too bright-sounding – Gilbert’s tempos were consistently well-judged, forward-moving but with time given to elegantly turn corners. ‘Variation IV’ was poetic, the horn-led ‘VI’ (a-hunting we will go) proved robust, and ‘VII’ ravished the senses as an enchanting lullaby. The shadows of ‘VIII’ would have benefitted from quieter, more-mysterious pianissimos, however, but the work’s final section, having opened in a suitably sombre state of affairs, increased ideally in majesty, enhanced by a chiming triangle, and crisp timpani strokes from the great Tristan Fry; he was superb all evening. 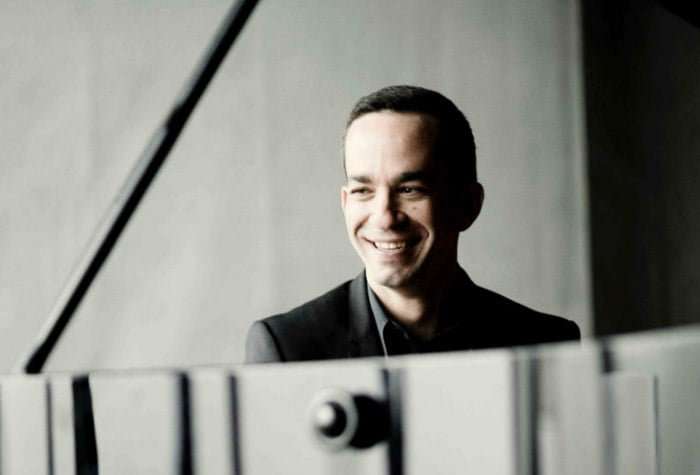 Beethoven’s Third Piano Concerto was unlocked with purpose and trenchancy, and it also confided. Inon Barnatan – poised, intelligent, crisp, sensitive – was easeful in his delivery, enough to be potentially glib, but given he continued to peer into the music’s possibilities, flaring and receding, he avoided any such accusation. The first-movement cadenza embraced heroism and discretion, then the Largo, profoundly spacious, enjoyed Barnatan’s velvet touch, and the Finale had an impish quality to it, irrepressible and invigorating, the coda witty and merry. To a closely observed accompaniment – ringing with detail – some of Barnatan’s most-delicate rippling seemed better suited to Impressionism, but his artless approach persuaded and made for something continually innate and illuminating. Fry’s explosive timpani flourishes to herald the outer-movement cadenzas were appropriately Beethovenian fist-clenching.

It is rare that a Joseph Haydn Symphony, let alone one without a nickname, ends a concert, so the festive trumpets-and-timpani No.90 was doubly welcome; it’s one of his best, and that’s saying something. Like a few others (those numbered 88 to 92) it was written between the ‘Paris’ and ‘London’ examples.

Gilbert and the ASMF did ‘Joe 90’ (remember the TV series?) proud. The slow introduction blossomed with promise, seeds sown for the ensuing Allegro, which was perfectly paced to merge fiery flamboyance and lyrical entreaties. The ‘walking’ second movement perhaps needed a little more space, it was a little hasty, although Michael Cox’s flute solo was a shining moment to treasure, as was the string-quintet’s contribution (two cellos). The Minuet was muscular with a notably dignified Trio in which Christopher Cowie’s oboe solos became more ornate in the repetitions.

The Finale, with its engaging invention and ferocious drive was, that said, just a little too nippy, and needed a while to settle. When it did there was real excitement. There is a false ending, one of Haydn’s many jokes. It usually inveigles the audience into equally bogus clapping, but not here, the long silence much more telling and rewarding. Thanks to Gilbert’s generosity with repeats we got the second half twice, that moment of deceit even more emphatic, as if nothing could follow it. Gilbert stepped off the podium to a smattering of applause, beckoned the orchestra to stand, the players indicated there was more in their parts (of course we had been here before), the conductor made a “sorry, my mistake” gesture and continued. Well, it is the pantomime season, we had a laugh, and Haydn was the winner. So too Alan Gilbert, inaugurated into the ASMF Happy Family.