Academy of St Martin in the Fields
Murray Perahia (piano) 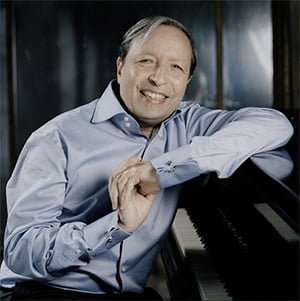 Murray Perahia and the Academy of St Martin in the Fields go back a long way, and this concert – part of their European tour – revealed the degree of rapport they share, especially in the Beethoven, which had a unity of expression that was a revelation, one of those performances that comes one’s way rarely.

Directed by leader Tomo Keller, Dumbarton Oaks was a bracing opener, with playing that combined Stravinsky’s unique blend of pastiche and deconstruction, of affection and analysis that goes deep into the spirit of Baroque style. The fifteen players (ten strings, five winds) found an ideal balance between chamber music intimacy and a larger reach, and the rhythms that course through the music were all the more effective for being deliberate rather than overtly spiked up. The music can seem arch and inscrutable, but the ASMF tempered this with candour and underlying warmth.

The Haydn Symphony that followed fully justified Stravinsky’s fascination with classical order. Conducted by Perahia, No.77 belongs to a set of three written for London some ten years before the more celebrated 12 ‘London’ Symphonies. The ‘period’ style of performance tends to drive Haydn hard. Perahia took a less interventionist route, his left hand barely needing to shape or define a dynamic. There was a sense of relaxation to the opening Vivace that encouraged its inventiveness to rise to the surface, and the same ease was just the right medium for the Andante’s discreet element of fantasy, with a superbly eloquent contribution from flautist Paul Edmund-Davies. For a musician who has described himself as “not a conductor”, Perahia may not disprove the ASMF’s conductor-less agenda – and, indeed, speeds may well have been brisker that way– but its elegance was most seductive.

Perahia has been at work on a new edition of Beethoven’s Piano Sonatas, and perhaps this played a part in the scale and profound insight of his direction of the ‘Emperor’ Concerto. He took charge of its symphonic and concerto duality with vaulting imagination. It’s a work frequently hijacked by its nickname, and Perahia ensured that its grandiloquence wasn’t the main issue. There was no lack of his characteristic beauty of tone and poetic phrasing, but I was not prepared for the moments of raw energy and passion. He gave us playing that got to the heart of Beethoven’s connection with players and audiences with unnerving directness, adding layers of meaning to a familiar work with prodigal facility. Passages in the first movement that can seem discursive or decorative were galvanised by his long-range sense of purpose, and the balance between soloist and orchestra resulted in some wonderful detail – a passage for the piano in the development section usually submerged beneath the orchestra here given a telling prominence, or the period-style timpani’s military tattoo propelling the finale with rousing urgency. Explosive, mercurial, spontaneous, totally involving, this was an unforgettable ‘Emperor’, its impact undiminished by the encore – the slow movement from J. S. Bach’s D major Keyboard Concerto, BWV1054.