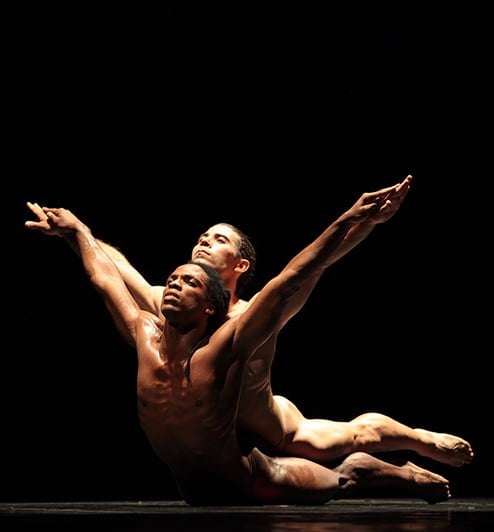 Such is the affection that Carlos Acosta enjoys from the British public that the national debut of his recently-formed company Acosta Danza was bound to play to full houses with a warm and positive audience. Acosta has achieved much, not least on a personal level – the fact that the story of the poor black Cuban boy becoming one of the world’s leading Classical Ballet dancers has been repeated often does not detract from Acosta’s own personal triumph. But other aspects of the art form have not been for him to crack – he has tried his hand at choreography, with little success – so forming and running his own ensemble was not guaranteed to work. Let it be said from the start that he has assembled an impressive group of young dancers from his and their native Cuba and, on the evidence of this programme, has given them a varied diet of work. Programming for this Sadler’s Wells appearance was, if anything, over-generous; five works in all, from a mix of Cuban and non-Cuban choreographers. Predictably, they were of varying quality, but as a showcase for the artists, added up to an impressive, if overlong whole.

The stand-outs were two duets, the first El cruce sobre el Niágara (The Crossing over Niagara) for two men, here Julio León and Raúl Reinoso, and Mermaid, for Acosta and Marta Ortega. The first is inspired by the feats of the famous tightrope walker Charles Blondin, who once crossed the Niagara Falls carrying another man on his back, but is much more than that: an exploration of male physicality and a feat of balance, counterweight and control by its two interpreters. Both men wear only the skimpiest of dancers’ belts, their costume in essence their own skin and musculature and they recall Eadweard Muybridge’s images of walking and running naked men. But, despite the near-nudity and the very close duet work, they remain un-homoerotic; this mesmeric work satisfies instead the fascination with the human body and its extraordinary workings. For the most part a slow-motion work, we watch as first one, then the other, then both men perform the most controlled of balances, a hushed concentration about them, as must have been the case as Blondin achieved his own feats of balance and focus. León and Reinoso make for a contrasted pair, the one light-skinned, the other dark, but perform in near-perfect symbiosis. This work is famous in Cuba and deserves wider renown. 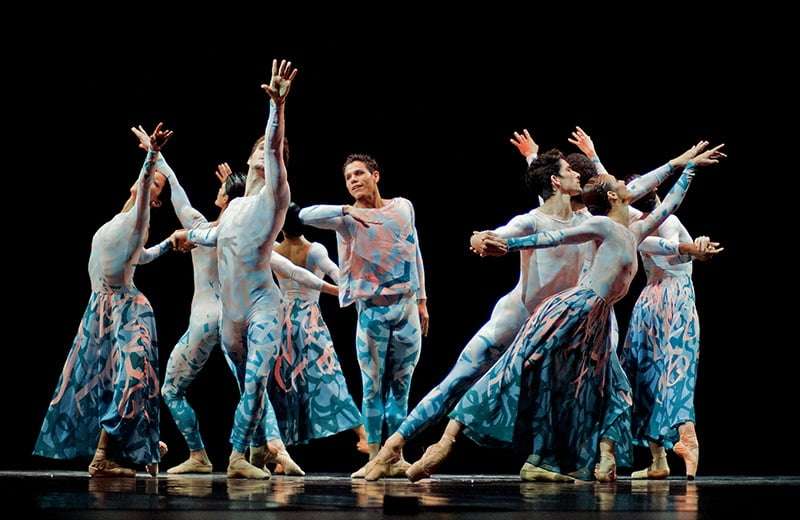 Acosta and Ortega perform a typically intelligent and perceptive duet arising out of the fantasy of the mermaid and a mortal man falling for her. However, all is not as one would expect, as this red-dressed mermaid teeters drunkenly on pointe, perhaps a fish out of water, perhaps having imbibed too much liquid of another sort. Whatever it means, it showcases the diminutive Ortega, who has a powerful stage presence and the ever-watchable Acosta who partners with his assurance and shows flashes of insouciant virtuosity. Korean Woojae Park’s live playing and singing add to the otherness this duet encapsulates.

Of mixed success is Belles-Lettres a sophisticated work by New York City Ballet’s hope for the future Justin Peck, a nine-dancer étude in lyricism which evokes Jerome Robbins’s Dances at a Gathering in its response to the music and the sense of underlying community. Peck’s clever twist is that there are four couples and one stand-alone man, who weaves in and out of the others in bursts of self-confident movement. César Franck’s untitled piano quintet (the recording played too loudly) underpins this pleasing essay in flowing movement, but the work’s purely balletic origins show themselves when performed by an ensemble comprising mainly contemporary dancers – there is a weighty quality combined with gymnastic flexibility which sits uncomfortably with the choreography, even if changes have apparently been made to make it sit better on the bodies of these dancers.

Imponderable by Spanish choreographer falters under the weight of its pretentiousness of meaning – the creative process, apparently. It is also too long, as the dancers switch back and forth between movement styles (folkloric, contemporary, floor-based, supported lifts) as the music/soundscape itself shifts between excerpts of Silvio Rodriguez, ‘the Cuban John Lennon’, and other sound effects by Owen Belton. Much use of smoke and lighting makes for an ever-changing stage picture, but the impenetrability of the overall meaning means that each ‘episode’ could be the last, and, as its 25 minutes tick by, the wish for it to be so grows. 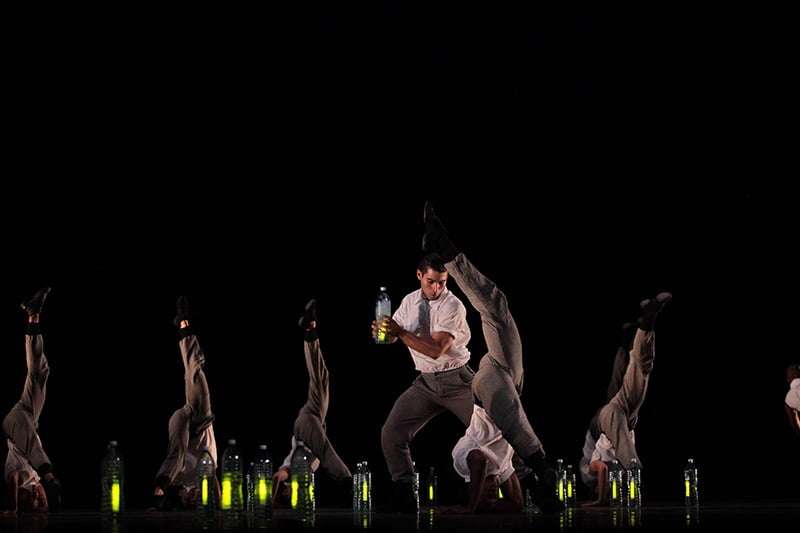 Twelve is one of those works designed to close the show, a fun work for twelve dancers and 36 luminous water bottles which they hurl at each other in ever-more complex patterns and combinations. Billed as ‘dance-sport’, whatever that may be, it has precious little choreography per se, but plenty of entertainment value, not least in seeing if anyone would drop anything. In reality, these dancers proved remarkably sure-handed, and the work moved in a jolly fashion to its close. It is a cleverly-chosen piece for this company, not only in the youthful quality it requires from them, but also in its demand for real communication and trust between the performers. Such a work forges an ensemble.

Acosta Danza’s ‘Debut’ may not have been perfect, but it has shown that Acosta’s vision for dance in his home country is becoming a reality, and that his talents include genuine artistic leadership.