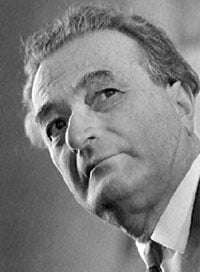 Ahmed Adnan Saygun (1907-1991) is referred to as “the most important twentieth-century Turkish composer”. In terms of mixing Western tradition with Turkish folk music and other indigenous ingredients, then maybe, but on the evidence of the music played at this concert, and in the extensive catalogue of recordings of his music that CPO is issuing, Saygun was first and foremost a composer capable of writing highly attractive and approachable music. However, a convincing structure is not always within Saygun’s gift and there are numerous allusions to better-know music (very likely unconscious and offered below as a reference).

This concert, which drew a decent house, was commendably well-played by the Royal Philharmonic Orchestra, a thoroughly professional and versatile response to Gürer Aykal’s lucid gestures and clear beat that guided the musicians through unfamiliar music that is also like numerous other pieces. However, prolonged exposure (if 75 minutes can be termed ‘prolonged’) detailed doubts over Saygun’s qualities – such as ‘wandering’ structures that make the music seem longer than it is, and a tendency to over-score, particularly in the use of percussion. Neither the concerto nor the symphony quite lasted the course, even though they are relatively short at 30 and 25 minutes respectively. Each though contains ‘good ideas’ and, leaving aside his sometimes-brazen Technicolor orchestrations, some of Saygun’s more-imaginative scoring is both inventive and gratifying (the high-note exposure given to the tuba in Variations, for example).

Variations proved the most successful work here, which the RPO played on a visit to Turkey last summer with Gennadi Rozhdestvensky. One imagines he would have made the most of it, whereas Gürer Aykal, quite legitimately, underlined the rigorous nature of the 20-minute piece; nevertheless about two-thirds through it lost direction for a while. However, the eerie opening measures caught the ear, so too the allusions to folk-music coming from the mountaintops and floating down the valleys. A snatch of Dukas’s The Sorcerer’s Apprentice came to the fore as the music develops rich expression and vibrant colouring, becoming more terse as the journey proceeds; the closing bars are remarkably close, in rhythm and scoring, to the end of Karl Amadeus Hartmann’s Sixth Symphony from three decades earlier.

This proved to be the concert’s overall highlight, although the slow movement of Symphony No.4 (undated in the programme note) really stood out, a noble threnody begun by cellos and double basses (momentarily recalling ‘Passacaglia: The Death of Falstaff’ from Walton’s music for Olivier’s film of “Henry V”), the violas’ trills carrying much import and the movement growing to a rich polyphony of star-gazing, the wonder of the beyond. The finale, though, with barrages of percussion, is but a functional envoi, and the opening movement, while powerful and martial, if too graphic, tends to pall through the reliance on motifs (one diverting this listener to another Fourth Symphony, that of Aulis Sallinen) with the lighter, frothy, scherzo-like material that emerges momentarily recalling Respighi’s The Fountains of Rome and enjoying many a deft touch. 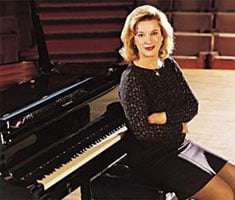 Piano Concerto No.1 (1953) proved disappointing: punchy and languid is all very well, but the rhapsodising first movement – in which Liszt meets Khachaturian – seemed not to gel and is awash with cadenzas (even one of those had to have thumps on the bass drum!). Such excessive excesses do not sustain the demands of ‘concert listening’ and while the mood-swings alerted some variety and the middle movement offered some peace, if not much that is memorable, the work as a whole came and went despite the performance being astonishingly committed – Gülsin Onay played it as a masterpiece, with a vitality and affection that could not have been more persuasive. She offered an encore, more Saygun, a little something that alluded to Debussy in the slow first half and to nothing in particular in the toccata-like second, save here Onay’s fingers were a blur of focussed activity.

Do though take a look at CPO’s extensive list of Saygun recordings, which includes Onay in both piano concertos; there’s a lot of music and quite a few surprises – I was impressed by symphonies 3 and 5.