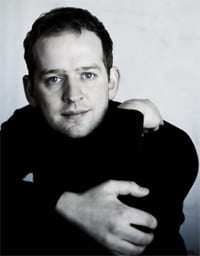 The young Scottish pianist Alasdair Beatson has an enthusiastic following, with four Wigmore Hall recitals now under his belt, a highly acclaimed debut CD with a second on the way, and a canny and uncompromising approach to programming. A pianist who puts major but, in piano terms, slightly sidelined figures such as Mendelssohn and Fauré centre-stage and plays their music with such an intuitive and responsive sense of style demands our gratitude.

I’ve never heard Mendelssohn’s ‘Scottish’ Sonata in a recital, and various recordings play up its dedication to the pedagogue-virtuoso Moscheles. Beatson placed it firmly in the romantic, stormy world of Hebrides-style inspiration and emphasised the first section’s rhapsodic agitation. The finale was more what we expect from Mendelssohn’s piano music in terms of concentrated, relentless virtuosity, but even in this whirlwind of notes Beatson got behind the carapace of technique to present the volatile high anxiety at the heart of Mendelssohn’s best music.

Beatson’s ‘Appassionata’ pushed Beethoven’s heroic histrionics to the limit. The weight and tempo of the minatory first movement were perfectly judged and gave the music room for the mercurial shifts of mood. There is more need for the odd shaft of lyricism in the finale than Beatson’s unyielding perpetual motion allowed for, but the collapse into the furious coda went right to the heart of early-romantic piano music in a display of delirious, explosive playing.

It’s a mystery why Fauré’s piano music hovers just outside mainstream French repertoire, but there it is, in all its inscrutable, self-contained glory, in some musicians’ view the best of his considerable output. Beatson absolutely got the point of Theme and Variations, which takes the uncharacteristically foursquare theme and deconstructs it by some salon-style, Schumannesque variations, which then open out into that harmonically oblique, subtly transfigured world at the heart of Fauré’s music. Beatson’s performance was magisterial, charting the gradual shift into ever-more subtle refinement with unerring perception – In short, a revelation.

Fauré’s natural grasp of the extremes of piano colour rather eclipsed Henri Dutilleux’s more strenuous writing for the instrument. Beatson is a great champion of Dutilleux and the Piano Sonata has been in his repertoire for some years. For all its range and scope, though, its sinewy echoes of Stravinsky, Hindemith and Bartók were too up-front to present a clear idea of Dutilleux’s preoccupations. Beatson’s performance did the music proud in terms of stamina and attack – it is a colossal work – and he was at his considerable, poetic best in the suspended dreamscape of the slow movement.

Beatson’s non-showy, secure technique is very impressive, and there is a definition and rhythmic incisiveness to his performing style that draws you into the music. Roll on his next recital.