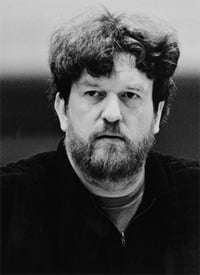 When presented like this, unadorned by staging, The Rape of Lucretia seems less like an opera than an Easter Passion. The Male and Female Chorus, with their overly-descriptive narration and the sore-thumb piety of their Christian invocations, are Evangelists, while the inclusion of unassigned choral episodes (marked ‘Omnes’ by Britten) and the brevity of most of the work’s dramatic exchanges can be traced back through J. S. Bach’s bloodline.

To set aside the label ‘opera’, then, is to invite a re-evaluation of Ronald Duncan’s much-reviled libretto. Alas, whichever way one slices it this remains what it always was: the all-too-visible worm that destroys the life of a potential masterpiece. Libretto-writing is a craft, not a branch of poetry: its purpose is to ignite the composer’s fire rather than do his job for him, and from Billy Budd (1951) onwards all of Britten’s operas demonstrate his appreciation of that fact.

In the course of a fascinating essay for the Aldeburgh Festival book, Ian Bostridge suggests that the composer’s refusal to countenance the revision Duncan sought to make in the 1960s indicates his satisfaction with the work as it stands. I’d hazard an alternative theory: Britten had already revised the piece once, in 1947, and he may have concluded that any further tinkering would diminish both the work’s status and his authority over it. He certainly remained protective of Lucretia in later years, famously berating a mild send-up by the late Robert Tear (to whose memory this year’s performances are dedicated) with the caustic and revealing put-down “Do you really think this is the way to treat my grand opera?”. Britten clearly knew that, for all its flaws, The Rape of Lucretia sings as lyrically as anything he wrote.

On the evidence of this immaculately detailed reading, Oliver Knussen too has complete faith in the score. His thirteen-strong Aldeburgh Festival Ensemble is an expert team led by Clio Gould, herself a proven violin-director of Britten’s music (witness her fine recordings of Serenade and Les Illuminations with Toby Spence), and the orchestral precision throughout the evening was nothing short of astounding. By placing the instrumentalists to the fore, with the singers relegated to the sides and rear, Knussen’s conducting is a celebration of Britten’s achievement in creating magical aural textures through the most modest of means.

However, this prominence of the non-vocal performers had implications for Knussen’s company of singers. These can be divided into two teams. In the (notional) red corner we had a solidly reliable group: the impassioned Tarquinius of Peter Coleman-Wright, Benjamin Russell’s nicely manipulative Junius, the rich contralto of Hilary Summers as Lucretia’s elderly nurse, Bianca, and Claire Booth’s seraphic Lucia. In the blue corner, though, there was a hot squad that carried all before it. Susan Gritton’s Female Chorus took a while to get going, but after the interval she spat fire. Ian Bostridge was in cracking semi-louche form as the Male Chorus: he enriched Duncan’s thudding text by etching in moments of wit where none exist, and he articulated every phrase with impeccable diction. He was matched in this by two other remarkable performances: that of Christopher Purves, whose forthright delivery as Lucretia’s husband Collatinus was startling, and above all the tour de force from Angelika Kirchschlager, who is quite simply the finest Lucretia I have ever heard (and I am not overlooking the recordings of Janet Baker or Kathleen Ferrier). Kirchschlager’s breathtakingly sung and enunciated interpretation was delivered with distressing conviction.

For all its glories, enjoyment of the performance was compromised by that stage layout and by the abiding sense that this was not so much a concert as a recording session. I infer from the swarms of microphones and sound baffles on display that the performance was being recorded for commercial purposes (the second performance, on the 13th, is live on BBC Radio 3) and unfortunately that impression also extended to the sound balance in the hall where, rather than rein in the instrumental volume to provide a balanced listening experience for the paying public, Knussen appeared to be letting rip at full throttle, safe in the knowledge that studio faders will ensure a good end product. The two Choruses aside, all the singers were placed right back against the acoustic panel to the rear of the Maltings stage – another move intended (I assume) to help the recording. To experience the performances of Kirchschlager and Purves at a distant remove is better than not to see them at all, I suppose; nevertheless, the constant sonic disproportion was a blemish on an otherwise memorable evening.