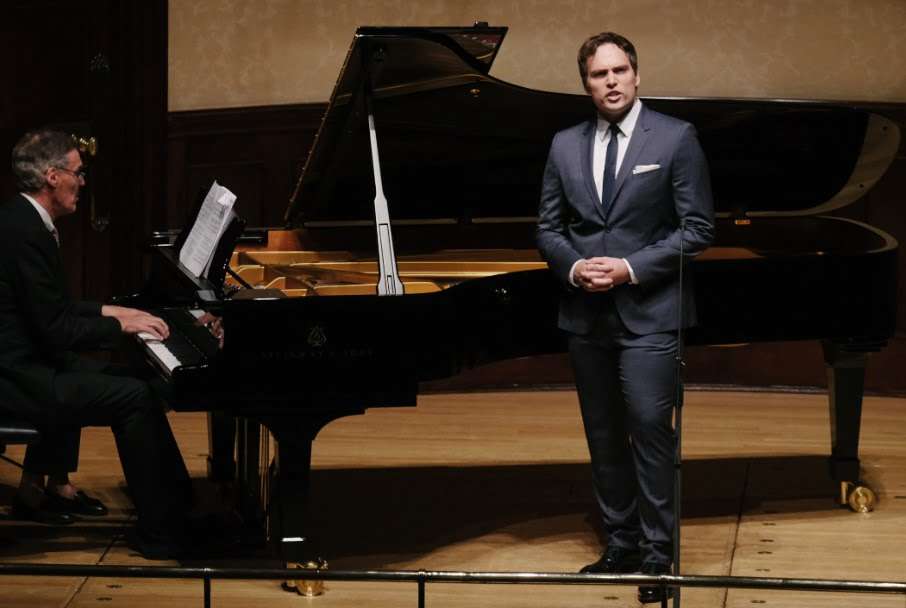 A youthful thirty-four and blest with movie-star good looks, the American tenor Alek Shrader made his Rosenblatt Recital debut in this imaginative programme that mixed American art-songs with showpieces by Handel, Mozart and Rossini. With Roger Vignoles on hand as his deft, sensitive accompanist, what could possibly go wrong?

Things seemed to be progressing smoothly enough until Shrader hit a brick wall in the tessitura of Nicolai’s ‘Horch, die Lerche singt im Hain!’. It soon became clear that all was not well. With a professional’s cool he got through the song, apologised for the effects of an incipient cold and, with only Belmonte’s aria from Die Entführung to go, asked the audience to bear with him until the interval. Thereafter, for us at least, it was plain sailing – and an assured technique probably helped him steer the boat. 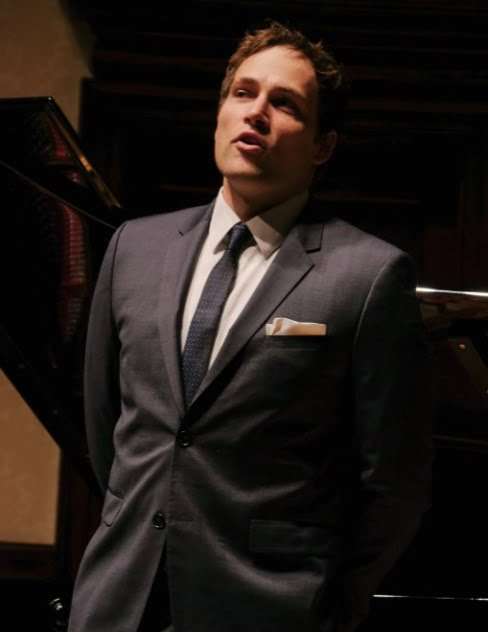 Before the problem arose, Shrader’s fuller tones in the baritone range had suggested that he might in fact be a baryton-martin rather than a tenor, a view echoed at the interval by a colleague who mentioned that he’d be a fine Pelléas. His warm, light timbre (or possibly his cold) also made me think he should consider playing the great Broadway roles such as Curly or Billy Bigelow. He could certainly act them. However, this would not be the recital from which he would wish to be pigeonholed either way. What was clear is that he has charm, technique and sensitivity to spare.

Iain Bell’s trilogy of Great War songs, The Undying Splendour, was intense and powerful. The composer of In Parenthesis (WNO’s commission earlier this year) has set poignant verses by the war poet John William Streets to music that is both accessible and affecting, and Shrader proved a telling advocate. His mellow, musical theatre-tinged voice humanised the hushed horror of ‘A Lark Above the Trenches’, while ‘Comrades’, with its echo of Britten’s setting of Wilfred Owen’s Strange Meeting, is wrought over a recurring piano figure of disturbing simplicity. In ‘Gallipoli’, Shrader’s accentuation on “The husbandman who golden harvests reap” was a pure sigh of mournfulness.

Shrader delivered Virgil Thomson’s Mostly About Love with charm and affection, although the numbers themselves are an uneven group. The opening ‘Love Song’ has a gentle swing, but fundamentally it’s just a show tune in search of a melody. ‘Down at the Docks’ is more robust and offers greater scope for the tenor to take charge of his interpretation. After the whimsical pleasure of ‘Let’s Take a Walk’, the closing song, ‘A Prayer to St Catherine’, meanders unnecessarily but at least allowed Shrader to add moments of subtle characterisation when Saint Nicholas and Saint Joanna made their appearance. 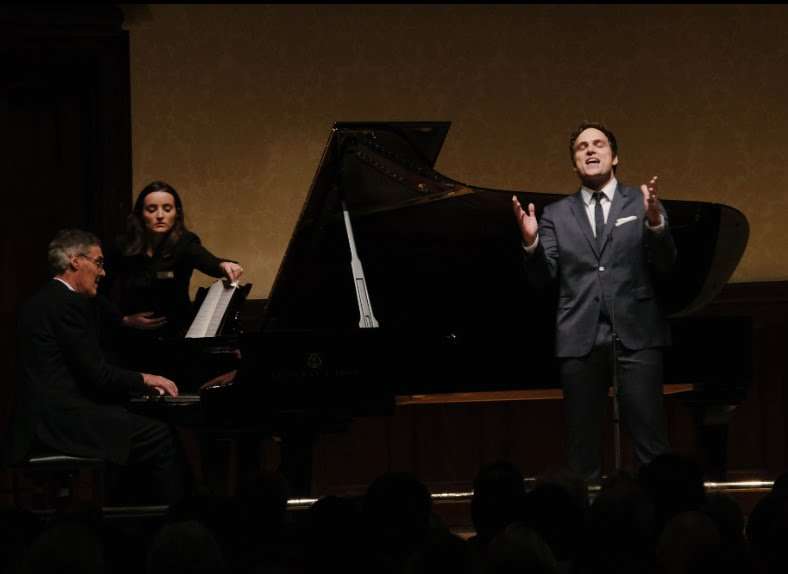 Neither Handel nor Rossini fared particularly well on the night (although Shrader’s delivery of ‘Where’er you walk’ was eloquent, delicate and touching), but this was not a fair occasion on which to base a judgement of his technique. On the other hand he sang the three Stephen Foster songs with lyrical warmth – and made an ironically self-deprecating introduction to the first of them, ‘I Cannot Sing Tonight’.

Irrespective of Shrader’s vocal problems, then, he and Vignoles delivered an evening of high-quality musicianship that was rightly met with enthusiasm. And nothing suited their partnership more than the songs of Samuel Barber. Shrader’s guileless tones were ideal for ‘Now Have I Fed and Eaten Up the Rose’, while ‘A Green Lowland of Pianos’, with its mood of a sophisticated cabaret song, was glowingly played and sung – as was the encore, the magical ‘Sure On This Shining Night’ from Barber’s Opus 13.