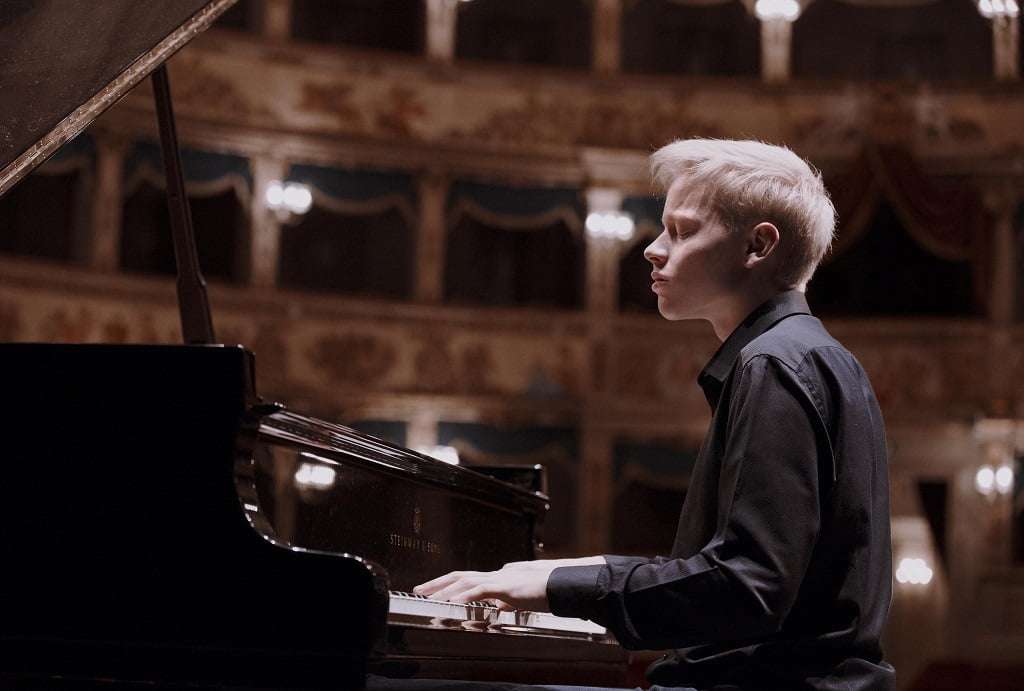 It’s midsummer, and time again for the big one, the sixteenth running of the International Tchaikovsky Competition in Moscow, divided this year between piano, violin, cello, voice, woodwind and brass. Not the biggest prize money – US$30,000 to the gold medallist, compared with 150,000 at the recent China International – but fame and celebrity, occasionally history, guaranteed. The piano discipline has drawn a strong field, the all-male jury, under the chairmanship of Denis Matsuev (winner in 1998), comprising an eminent array of pianists and teachers, ten in all – Michel Béroff, Barry Douglas (winner in 1986), Nelson Freire, Pavel Gililov, Freddy Kempf (third in 1998), Li Ming-Qiang, Vladimir Ovchinnikov (joint second with Peter Donohoe in 1982), Piotr Paleczny, Boris Petrushansky and the veteran Menahem Pressler, ninety-six in December. Men who have all the notes in their fingers, and all the pages in their memory.

Hot favourite among the starters was seventeen-year-old Alexander Malofeev, a student of Elena Beryozkina at the Gnessin Russian Academy of Music, winner of the 2014 International Tchaikovsky Competition for Young Musicians, and, robbed of first place, silver medallist at the China International Music Competition in Beijing last month. A special player, scarcely out of boyhood in demeanour, he’s appeared with some of the best orchestras and conductors, his mentors including Matsuev and Gergiev, co-chair of the organising committee of this year’s competition. A formidable prospect, his is a name to relish.

For his first-round programme, a minor-key mixture of serious and poetic, Baroque, Classical and Romantic, he fielded a ‘high-jump’ repertory worthy of the Cheltenham Gold Cup if not the Grand National. His Bach, cultured and unforced, was lissom polyphony elegantly registered (more suggestion than emphasis), with a beautiful sprung left-hand. Beethoven’s ‘Appassionata’ proved a Piano Sonata in name, but an orchestral Symphony in experience. The first movement was structurally coiled, the argument and contrast controlled through the kind of metronomic precision the youthful Gilels was famous for. Electricity and characterisation, tension and repose, dolce horizons and hammering motifs, liquid trills and epic chording, were to be had in plenty, focussed through maximum clarity of articulation. In the Andante, taking note of the score’s con moto qualification, the music’s D-flat discourse journeyed a road from sweet-scented arioso to starry highs and profound gravity. The Finale growled and stormed, never an ugly sound or exaggerated agogic in earshot, cumulative brilliance to the fore. No doubt, agreed, it was appreciably faster than our usual perception of its meter and tempo – more vigoroso than Allegro ma non troppo – and at minim circa 90-100 significantly quicker than not only Czerny’s or Moscheles’s contemporaneous metronome suggestions from the late 1820s (crotchet 138/152 respectively) but also a whole raft of great Russians from Gilels and Richter to Pletnev and Kissin, not to mention Malofeev’s own Beijing Preliminary Round reading. But the visceral energy and the ability to still breathe phrases elevated it well beyond schoolroom mechanicals. Plus there was enough petrol left in the tank to forge the Presto coda into a fiery comet of march and clarion call. Matsuev and Douglas looked on approvingly.

From Symphony to Symphonic Poem. In Malofeev’s hands Tchaikovsky’s 1886 Dumka, Scéne rustique russe, was a gorgeous painting crossing between dream-state and dance. Beautifully nuanced, beautifully toned, beautifully shaped within a framework of casements half opened, finally closed on a winter day of frost, fir cones and curling smoke. Intrinsically Russian. Manifestations of this world, of Slavonic fairy lands, coloured the Chopin Study – an extraordinarily muted velvet-like opening, lashing ‘Winter Wind’ right-hand bravura, if wanting, to my thinking, in more left-hand voicing; and the menacingly dramatised scena of Rachmaninov’s ‘Little Red Riding Hood and Wolf’ Étude-tableau – a triumph of silent-film imagery, now dry, now biting, now fleeing in terror. Malofeev feels Rachmaninov from within. Liszt’s ‘Mazeppa’ jangled and roared – with one of those grand endings that sets the piano alive and gets the audience cheering. But not all was athletics or gallery dynamics. The B-flat middle section, finely transitioned, displayed poetic eloquence and lyric poise, along with a desire to get the piano (a Yamaha) to glow and resonate sensually.

By the end of fifty minutes this pale, black-shirted young man of stooping posture had given his all and beyond. Totally drained, totally exhausted. Visually, seemingly even a little unwell, drenched in sweat. Just maybe this could explain the tailing off in parts of the Chopin and Liszt, the gradual lessening of right-hand ‘ring’ and strength. But his determination and imagination, the vision he wanted to deliver, never failed. In the grand scheme of things, the few (inconsequential) slips and blips counted for nothing. The personality and possibilities, the honed facility, the ability to cope under pressure, are what exhilarated.

The jury eliminated him.