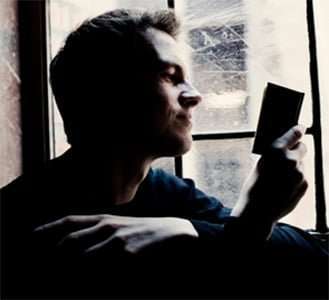 Alexandre Tharaud’s response to Schubert’s Moments musicaux was akin to somebody who has a very good grasp of a second language, but who speaks it with a foreign accent. There was uneasiness about his playing – it was sensitive, but the phrasing was sometimes a little wooden, sometimes a little routine. The tempo of the first piece was just a little too fast and sounded impatient; the beginning of the fourth was too emphatic, and Tharaud didn’t seem to know quite what to do with the quieter middle section, so that the expression seemed contrived. No.5 was too abrupt, too percussive, and the final piece didn’t really hold together satisfactorily.

In the days before recordings piano transcriptions of orchestral works were an important way for people to get to know repertoire. And composers such as Liszt elevated the medium into a realm where original compositions were not just copied but transformed into separate and distinguished works of art in their own right. But in today’s world, where orchestral works can be heard as a result of a few taps on a computer keyboard, there seems little point in making new piano transcriptions. Or so it seemed in the case of Tharaud’s of Mahler’s Adagietto, which is over-embroidered, even percussive at one point, and far removed from the real thing.

The first three selections from François Couperin’s sets of harpsichord pieces again seemed to have a foreign accent, not merely because they were played on the piano – many fine pianists have overcome that drawback very satisfactorily – but because Tharaud’s playing was over-expressive. His ornamentation tended to hold up the music’s natural progress, and so pulse and rhythm were too undefined: ‘Les baricades mistérieuses’ even sounded curiously Brahmsian, such was the weakness of rhythmic definition. But ‘Le Carillon de Cithère’ rang out cheerfully, and the rapid Le tic-toc was played brilliantly.

Tharaud’s problems with rhythm again rose in ‘Noctuelles’, the first of Ravel’s Miroirs. It sounded scrambled, unstable and somewhat incoherent. Matters improved slightly in ‘Oiseaux tristes’, though it didn’t really hold together in a convincing way, and while Tharaud did evoke some atmosphere in ‘Une barque sur l’océan’, there was still some meandering. The technical challenges of ‘Alborada del gracioso’ were well met by the pianist, and here he did contrive to make the languorous middle section sound characterful. ‘La vallée des cloches’ was quite nicely shaped.

It was interesting to observe that Tharaud played from music throughout the recital, even in the encore, a Sonata in D minor by Domenico Scarlatti. The programme note about the pianist entirely contained information about his recordings, his past appearances and his future engagements. Some biographical information would not have come amiss.