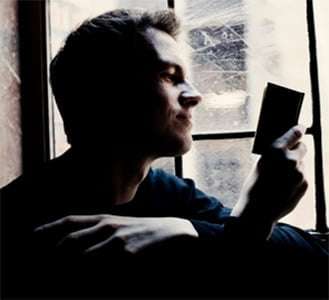 Alexandre Tharaud began this BBC Radio 3 Lunchtime Concert at Wigmore with J. S. Bach’s adaptation for keyboard of Alessandro Marcello’s Oboe Concerto. As played on the piano some of the textures felt rather clumped together, but Tharaud did well to keep a shapely phrase, and the sparse octaves with which the work begins were striking. The busy Presto finale was brightly delivered, but the heart of the work lays in the regretful Adagio, embellished with some tasteful trills.

Schubert’s Moments musicaux are strange, enchanting pieces, free of formal constraints and strongly indicative of the composer’s later style. The first piece demonstrates his ability to juxtapose major and minor keys with the same tonal centre to unsettling effect, though here Tharaud rather rushed his phrases, leaving little opportunity for the reflection that can be so important in this music. Happily that space was afforded in the two slowest pieces of the six, the second and sixth, both in A flat. Here the melodies were achingly delivered with a soft timbre, the last in particular an almost timeless song without words. Tharaud delivered the third piece, a march, as if voiced for a solo piper and accompaniment, while the fifth was rather matter of fact and contained a few errors. It was also slower than its marking, Allegro vivo, suggested it should be. The darker fourth, however, worked extremely well.

Tharaud concluded with a performance of Chopin’s Fantasy that felt like an interpretation in progress, but contained many good things. He had an authoritative and lucid way with the louder passages, but the most admirable aspect was the gradual growth of the second section, starting out with an improvisatory flourish but gaining real fluidity and depth as it expanded. The opening might have benefited from a more expansive approach to rubato, but the faster passages were very incisively defined. Meanwhile the end leapt from pianissimo to fortissimo with a sudden jolt, your reviewer not the only one to jump in his seat in response!

As a most enjoyable encore Tharaud chose the Sonata in D minor (Kk141) by Domenico Scarlatti, full of Spanish flavouring in its tremolos, delivered with admirable precision and considerable flair.