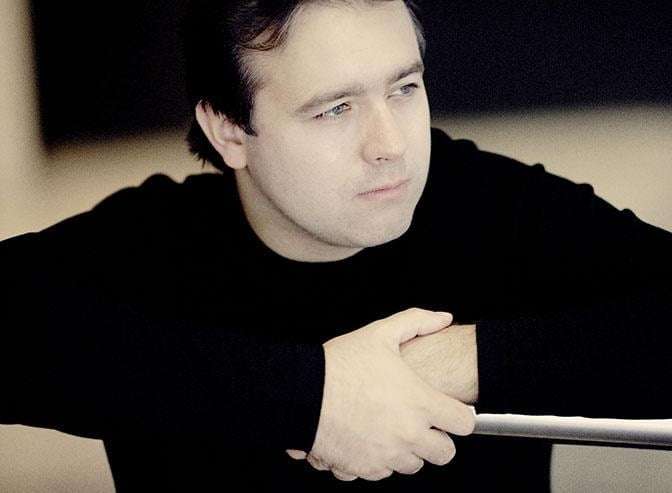 Alexei Volodin may radiate inscrutability, and his matter-of-fact engagement with the piano gives little away. But to hear him slowly open the valves of Chopin’s poetry, aerate Schubert’s lyricism and launch Schumann’s fantasies makes you aware of his layered artistry, and that’s all before he’s delivered barnstorming Liszt, in one of his encores, in true Russian-tyro style. Everything in this programme was thoroughly considered, but such is the intelligence of his approach his audience rapport never sounded calculated. This recital was originally scheduled for last November when Volodin ran into visa problems. In the meantime Schubert’s B-flat Piano Sonata (D960) had become the D935 Impromptus.

In her programme note, Harriet Smith made the point that it’s wrong to think of Schubert’s second set of Impromptus as a Sonata-manqué, but Volodin’s performance nevertheless gave them a sort of mutual dependency, in which the personality and pianism of each were carefully balanced. The fact that Volodin moved the advertised interval – thus separating the Schubert from the other two works – also suggested their self-sufficiency. The First Impromptu’s opening had a Beethoven-like assertiveness to it that Volodin developed into a tug between the motivic and the rhapsodic, and his transformation of Schubert’s intricate decorative passages that acquire a life of their own was masterly. Just as admirable was the control and tact with which he discerned the difference between the up-front and explicit Schubert and music much more shadowy and recessive. This was the case in the Second piece, its sense of direction gathering momentum by stealth. The Third of the set, the ‘Rosamunde’ variations in B flat, confirmed Volodin’s affinity for Schubert in playing of formidable perception, expressive tonal range and superb delicacy. Obviously there isn’t one ideal performance, but his understanding of its scale, the degree of attention to colour and detail, and neat adjustment of intensity in the repeats gave great pleasure. This Impromptu’s other-worldliness was deepened by the trenchant focus and bite of the Fourth, enlivened by wonderfully acidic trills.

Following the break, Volodin took the difference between statement and expansion to extremes in Chopin’s Polonaise-Fantaisie. Just the questioning re-workings of the first bar were enough to suggest how completely the confident polonaise generates its own soul-searching fragmentation. With impeccable judgment, Volodin applied fortissimos sparingly and to shocking effect, and he endowed the gentler passages with an impressionist haze. Just as you thought the dance was putting down roots, Volodin would inflect a harmony or unpick a phrase to suggest otherwise. The close sounded more like an abandonment of tension than a triumph of one element over another. This may be one of Chopin’s largest-scale works, but Volodin reminded us that it is also one of the most fragile.

Volodin’s astute psychology was applied lavishly to the 21 character-sketches that make up Schumann’s Carnaval, the parade of friends, unattainable lovers, musicians and comedy characters brimming with vitality. Volodin knew exactly when to narrate and when to commentate. This gave Schumann’s brief self-examination in ‘Eusebius’ and ‘Florestan’ (V and VI) and the portraits of Chiarina, Chopin and Estrella (XI, XII and XIII) an extra poignancy, and Volodin was marvellous at keeping the waltz-tune tantalisingly out of reach. He was just as effective and witty in the very brief codas to some of the pieces, and throughout there was a sense of affectionate, well-husbanded energy and lightness of touch. He played the normally silent three ‘Sphinxes’ (the ciphers that permeate the work), but they didn’t impinge on his compelling progress through Schumann’s inimitable imagination.

Volodin’s first encore, Chopin’s F-minor Mazurka (Opus 7/3), made the music’s syncopations bristle, then his barnstorming playing of Liszt’s Tenth Transcendental Study predictably cued a standing ovation, and he finally lowered the temperature with Medtner’s ‘Canzone Serenata’, the sixth of the Opus 38 Forgotten Melodies.