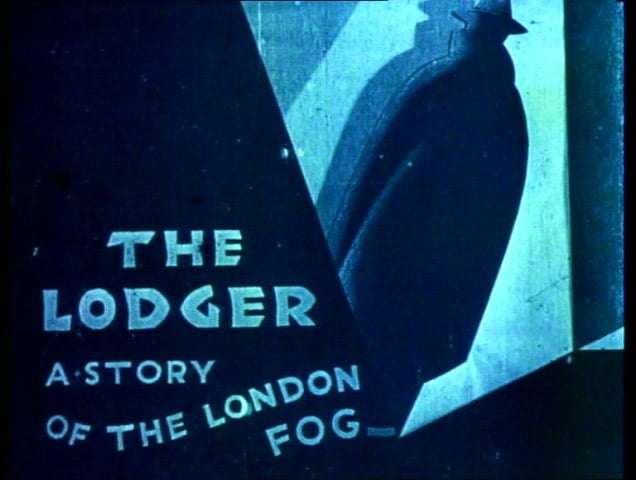 As the second part of the Southbank Centre’s Alfred Hitchcock triptych – the other films shown being Psycho and Vertigo – with The Lodger (1927) all of the familiar Hitchcock characteristics are present for the first time – the manipulation of suspense, an innocent protagonist hunted down by an unforgiving society and an association between sex and murder. It is also his first film to include what would become a characteristic cameo – ‘Hitch’ is seen sitting at a desk in a newsroom on the phone.

The film focuses on the search for a Jack the Ripper-like serial killer called The Avenger who targets blonde women on Tuesday evenings. A mysterious young man (played by Ivor Novello) comes to a Bloomsbury boarding house and paces the floor relentlessly before gliding out of the house on a series of nocturnal journeys. Inevitably he becomes a source of suspicion for the Landlady and her husband as they worry that their fashion-model daughter Daisy may be the next victim.

The film is rich in effects, one being the scene with the transparent ceiling where the perturbed Novello is revealed pacing his floor from the room below; another is the overhead close-up of a man’s hand on a banister gliding slowly down flights of stairs before eventually vanishing into the night. The many ominous camera angles and the claustrophobic lighting reveal Hitchcock’s debt to German Expressionist cinema. The final hunting-down of the suspect by the mob is relentless and culminates in Novello manacled to a railing in a Christ-like manner. Hitchcock tells the story in a thoroughly visual way and there are surprisingly few intertitles. 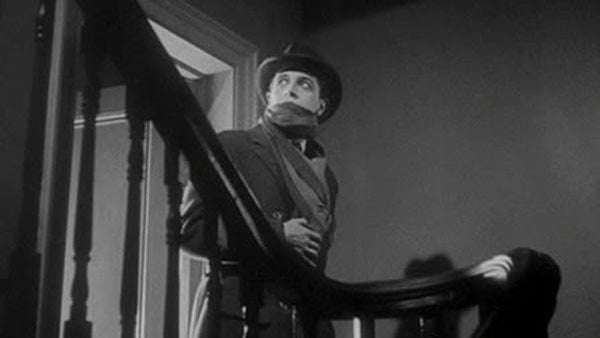 Part of the problem with The Lodger is that Novello, Britain’s leading matinee idol at the time, had to be found innocent to satisfy his fans. Hitchcock wanted him to be the murderer, as in the book by Marie Belloc Lowndes, but eventually bowed to commercial pressures; however he maintains a dramatic ambiguity about the character for most of the movie.

The strikingly handsome Novello has a real presence which combines a sense of mystery with an increasing fragility as the film develops. His luminous eyes become mesmeric and June Tripp gives Daisy both elegance and a less-than-innocent sexuality; the scene where the Lodger and she kiss has a passion rare in British cinema at the time, and Marie Ault as the suspicious Landlady is cleverer than she first appears.

Several composers have provided orchestral scores for The Lodger including Nitin Sawhney and Neil Brand. David Briggs, playing the Royal Festival Hall organ, takes a different approach with an improvised accompaniment which used over a dozen motifs to denote character or mood. Briggs was seated behind the screen showing the film whilst two smaller monitors either side provided views of the keyboard, foot-pedals and overhead shots. Whilst initially interesting this did become wearing and detracted from the importance of the film itself, particularly as a fine new BFI print was being used.

Briggs is a vastly experienced movie organist, as well as a noted arranger of Mahler Symphonies. He has accompanied Rupert Julian’s The Phantom of the Opera (1925) nearly three-hundred times and always seeks energy and variety of texture, never allowing stasis. Composers from Wagner to Richard Rodgers via Kurt Weill’s ‘Mack the Knife’ are pressed into service, the latter as The Avenger’s theme, and Scott Joplin’s Maple Leaf Rag accompanies Daisy at a fashion show. Some other usages work less well though, such as Henry Mancini’s Theme for The Pink Panther to go with the lugubrious flatfoots on the case or ‘Daisy, Daisy’ for … Daisy. Sometimes the emphasis on humour was at-odds with the film and tension dissipated, although at the film’s close Briggs unleashed fearsome power both for the rescue and romantic resolution. His playing, never dense or thick-sounding, was formidable throughout the ninety minutes.