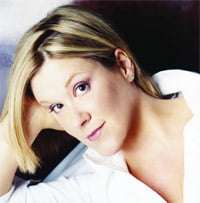 I think Elena Gerhardt was the first woman to essay Winterreise in a public concert. And in modern times Brigitte Fassbaender has recorded the cycle impressively. Alice Coote, whose art is being celebrated with a number of events at Wigmore Hall, sang it with Julius Drake at the hall almost four years ago; and they will repeat the feat on the 28th. Both performances are being recorded for the Wigmore Live label.

This first effort began rather insensitively, with the piano often too loud and assertive and Coote, despite having the score in front of her, muddling two lines in the very first song, ‘Gute Nacht’. I always have the inexorable tread of Heinrich Rehkemper and Manfred Gurlitt in my mind’s ear in this song and Coote and Drake – two very game birds – were too extrovert. Things were little better in the second song.

Suddenly, as Drake introduced the third, ‘Gefrorne Tränen’, the interpretation moved into a completely different dimension. Any initial nervousness had been shrugged off and the two artists began to work together in a meaningful way. If Coote has a vocal fault, it is that she is inclined to squeeze her tone out when being emphatic or dramatic. There were some instances early on, but gradually she relied more on the natural speaking qualities of her voice, even when singing out or emoting. For his part, Drake suggested all sorts of orchestral effects in the piano part but did not draw too much attention to them.

‘Der Lindenbaum’, which Misha Donat’s excellent programme note reminded us was the sole song to be liked by Schubert’s immediate circle, was very well phrased. The contrast between the seriousness of ‘Rast’ and the skipping rhythm of ‘Frühlingstraum’ was nicely brought out. I was not quite sure why ‘Täusching’ was treated as if it were the second part of ‘Der stürmische Morgen’, but it worked in context.

I have always felt that there must have been a reason why Schubert made the last four songs so simple. An invitation, perhaps, to the singer to rely on tonal variation rather than tempo or rubato for expression. With their old men’s voices, Julius Patzak (in ‘Die Nebensonnen’) and George Henschel and Harry Plunket Greene (in ‘Der Leiermann’) managed to create unforgettable sound-pictures. Julius Drake set fractionally too slow a tempo for ‘Das Wirtshaus’, so that the phrases sagged slightly, and Coote put too much emphasis into ‘Mut!’ instead of stressing its rhythmic buoyancy.

But the last two songs were memorable. The extraordinary simplicity of ‘Die Nebensonnen’, with its melody made up of a minimum of notes, was well achieved. And in ‘Der Leiermann’, Coote developed the hints of expressionism that she had given us earlier, without overdoing the strange vocal effects.

Not, I think, a great Winterreise, but an honourable tilt at a masterpiece which, for listeners as well as performers, must always be a work in progress. I am grateful to have heard it.