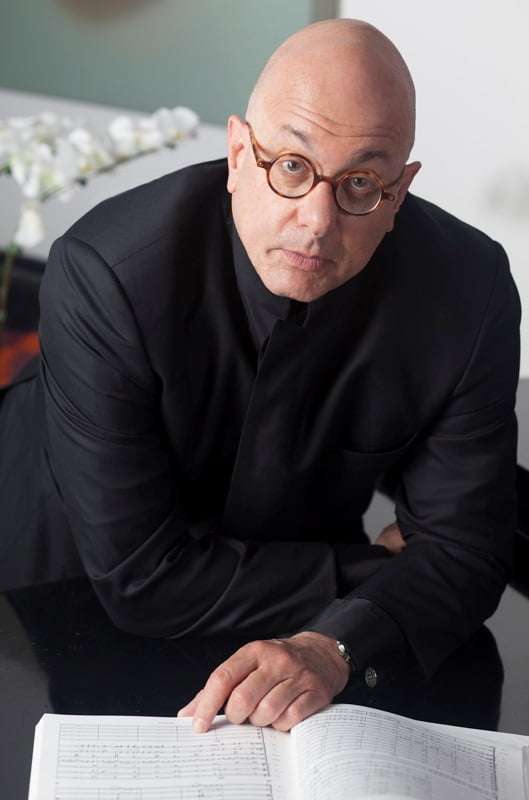 The American Symphony Orchestra’s music director, Leon Botstein, often seeks out music – some little-known – that addresses a common extra-musical concern. In this thought-provoking Carnegie Hall concert, described as “an evening that reflects on the immense destruction that marked the first half of the last century”, the three chosen works can be heard as a response to the horrors of War (although Ralph Vaughan Williams strongly denied this regarding his Sixth Symphony).

Two of the pieces use words to convey their powerful imagery; for Ligeti and Schnittke the connection to war, death and unspeakable tragedy is explicit.

The third, an enigmatic Symphony, is anything but abstract. Vaughan Williams’s Sixth was composed in the late-1940s, following London bombing raids and with concurrent Cold War tension and the threat of nuclear destruction. In addition, the composer’s military service as a medic during the Great War of 1914-18 affected him deeply and had already been reflected in A Pastoral Symphony (Symphony No.3). Despite the composer’s denial of any specific meaning or link to world events, the Sixth seems to provide a searing portrait of its times. The work is alternately violent, brooding, ugly, and (for a brief moment) beautifully lyric and meditative, its four movements playing continuously. In the slow finale’s hushed pianissimo (throughout), eerie in its grey dead calm, one can easily sense a quality of a lifeless world.

The two choral works were equally moving, each disturbing in its own way. György Ligeti, not only Jewish but Hungarian, lost members of his family in Nazi death camps, and also suffered under Soviet oppression. His Requiem (1965) is a terrifying piece, its choral tone-clusters and fragmented vocal solos punctuated by angular, vicious orchestral outbursts.

Although many people have heard excerpts as part of the soundtrack to Stanley Kubrick’s 2001: A Space Odyssey, a performance of the entire work is a rarity. The Bard Festival Chorale created a remarkably massive texture, alternately anguished, mournful and angry, and the pointillist vocal solos, rising above the choral cries, were projected to stunning effect by Jennifer Zetlan and Sarah Murphy.

Alfred Schnittke’s Nagasaki (1958) is a young man’s piece, composed when the composer was in his early-twenties. In fact, it was begun as an assigned work, using an officially approved Soviet writer’s text, but Schnittke boldly edited material he felt unsuitable and also added Russian translations of Japanese poetry. His musical style is still unformed here, and Nagasaki is indebted to those models a young composition student would have found attractive: Shostakovitch – who defended Nagasaki against critics – is present, and one can hear echoes of Carl Orff’s Carmina Burana and Prokofiev’s Alexander Nevsky. Nevertheless, the work is often quite gripping in its evocation of the horror, and the sorrow, associated with the nuclear bombing of that Japanese city. Sarah Murphy’s aria was very touching, and the members of the orchestra and of the chorus acquitted themselves admirably.