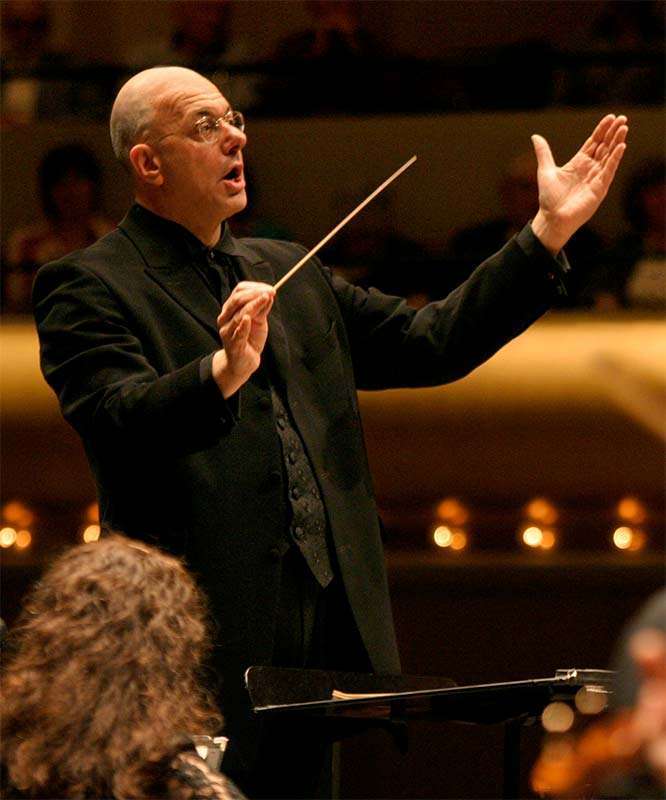 Why is it that some composers’ music has withstood the test of time while others’ creations have faded into oblivion? The obvious answer might be that their music simply lacks sufficient substance to endure. In many cases a negative judgment results from extraneous circumstances, sometimes political in nature. One such composer is Max von Schillings (1868-1933), whose final opera Mona Lisa has been resurrected by Leon Botstein, and given this American Symphony Orchestra concert performance.

During the period between the two World Wars, Schillings was regarded in Germany, alongside Richard Strauss and Hans Pfitzner, as a major conductor-composer, but after World War Two his music faded from the scene, principally owing to his Nazi sympathies. However, he and others were overshadowed by a younger generation that included such notables as Franz Schreker and Arnold Schoenberg (both of whom Schillings had fired while leading the Prussian Academy of the Arts). Mona Lisa keeps Schillings’s name from being completely forgotten. 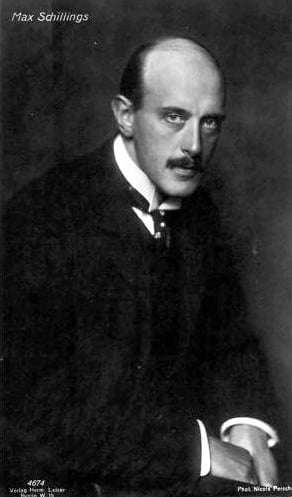 Schillings’s idea for an opera about the Leonardo da Vinci painting originated in 1913, when he received a poem on the subject, and later a libretto, from Beatrice von Dovsky. He completed it while serving as a medical orderly in World War One. It was premiered in Stuttgart in 1915, with the composer’s wife, Barbara Kempe, singing the title role, and shortly thereafter received performances in Vienna (with Maria Jeritza) and Berlin (with Strauss conducting). However, despite its success, the opera was dogged by controversy and ultimately banned, owing to the eroticism of its story and the music’s sensuality.

Schillings combined elements of Impressionism, verismo and Wagnerian influences to create a late-romantic opus, using lengthy scenes rather than recitatives to make the action easy to grasp. Outbursts of emotion are rare, although Schillings’s lack of excess does not detract from expressive character and dramatic impact. A few leitmotifs, particularly those relating to Mona Lisa, guide us through the opera.

The principal action takes place in Renaissance Florence, and is bracketed by a brief ‘Prelude’ and ‘Epilogue’ set in the present day. In these framing scenes, a lay brother relates to a visiting couple the story of the palace that was once occupied by Francesco Giocondo and his wife, Fiordalisa Gherardini, the subject of Leonardo’s artistry.

Act One begins in 1492 with a carnival procession in Florence, led by the notorious courtesan Ginevra portraying Venus, which Savonarola’s monks interrupt, threatening the participants with damnation for their sinful display. Francesco tells his friend Pietro that he is troubled by the smile that appears on his wife’s face in Leonardo’s portrait, for she does not smile at him like that. Giovanni, Lisa’s lover before her marriage to Francesco, comes to purchase a pearl from his famous collection, which is kept in a shrine that serves as a vault sealed so tightly that no-one could survive in its locked confines for more than an hour. When the former lovers are alone, Giovanni tries to persuade Lisa to flee with him, and then hides from the returning Francesco, who notices the same smile on Lisa’s face that appears in her picture. He secures all the doors, forcing Giovanni to hide in the shrine, and then tosses the key into the river (he thinks).

In Act Two, after Lisa awakens the next morning, distressed over Giovanni being helpless in the shrine, her stepdaughter arrives, bearing the key, which she has found in her boat. Lisa tells Francesco that she wants to wear the pearls and presents the key to him, explaining how she came by it. Francesco concludes from Lisa’s calm demeanor that Giovanni has somehow escaped, and enters the shrine. Lisa, with diabolical glee, locks the door. At this dramatic point, the ‘Epilogue’ returns us to the present day and a conclusion of the narrative, referring to the “house of horrors”. As the visitors leave, the lay brother has the strange feeling that the woman bears an uncanny resemblance to Lisa.

Although Botstein deserves much credit for unearthing this minor masterpiece, his perfunctory conducting did little to reveal its many musical merits. The ASO followed Botstein’s few directions and played extremely well, yet seemed uninvolved. The Bard Festival Chorale enhanced the carnival scene with admirable adversarial choruses of Mary and Venus and demonstrations of the monks’ call for repentance, and they graced the end of Act Two with a hushed chant of “Misericordia”.

A successful performance of this engaging opera depends on the singers of the title-role and Francesco, who have some of the opera’s most dramatic moments. However Petra Maria Schnitzer’s stone-faced demeanor (where was that famous smile?) and cold-as-ice vocalism in all but the final scene, paired with Michael Anthony McGee’s limited range and rather colorless voice, severely restricted the depth and intensity of the couple’s hostile encounters. Although standing side-by-side, the two hardly ever reacted to each other, while in complete contrast, Paul McNamara sang the lay brother and Giovanni with extraordinary power and intensity. His ringing high notes and his fervent acting lent extra passion to the love-duet with Lisa.

Among the remaining soloists were Ilana Davidson who gave a winning portrayal of Ginevra, her perpetually smile contrasting markedly with the absence of one on Schnitzer’s face; Justin Hopkins as Pietro; Lucy Fitz Gibbon, who was charming as the diminutive Dianora; Robert Chaflin, an ardent Arrigo, especially in ‘When, oh beloved child’; and Katherine Maysek, an efficacious Piccarda.

Presented here with a printed English translation, unearthing rare scores is a worthy endeavor, but a Mona Lisa without a smile is not likely to generate enthusiasm or lay the groundwork for the staged production that this opera deserves.