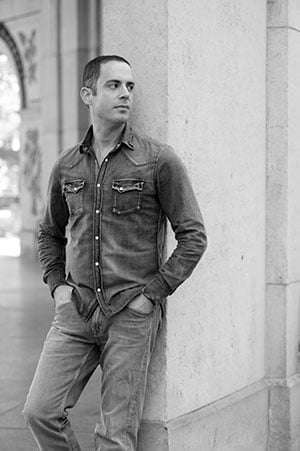 All-Schumann piano recitals are not so frequent that they can be considered anything other than out of the ordinary, and it is a brave pianist who plans such an evening, for although Schumann’s piano music is the product of a great and original composer, and has long been a part of almost every music-lover’s education, it is not necessarily a crowd-puller.

So the pianist has, of course, to be rather more than brave if the event is to succeed, but some idea of the appeal of this quintessential German early-Romantic composer may be judged from the quite large numbers that turned out to hear these masterpieces, many of the audience having doubtless been appraised of the qualities of this Israeli pianist, who was rather belatedly making his London debut at Wigmore Hall.

Kinderszenen is a rare recital opener, but it was a perfect choice on this Sunday evening, and within a few pages we sensed that we were in the presence of an exceptional artist. Katz’s finely-spun and consistent tone immediately drew the listener in: his phrasing was immaculate, his voicing quite superbly weighted. Some purists might have objected to his tempo, for so many pianists play it at a speed that suggests it is a precursor of Impressionism, but not me – at Schumann’s metronome markings it was almost, as Katz said in a particularly interesting and revealing interview, “as though a child is singing it”, and his combination of simplicity, pace, tonal excellence and expressive phrasing began the work in a manner which told us that all was going to be well. And it was – this was one of the finest performances of this immortal work I have ever heard, and the manner by which Katz dispatched ‘Ritter vom Steckenpferd’ was simply superb – effortless and innocent, making light of the fearsome technical demands.

The three works chosen for this recital were written between 1835 and 1838; next was the F minor Piano Sonata, sometimes tellingly termed ‘Concert sans orchestre’ (Concerto without Orchestra). The ‘telling’ part here is that the work has two titles, a pretty clear indication of Schumann’s uncertainty as to what he had created. All of this music was composed within seven to ten years after the death of Schubert, and the F minor Sonata (1835) is already in a wholly different world to that of Schubert’s last three Piano Sonatas of 1828 (posthumously published and handed to Schumann). He was already the quintessential Romantic composer by this time, and – as Katz further explained – it was written during a particularly stressful period for the composer; with Schumann’s underlying mental troubles, no wonder it has a musically bipolar character, the composer reacting in music to the situation in which he found himself.

The result is a work that one simply has to take on its own terms, and not criticise it for being what it was never intended to be. Thus it throws considerable challenges to the pianist, but Katz was fully up to them. The concluding page of the slow movement was deeply moving: rarely, if ever, can those repeated diminuendo closing chords have sounded so affecting and poignant, yet subsumed to the pianist’s overall conception.

More was to come in Davidsbündlertänze, a reading of quite outstandingly consistent penetration and beauty: Katz found his audience with him on this journey. On this showing, he is a pianist of the front rank and I look forward to hearing him again in London soon.