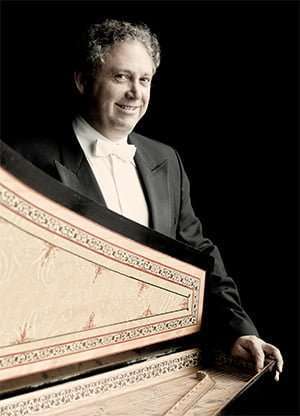 Although fully-fledged operas from native English composers remained a largely unfulfilled prospect in the Baroque age, this programme nevertheless drew attention to the respectable amount of music-drama which flourished for many decades after the Restoration, reaching its apogee in Handel’s achievement. In the new Guildhall School/Barbican Centre Milton Court, the Academy of Ancient Music was on particularly ebullient form in this concert, starting with a robust account of a Suite of instrumental pieces from Matthew Locke’s incidental music for The Tempest (1674), including a finely articulated rendition of its concluding double canon.

Accompanied by Richard Egarr on the harpsichord, Anna Prohaska then sang a selection of Purcell’s songs with all the intensity and dramatic nuance one expects from opera, but also with an intimate, rhapsodic freedom. Rhythmic flexibility in the melodies meant that she lingered on significant words, for instance the repeated calls to the “Lord” in the devotional With sick and famished eyes, while Tell me, some pitying angel (otherwise known as The Blessed Virgin’s Expostulation) allowed her to transverse a wide variety of emotional situations, as the Virgin fears for the safety of the boy Jesus in the incident recounted in St Luke’s Gospel where the child is lost in the Temple. Prohaska encompassed anxious fear, tender and joyful recollection, and disappointed hope as twice she made a triple supplication to the Angel Gabriel in vain, the second time leading to a well-judged, devastating silence. 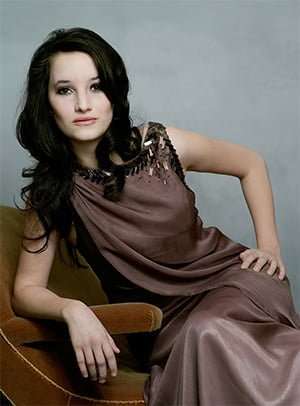 A sequence of instrumental and vocal numbers from Purcell’s The Fairy Queen (1692) brought all the performers together. Similarly to Prohaska, the AAM showed nimble variety, switching between a stately opening ‘Air’, a dainty dance for the Fairies, and jauntier items for the Green Men and the Haymakers, plus a ‘Monkeys’ Dance’. The vocal highlight was ‘The Plaint’, in which Prohaska’s mournful melodies were closely imitated by the solo oboe. In ‘See, see, even the Night herself is here’ the still and steady unfolding of the tune in the upper strings equally well evoked the monotony of the hours of darkness as well as the text’s murmuring streams and pleasing dreams. Prohaska’s seamless, silvery lines interwove with these instrumental textures magically.

Thomas Arne’s Overture No.6 (1751) opened the second half – a symphony in all but name which, like the symphonic innovations of the Mannheim school, exploits some stark contrasts between piano and forte; the AAM certainly drew these out. The musicians also brought out the pounding, rocking theme of the fugal Allegro, akin to the fast sections of a number of Handel’s overtures (those of Ottone and Alcina, for instance). But it was hardly the AAM’s fault if Arne’s harmonic stratagems fail to lead anywhere, a deficiency Handel would never have countenanced. Handel’s own proto-symphonic abilities were displayed in a determined performance of the introductory Sinfonia to Saul, albeit a touch heavy-handed in the final Minuet.

This was sandwiched between numbers from Handel’s operas and oratorios. Prohaska sang from two of the composer’s relatively early Italian operas, in both cases taking on the role of a sorceress tormented by unrequited love. ‘Vo’ far guerra’ is as much of a vehicle for the harpsichordist as for the singer, and despite Prohaska’s exemplary clarity of tone, the performance seemed to become a competition between her and Egarr. ‘Ah! Spietato!’ played better to her strengths, enabling her to sustain long, yearning notes to melting effect over the throbbing accompaniment. She achieved the same in ‘Farewell, ye limpid springs and floods’, Jephtha’s farewell to life before she is sacrificed, while Prohaska adjusted her voice to become somewhat lighter – poignant in context – for the contrasting section at “Brighter scenes I seek”. Finally she demonstrated real sparkle and joy in ‘Let the bright seraphim’, particularly in the cascades of ornaments in the da capo section which were superbly controlled and not needlessly showy. Dignity and restraint were also the hallmarks in Purcell’s ‘When I am laid to earth’ from Dido and Aeneas, which was given as an encore.