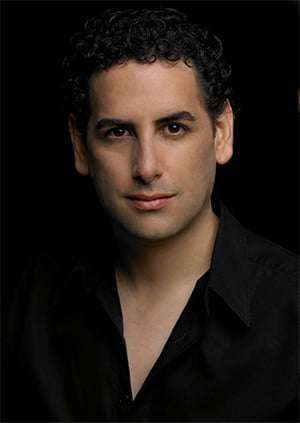 The woman sitting next to me had come up especially from deepest Norfolk for the first concert in Juan Diego Flórez’s Barbican Centre residency, and was getting a bit jittery about her train home. I wondered how it would have been if her Peruvian lyric-tenor god had been late, or a bit stingy with his contribution, or singing on international auto-pilot. Flórez, though, didn’t let her down with this dazzling, generous concert of superlative singing – and not only from him, but also from his co-stars.

This wonderfully consistent artist is still at the top of his game in music that on the page often looks impossible, and which he sings with matchless authority, imagination and – that rarely attained wow-factor – grace. It helped that he had an easy rapport with his unbuttoned fans, a rapport that can charm the birds out of the trees; and his sharing the stage with three other singers only enhanced the open-handed, big-hearted feel of the event. He and Joyce DiDonato went straight in at the top with a substantial chunk of La Cenerentola, from Act One, where the disguised Prince Ramiro and Cinderella fall in love. That was exciting enough, with both singers blurring the boundaries of substance and decoration with captivating ardour, but DiDonato brought the house down with ‘Nacqui all’affano’: the coloratura just got more stylish, virtuosic and thrilling.

Meyerbeer’s virtually forgotten The Crusader in Egypt had a partial outing with a big tenor aria, high and very martial, with Flórez’s ringing top notes energising music that could almost be by Rossini. In extracts from L’elisir d’amore, Flórez was totally disarming in ‘Una furtiva lagrima’, with a brief cascade of a cadenza and some ravishingly placed major/minor phrases, sung with a rightness that momentarily winds you. Marco Caria, who gave Belcore’s own-trumpet-blowing ‘Come Paride vezzoso’ some imposing bluster, provided solid background patter for more Flórez flights in ‘Venti scudi’.

Julia Novikova sang a fabulously aerated ‘Je veux vivre’, beautifully pitched with trills of gravity-defying lightness and lack of breathiness, and DiDonato returned with a change of costume and style to fire on all cylinders in an heroic ‘Se Romeo.Although Flórez was saying in 2009 that the Duke in Rigoletto pushed his voice too much and that he’d leave it for ten years or so, here he was in three hefty chunks of the opera. Perhaps his voice doesn’t have the sort of lower colour and bite you might expect in the role, but the long lines of ‘Parmi veder’ suited him admirably, and in the great Act Three quartet ‘Bella figlia’ he caressed its swooning lyricism and twisted its tension with great conviction. Perhaps not the most natural accompanists, the LSO, conducted at short notice by Guillermo Garcia Calvo (replacing Karel Mark Chichon), supplied rather anonymous support that only came into some sort of focus in a dark, engaged account of the Overture to The Sicilian Vespers. The two encores were a deliciously hammed up ‘O sole mio’ and the ‘Brindisi’ from La traviata.