Kyriakides
An Ocean of Rain [libretto by Daniel Danis]

A young prostitute-cum-junkie on the run; a political refugee who runs an orphanage; a disillusioned archaeologist who, together with a doctor and architect trying to stabilise their relationship, arrive to help at the orphanage: put them in the volatile environs of Port-au-Prince, throw in an environmental catastrophe, and you have the basis of Daniel Danis’s libretto for “An Ocean of Rain” – Yannis Kyriakides’s stage-work premiered at Aldeburgh last month and now arriving at the Almeida Summer Festival.

A composer having already garnered a reputation for his innovative use of improvised and electronic components, Kyriakides evidently hears in visual terms: certainly no-one could accuse the present work of lacking evocative qualities. The problem lies with the essentially static nature of his ideas and their failure to motivate those incidents that occur such that they fuse into a greater or more cumulative dramatic entity. 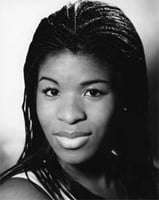 65 minutes is a long time to be dependent on atmosphere alone. In part this has to do with the characters. That of Kiev – through whom virtually the entire scenario is played out retrospectively – is separated from the others by being a spoken role; rendered with undoubted if unvaried vehemence by Claire Prempeh, and with whom one sympathises as a victim of circumstance than through her individual plight. In this regard it is Sister Delhi, eloquently sung by Hyacinth Nicholls, who more readily evokes empathy.

The others, for all that they become integral to the drama as it unfolds, never cross the line dividing ciphers from autonomous figures – though the world-weariness of Cairo is aptly conveyed by Katalin Károlyi, while the lyrically intertwining lines that increasingly denote Kyoto and New York are potently expressed by Anna Dennis and Camille Hesketh.

For its part, Ensemble MAE (its members clad in almost identical casual attire) provides a sensitive aural backdrop, with electric guitar and Indian harmonium extending the instrumental palette in various and imaginative ways (though it is surely accidental that the initial sequence sounds like a hazy recollection of the backing track from the Velvet Underground’s “Venus in Furs”?). That these musicians are drawn inexorably into the drama is confirmed by the coup de théâtre which presages the depiction of the tsunami soon to overwhelm the sung characters – leaving Kiev to carry on the work of the orphanage as part of a coming to terms with her previously fractured existence.

In contrast to its unfocussed effect hitherto, the video imagery here is mesmeric in its stark portrayal and pathos: one of those surprisingly rare instances where sound and vision meld into a much greater totality. Despite this, “An Ocean of Rain” leaves an underwhelming impression – mainly because words (projected with exemplary clarity) and music largely fail to integrate at a deeper dramatic level. Which is not to suggest that Kyriakides cannot remedy this in future stage-works, which are awaited with interest.