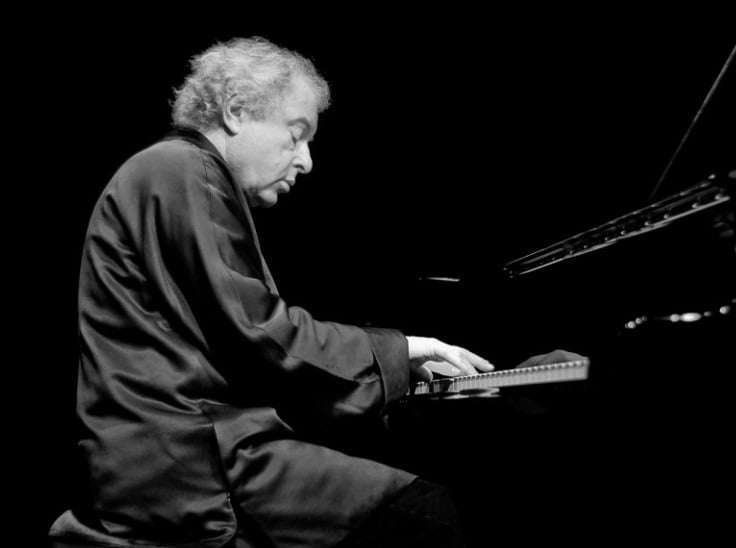 András Schiff is known for the refinement and clarity of his playing and his straightforward interpretative style that eschews solipsistic affectation and focuses on transparency and intimacy. These characteristics were apparent in these performances of Piano Sonatas by Haydn, Mozart, Beethoven and Schubert.

Schiff heightened contrasts between strong and soft subjects, relentless vigor and forceful accentuation balanced effectively against delicate, wistful treatment of lyrical material. Slight nuances – such as easing up on appoggiaturas or adding a luftpause between sections – enhanced the dramatic effect almost as much as his pounding chords and vibrant energy. With the exception of the Mozart, Schiff concentrated on revealing the quasi-romantic drama that he sees as the core of these works.

Even in the Haydn, Schiff’s dynamic and intense way with the opening Allegro looked forward to Beethoven, while his delicate touch elicited a dream-like quality in the Andante that was almost Chopinesque. Childlike puckishness and adamant assertion conflicted in dialogue in the finale. Schiff’s rendition of Opus 109 was also forward-looking, anticipating Schumann’s melodic contours in the first movement, with its focus on contrasting sections enclosed by parenthetical structures. In the finale, Schiff brought out the special character of each of the six Variations on the sarabande-like Theme, with mesmerizing fluid passagework in the fourth and a strong-willed walking bass in the fifth. When the Theme returned at the end, its endearing simplicity made us realize how far afield Beethoven had taken us.

K545 is familiar to anyone who has studied piano. Although Schiff’s straightforward interpretation seemed slightly dashed-off, with phrase-endings sometimes swallowed and runs somewhat hurried, his approach was welcome, given the tendency of some pianists to force special effects upon simple musical statements. Schiff closed with Schubert. His intent to emulate a Beethovenian music-drama is evident from the opening bars, and Schiff played up this characteristic by emphasizing dynamic contrasts, hammering chords, riveting accents, emphatic attacks and a fiery temperament. The last of these was most ostensible in impassioned moments during the middle section of the Adagio and in the histrionic intensity that builds to an overpowering conclusion in the finale. Schiff’s ardently passionate expression, bordering on Lisztian bravura, was not only true to the core of the music’s character but also justified by the influence that Beethoven’s music had on Schubert.