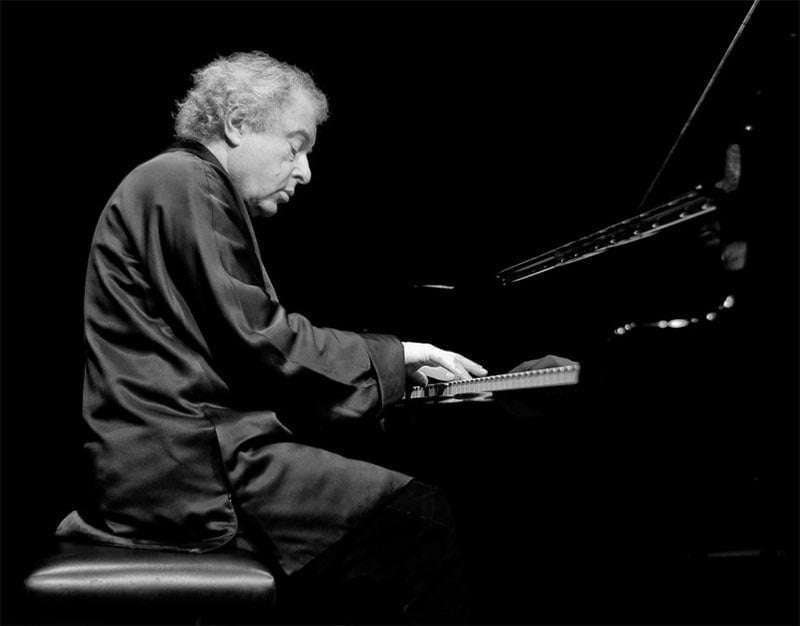 András Schiff has been one of the leading figures in refining Bach for the piano, and in this Wigmore Hall recital he was reversing the process by presenting Schubert on the fortepiano, here a Rolls-Royce of Biedermeyer instruments, Schiff’s own tonally and visually beautiful 1820s’ Brodmann that once belonged to the last Habsburg emperor. It comes with four pedals – a soft due corde, a buzzing bassoon pedal, a moderator that dampens the sound and a sustaining pedal, all of which suit Schubert’s orchestral aspirations in his later piano writing. Add the fortepiano’s characteristic separation of timbre between top, middle and low registers, and the result is radical. It’s even more radical if you have Schiff’s groundbreaking Schubert performances on modern instruments nagging subliminally in your inner ear.

Schiff has already demonstrated how well suited Beethoven’s Diabelli Variations are to the subtle palette of the same fortepiano (he’s using it again in this work at Wigmore Hall on the 13th for his Beethoven programme), and you could sense the audience tuning into the intimacy of the sound as much as the poignancy of the fact that it was an instrument such as this that launched two major keyboard works of early German romanticism.

In the G major Piano Sonata, Schiff had us on the edge of our seats to catch the quietness of the opening in which the voicing of each of those repeated chords spoke with great clarity. There was no sense of strain or of Schiff scaling down the music’s huge dynamic range, and, as one can imagine Schubert doing, his legato playing worked wonders with the instrument’s less resonant delivery. His articulation of the first movement’s fortissimo passages had a focus that spoke volumes even if they lacked the volume we’ve become used to. Aerating the whole fabric was the signature ease of Schiff’s rubato, the nuanced placing of a particular note or decoration and, in the finale, the dance rhythms that vitalise the music. I recall the impact this Sonata first made on me, and this performance renewed that sense of discovery.

As has become his habit, Schiff was playing both works without an interval, about which I have my doubts, but in any case a brief break became necessary just after Schiff had started the B flat Sonata, when a noticeable tuning problem required attention (and the technician didn’t have time to adjust the top register, lending some octave passages a period piquancy). Those five minutes or so gave just enough time for the audience to regroup for one of the most internalized readings of D960 I have heard.

The lightness of the fortepiano action enabled Schiff in the first movement to enhance the ghostly presence of all those repeated notes, the distinctive bass register gave the cavernous trills a special presence as they shepherded the music into ever more remote regions, and the hesitancy of the return to the exposition was a moment of high significance. With the second movement at much the same speed as the first, Schiff darkened its mood of resigned melancholy in playing of unflinching directness, and the bell-like notes that drift through the accompaniment tolled with Winterreise-like desolation. The relief of the music’s transformation into the major key at the end came on the back of playing at the extremes of control and refinement, and Schiff’s relaxation into the Scherzo and Finale gave the Sonata as a whole a notable cohesion.

Over the years Schiff seems to have lost none of his gifts of communication and decisive interpretation, and here he surpassed himself. And he’s generous – once, when he was doing a Schubert series, he played the ‘Wanderer’ Fantasy as an encore. For this recital, he let us go with the anguished slow movement of the A major Sonata (D959).