Angela Hewitt began her International Piano Series recital with J. S. Bach, with whose music she first won hearts and minds. It is not so much that she reinvents Bach, it’s just that she absolutely ‘gets’ how Bach and the next composer in this programme, Beethoven, both transcend their period to become out-of-time figures, and her playing and insight layer both their context and hers. It makes for, particularly in Bach, one of the most convincing annexations of the high Baroque for our later, romantic, impressionistic and abstract times. The ‘Allemande’ from the D-major Partita was a case in point, as Hewitt’s serenely long-breathed account proliferated possibilities, and there was a blissful ambiguity of where structure and decoration become inseparable, enabling her to push the music ever deeper into quiet abstraction without losing touch with the main picture. 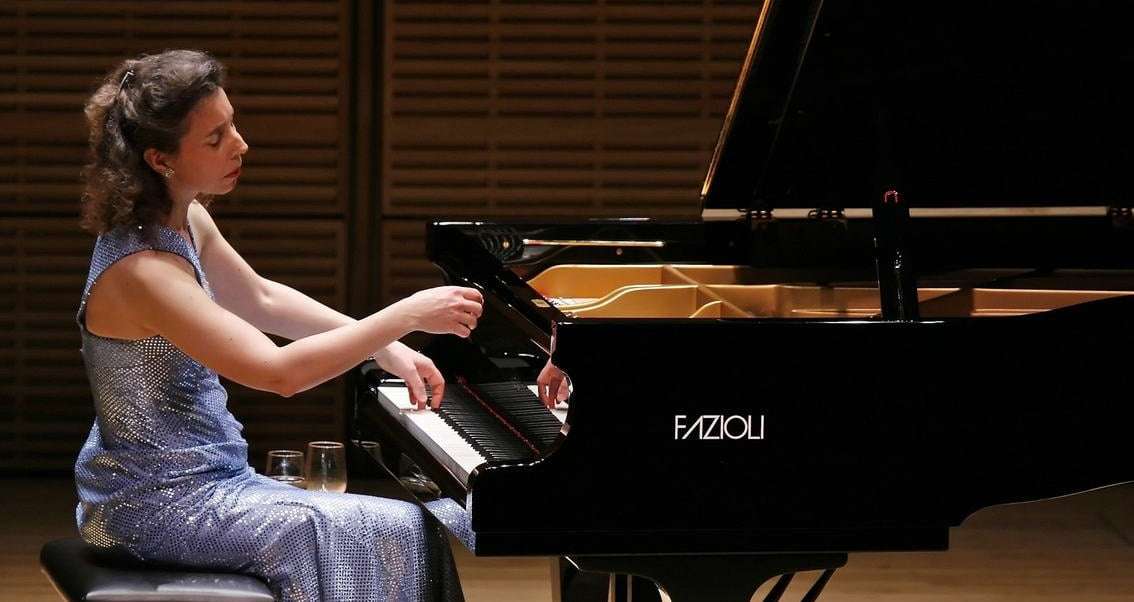 Dance is the foundation of Hewitt’s style, and her closeness to rhythm and the nuance of rubato is second to none. If you tap your foot to her beat, you instantly get the organic pliancy of pulse and bounce that ripples through everything she touches. She is also wonderfully inventive in the way she re-assesses repeats – in the ‘Sarabande’, they sounded like ghostly doppelgangers.

Her Fazioli piano, with its immediacy and non-bright middle-to-top register, suited her eloquent swells and withdrawals of tone, and worked well for the first movement of Beethoven’s ‘Moonlight’ Sonata, the triplets colour-less and barely reflective, the pungent discord all the more effective for unaccented, and submerging the mournful horn-like tune at the end, in a way vaguely anticipating ‘La cathédrale engloutie’. A bit more brightness would have lifted the Finale’s drama, but it was still tight and relentless, one of Sturm und Drang’s more violent full-stops.

For a pianist who can establish mood and mannerism in seconds, Scarlatti’s short, dense and ultra-expressive Sonatas are made for her, and her mercurial attack is as much a joy to watch as well as to hear. They also showed off her elegant showmanship in some tremendous and precise ricochets of repeated notes and rapid hand-crossings. Ravel was a great admired of Scarlatti, something that Hewitt kept in mind in Le tombeau de Couperin, in which Ravel took refuge in Baroque poise and perfection. Hewitt’s restraint here was exceptional, honouring Ravel’s memories of friends killed in the First World War in particular and of the French style in general, with style and character filtered through Hewitt’s rich sensibility and imagination.

More Ravel followed in her first encore, a distracted and haunting Pavane pour une infante défunte, and then she rounded off this compelling evening with Debussy, La fille aux cheveux de lin (Préludes, Book I), played with a barely sustainable fragility. Hewitt never disappoints, but here she was on magnificent form.