Last-minute defections have been uncommon in the long and proud history of Rosenblatt Recitals but when one does occur it must cause a real headache. Losing the versatile Italian tenor Fabio Armiliato for the second time must have been particularly frustrating. This season there is the additional complication of the contract with Sky Arts to record a number of the current season’s recitals for summer 2013 transmission. 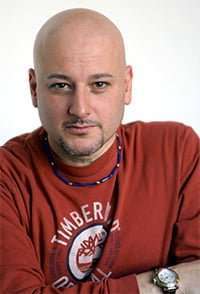 At least the networking Ian Rosenblatt and his team have done must be a major factor in speedily recruiting a substitute. He was distinctly upbeat in his explanation from the platform. Antonino Siragusa is a friend of the series, having given two previous recitals at the old venue of St John’s, Smith Square. He did not keep the management on tenterhooks but declared himself willing to undertake a journey from Vienna to London in order to rescue the evening. Fortunately it was not necessary to find a new accompanist: Marco Boemi stayed at the piano and contributed much to a joyous evening.

Siragusa’s is a most unusual voice. The metallic quality does not appeal to all but the combination of a tenore di grazia’s agility with the explosive top notes of a lyrico-spinto tenor have led to an exciting time whenever I have heard him in. Presumably the programme was one which Siragusa has performed elsewhere and now brought out of the wardrobe to fulfil these particular circumstances: a first half of popular Italian songs balanced by a second half of familiar operatic arias. 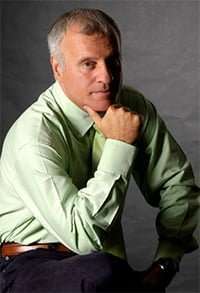 There is no denying Siragusa’s ability to don the romantic clothing of Bixio and D’Annibale. All the commonplaces of such music were there, the switch to the major key at the crucial moment, the taking over of the melody by the piano before the voice returns for the climax, but it is the singing which elevates a performance and leaves memories. Siragusa can croon with the best of the distinguished tenors who have moonlighted with this music and he did so here but nothing was routine. The controlled pianissimo he brought to Parlami d’amore Mariù was beguiling enough, but was even excelled by the final phrase taken in head voice. Memories of old records from the Golden Age were evoked. O paese d’ ‘sole was even better, equal to the Bixio song in terms of musicianship but with an added tenderness which seemed utterly authentic. The two Tosti songs with which the programme began are on a higher level, among the composer’s best, and both artists did them justice. Siragusa shaped the lines of A vucchella beautifully, with Boemi providing the intermittent lapping of the waves. There was more imagination and contrast in their performance of L’alba separa dalla luce l’ombra than I have heard. This was not just a race to the finish; the ecstatic climax was so much more satisfying for having been built from a soft middle section. Singer and accompanist were united in the use of rubato in Musica proibita, capped in Siragusa’s case by a muscular ending which first hinted at the excitement to come.

The second half showcased the tenor’s operatic range. The managing of the voice was admirable in wide-ranging vocal lines, the high notes spectacular in themselves and well integrated into the phrases, be they the arpeggiated flashes of Arnold’s cabaletta or the legato development of Romeo’s cavatina, which hinted at a possible expansion of the singer’s repertoire. If, as some suspected, the voice had darkened slightly since his previous appearances it was not at the expense of flexibility in the lighter repertoire with which he made his name. The graces were still expertly executed, Nemorino’s cadenza well rounded, the voice tripping through the runs of ‘Se ilmio’, which he sang to his own accompaniment. He made the most of the tenor aria from Gianni Schicchi, in which Rinuccio makes the case for a free and open Florence. This is a piece in which the words of his argument need to be heard and which was well suited to the clarity of enunciation which Siragusa showed throughout.

All was not perfect, though the only conspicuous shortcoming was a tendency to attack the opening notes of phrases from below. An isolated disappointment came in the exquisite air from Flotow’s Martha, sung in the conventional Italian translation. Perhaps that had something to do with the uneven quality of tone as the voice moved through the registers. These were minor matters; I have little doubt that Siragusa will join Giuseppe Di Stefano and Salvatore Fisichella among the supreme tenors that Sicily has produced.

There was a jocular relationship between the participants throughout the evening. The opening piano flourishes of Granada were but one example of the pianist moving into centre stage and taking advantage of it. Siragusa stood back in admiration as his partner exultantly wallowed in the percussive opportunities. He himself did quite a bit of gesturing towards the audience, mostly in gratitude, hands clasped in acknowledgment, right hand to heart. The encores were ‘La donna e mobile’ (Rigoletto) and the inevitable ‘Ah! mes amis’ from La Fille du regiment with all nine top Cs securely in place.