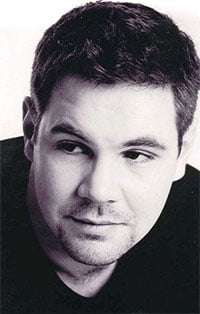 It takes a certain amount of courage to establish a new professional orchestra in hard economic times, but that is precisely what artistic director William Kunhardt and the young players of the Arensky Chamber Orchestra have done. This conflation of seasons from Vivaldi and Piazzolla was their first public outing and a further three concerts are planned for before the end of the year. This programme, slotting Piazzolla’s feisty South American pictures between the ubiquitous seasons of Vivaldi, showed a certain programming creativity which, judging by its future schedule, looks to be a welcome feature of the orchestra’s concerts.

Throwing together Vivaldi’s four concertos and Piazzolla’s four short movements is not necessarily an original idea: Gidon Kremer coupled the two on an ECM disc a few years ago, but it’s a scheme worth repeating. The Arensky players did go one better, though, by recognising the divide between northern and southern hemispheres and arranging the seasons accordingly (for instance, the northern Spring beside the southern Autumn).

Piazzolla laces his Four Seasons of Buenos Aires with references to Vivaldi; some are more integrated into the musical structure than others, and the music can tend to stand still and regard the appearance of a direct quote. The Arensky arrangement did make for one startling transition, though, the musicians moving seamlessly from Piazzolla’s subdued but sweaty ‘Summer’ into Vivaldi’s icy ‘Winter’ which, for a few moments at least, sounded like it might be another of Piazzolla’s mischievously distorted Vivaldi quotations. The orchestra and violin-soloist Andrew Haveron were at their best in Piazzolla’s seasons, being vivacious and impassioned yet flexible to the rapid changes of mood. Piazzolla’s music is infectiously alive and always a pleasure to hear, though the feeling remains that he’s good at one type of thumping fiery tango and not much more.

Without the titles, it’d be hard to say which season was represented in Piazzolla’s sequence: In his musical world, the populous of Buenos Aires seem to be furiously tango-ing whatever the weather. Not so Vivaldi: his Four Seasons always seem to be more varied than one remembers. The Arensky ensemble adopted an appropriately light style here without slavishly imitating the art of the ‘period’-instrument orchestra. Vibrato was unrestrained, though Haveron’s approach was much pared-down from his full-bodied Piazzolla playing. His tone was a little pinched for the Baroque items, particularly in the Largo of Vivaldi’s ‘Winter’ and he wasn’t helped by a broken string within the first fifteen minutes of the concert. A new one was fitted but seemed to cause an understandable problem with his intonation later on. Nevertheless, he did move easily between the vastly different playing styles of Vivaldi’s and Piazzolla’s seasons and led richly colourful accounts of each.

Any new group of players will lack the shared experience of playing together, and this did show in some matters of balance and entry. This will improve, however, and if the members of the Arensky Chamber Orchestra can match their ensemble-playing to their already evident dynamism and vigour then they will become an asset to London’s musical life and something of a triumph over economic adversity.