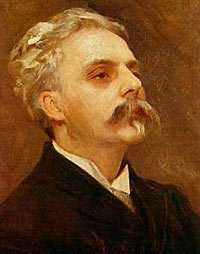 These two quintets, forming the BBC Radio 3 Lunchtime Concert, from the final decade of the 19th century, tend to be overlooked in the recital room in favour of their more popular contemporaries.

In Fauré’s case this applies to his piano quartets, their melodies more immediately accessible than in the piano quintets, which represent the composer’s later, harmonically more adventurous (and elusive) style. Yet despite agonising over the composition of this first quintet for eighteen years, the three-movement work is a thing of beauty. There’s no obvious reason as to why ensembles should be “nervous about it.”

The Aronowitz Ensemble, a collective BBC New Generation Artist and comprising promising soloists in their own right, gave a splendid performance. Immediately apparent was the players’ beautiful sound, projecting the melodies and rich harmonies with deceptive ease and a pleasing lack of indulgence. The opening of the piece is surely one of the most beautiful melodies in chamber music, and was touchingly played by Magnus Johnston, with florid arpeggios from Tom Poster, while the surging theme was fulsome in response.

The slow movement presents a challenge uniting 4/4 and 12/8 themes, and the Aronowitz managed this without any damage to the overall flow of the music, so that while the pulse was slow it was still definable. And when the Allegretto moderato began it was noticeably quicker, with a nicely swaying theme that lightly pointed in the direction of a dance, the whole movement taking its lead from this passage. 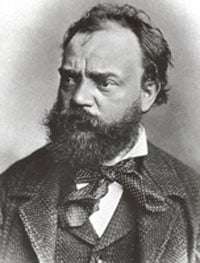 Dvořák’s String Quintet was completed during the early part of Fauré’s protracted deliberations, and is unlucky to fall next to the ‘American’ String Quartet and the ‘New World’ Symphony in the composer’s output. Its melodic invention is extremely fertile, flavoured strongly with the pentatonic writing that characterises Dvořák’s American period, and in the case of the scherzo, focussing on Indian drumming rhythms.

Here the Aronowitz found ensemble more than a little ragged where the louder music was concerned, though Jennifer Stumm’s slow-movement viola theme was beautifully projected, taken up by Johnston’s altogether sweeter violin tone. The Larghetto had a touching solemnity to its theme, the basis for five Variations and bittersweet in its switch from the minor to major key halfway through. Cellist Marie Macleod gave an especially profound solo to lead the third Variation, while the faster fourth traded jagged motifs with impressive precision.

The outer movements caught the composer’s harmonic inflections, their warmth tempered by nervous energy in the dotted motifs of the first movement, while the finale pressed home the sort of theme concert-goers whistle down the street afterwards. Thanks to Dvořák they had a good number of tunes from which to take their pick – and thanks to the Aronowitz Ensemble, these were winningly conveyed.