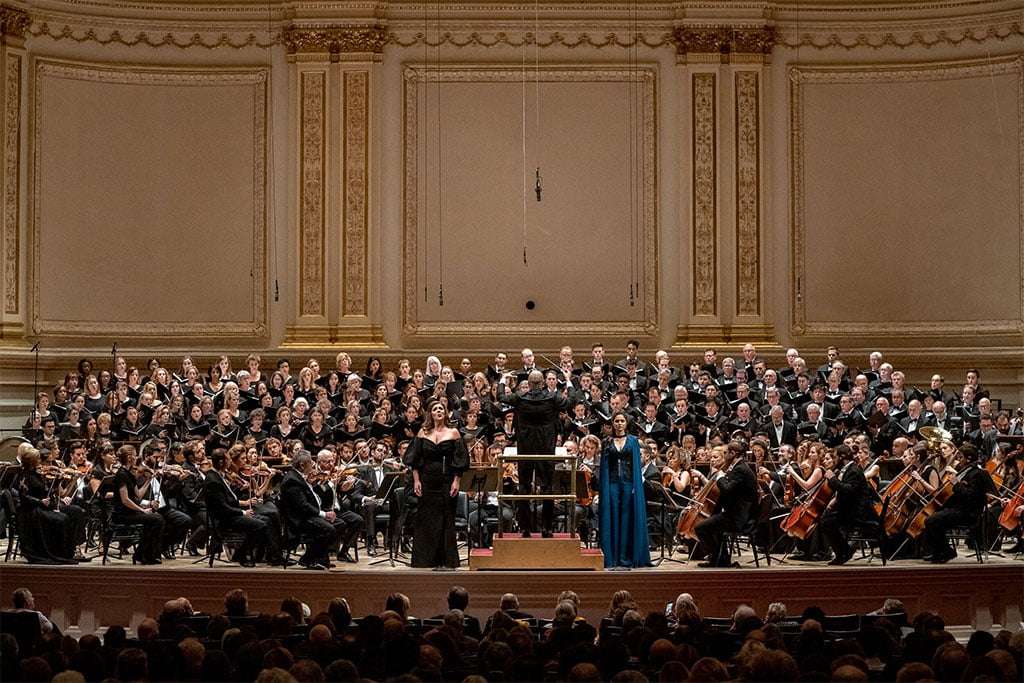 Yiannis Hadjiloizou and the Athens Philharmonic made their Carnegie Hall debut with works by himself, his father Michael Hadjiloizou, and Gustav Mahler. Earlier this year Yiannis Hadjiloizou established the Athens Philharmonic, which is composed of local Athenian musicians of diverse ethnic backgrounds. Michael Hadjiloizou is credited with having composed the first Cypriot opera, Eleftheria (Freedom). The ballet/interlude from Act Two of his later opera, 9th of July 1821 (the libretto of which is based upon Vasilis Michaelides’s poem) served as the curtain raiser. Its lively, galloping rhythm is folk-like in character with a principal theme presented by the violins that imitates the tweeting of birds. A slower middle section offers a nationalistic hymn-like subject supported by double-note rhythm.

Yiannis Hadjiloizou’s own Servikos, composed in 2010, followed, essentially a light classical work, simple and direct in approach, offering an array of folk-dances that are entertaining.

The Athens Philharmonic did its level best to circumnavigate the complexities of Mahler’s ‘Resurrection’ Symphony, but too many flaws interceded to make the performance thoroughly successful. Ensemble imprecision in the strings, a weak brass section that suffered from tarnished timbre, flubbed entrances in the percussion (and elsewhere) were too obvious to ignore. Hadjiloizou tried to maintain a steady funeral-march tempo in the first movement, generating some occasional moments of dramatic inspiration. His reading was straightforward but rather temperate overall, despite his unsuccessful efforts to overwhelm at climaxes with thunderous percussion. 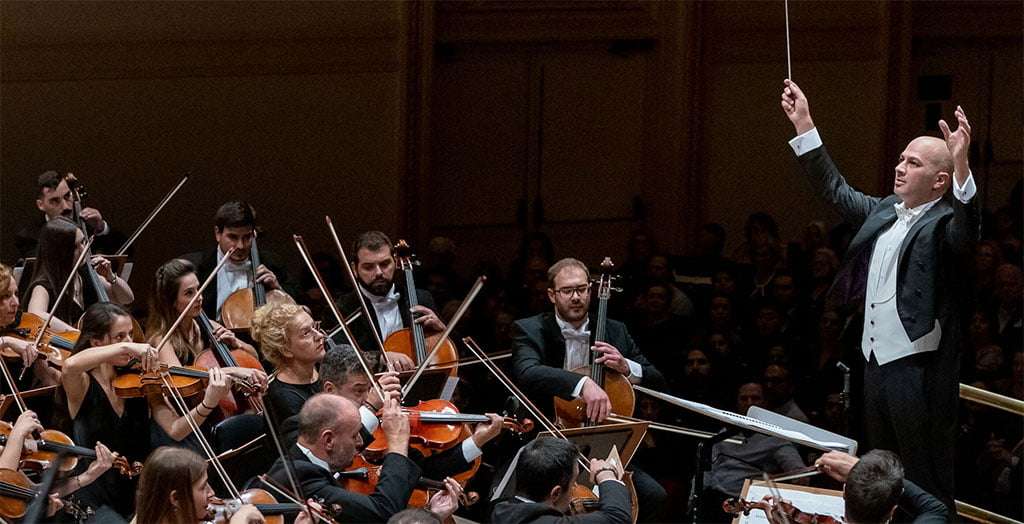 In the second movement, Hadjiloizou’s mannerisms caused his use of rubato to become too heavy-handed when it should be unobtrusive, and his negotiation of tempo shifts was too abrupt. A hurried principal tempo undercut the light, delicate character of the music. For some reason, opening the third movement, the timpanist ignored Mahler’s directions and failed to quickly dampen the second note of the two snaps. Hadjiloizou set a rapid pace making the music sound like it was driven through a wind tunnel. As the movement progressed, the tempo became more hurried.

In an interesting touch, Daveda Karanas entered from off-stage for ‘Urlicht’, remaining at the entrance to sing the opening words before walking to center-stage. It was most effective and she he sang with sincerity. The Finale was mostly well-conceived but its success was dampened by weak brass (better, ironically, during the off-stage segments). Tension was sometimes lacking as the music progressed through its many complex phases. Occasionally, Hadjiloizou over-extended luftpausen became tiresome. Yet he infused certain sections with much dramatic intensity. The New York Choral Society gave a masterful reading of the Auferstehen of Frederick Klopstock (embellished by Mahler’s own words). The hushed choral entrance had a heavenly hue, enhanced by the lovely voice of Larisa Martinez. As the music progressed to the peroration, the brass was sometimes buried by the rest of the orchestra, a serious drawback that diminished what should have been an overwhelming effect at the final climax. Hadjiloizou jostled the tempo back and forth too hastily during the closing moments, thereby undermining its dramatic effect. An early entrance of the bells was only another example of the many detractions from which this performance suffered despite much talent.