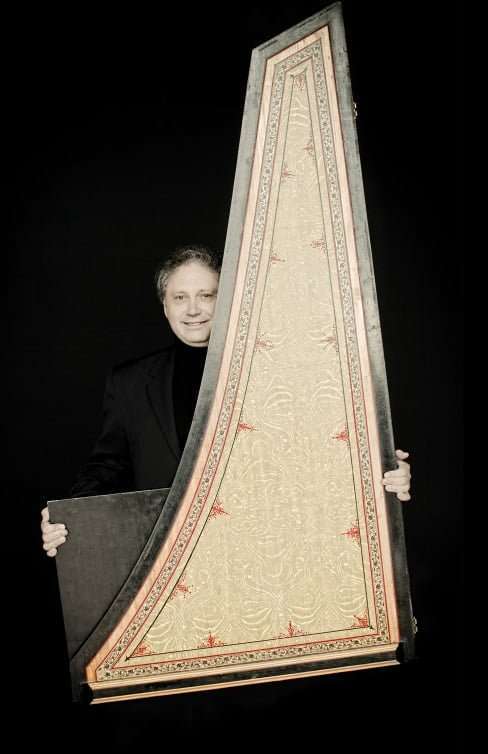 With performances of Handel’s Messiah legion at this time of year, it is good to hear the sequence of six Cantatas which comprise J. S. Bach’s Christmas Oratorio and tell the story of Christ’s birth in historical time – as opposed to Handel’s Lenten work which largely reflects upon the significance of the Incarnation in terms of prophecy and retrospectively through the context of the Resurrection.

Richard Egarr led the Academy of Ancient Music in a generally brisk account of the Oratorio which brought out the urgent sense of a world-changing narrative, but not always its solemnity and grandeur. In those numbers which include trumpets, notes were sometimes split or the intonation imprecise. The horns, however, fared better, though the oboes often sounded raw (to good effect in their mimicking of the drone of the Shepherds’ pipes in the Sinfonia to Part 2, but elsewhere sounding more like a wail). The AAM could have differentiated more in mood and character among the arias – too often the musicians merely plodded along complacently instead of drawing out the specific theme of each. ‘Grosser Herr, o starker König’ in Part 1 could have evinced more majesty, whilst ‘Schlafe mein Liebster’ should have been more lilting in order to lull the baby Christ to sleep. It would also have been good if the ‘echo’ aria had been given more time to allow greater dramatic effect to the echoes.

Together with the Choir of the AAM, the ensemble delineated the choral movements more effectively. The intricate, contrapuntal parts of the through-composed choruses were imbued with clarity and dance-like energy, whilst the textures in the chorales were well integrated with breadth and focus.

The vocal soloists brought a varying array of qualities to the performance. Lorna Anderson stood in for Susan Gritton. Often her singing was squally in the upper register, and not offering a distinctive interpretation of the music allotted to the soprano (which includes the representation of the Angel). Barbara Kozelj sang with a generous tone and well-rounded vibrato which gave her music a quietly noble character, without being forcibly projected. James Gilchrist took the most sustained part as the Evangelist, perhaps slightly stretched by the high tessitura of Bach’s setting. In the arias he generally achieved a seamless, lustrous delivery, but the fast runs of ‘Frohe Hirten, eilt’ were disappointing in sounding more like a musical shiver, squeezed out involuntarily. Ashley Riches gave a consistently assured performance of the bass numbers.

In short, then, this was a curate’s egg, with the most uplifting and extrovert parts of the score (principally the choruses) proving suitably festive. But the more contemplative numbers in between did not live up to that level of fervour and allure.