A perennial Easter favorite since Felix Mendelssohn rediscovered it in 1829, Johann Sebastian Bach’s St Matthew Passion is one of the masterpieces of the oratorio repertory. Bach accumulated and integrated stylistic elements of the preceding two centuries with forward-looking ideas in form, texture and melody, combining church chorales (usually sung by the congregation) with narrative, recitative, aria, choruses (sometimes interposing reactions like a Greek chorus) and a creative variety of orchestral accompaniment and transition passages.

Iván Fischer conducted Orchestra of St. Luke’s and Musica Sacra in a vibrant, taut and dramatic interpretation that never bogged down or succumbed to ennui. He was masterful in gauging tempos to fit both music and text, consistently moving the score forward while avoiding undue speed that could diminish the dramatic effect, and pacing slower numbers with sufficient fluency to sustain emotive character. The players, divided into the two required groups, played superbly throughout the three-hour performance, never sounding disengaged or yielding to exhaustion; accolades to concertmaster Naoko Tanaka, flautist Elizabeth Mann and Kenneth Slowik on viola da gamba for their outstanding solos. The thirty members of Musica Sacra (prepared by Kent Tritle) are also to be congratulated for their consistently superb singing. The work is written for two choruses, positioned behind the two instrumental ensembles, but here they partly faced each other, giving their dialogue numbers an added dramatic effect. 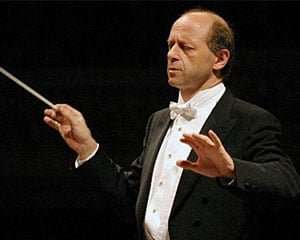 Just as impressive were the soloists. John Tessier brought a sweet, pure and engaging tenor voice to the demanding role of the Evangelist, singing the many recitatives that narrate the Gospel story simply yet fervently. Hanno Müller-Brachmann portrayed Jesus (while also singing the relatively few lines assigned to Judas and Pilate, a curious combination to be sung by one vocalist!) with a deep, strong and luminous voice. His aria ‘Mache dich meine Herze, rein’ was among the most moving of the performance, and the recitatives with Tessier were charged with dramatic intensity.

The performance, brilliantly conceived and conducted by Fischer, gave the strong impression of music-drama as well as sacred narrative and won the hearts of the audience.