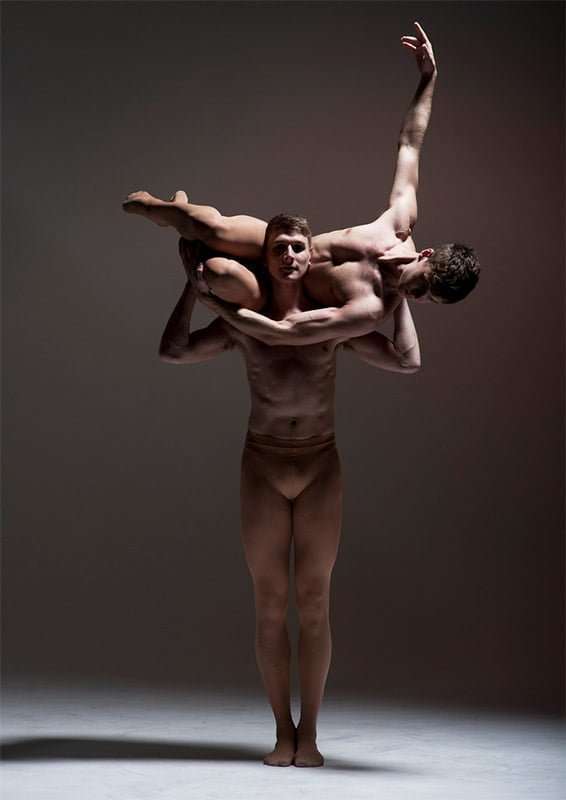 Michael Nunn and William Trevitt, Royal Ballet renegades themselves forever known as The BalletBoyz are now in the business of nurturing young male dancing talent and have, since 2000, run a small ensemble of ten dancers whom they present in the UK and abroad. It is valuable work, as ballet and dance in general is often considered to be a woman’s art form in which men exist to do the heavy lifting.

“BalletBoyz theTALENT” is the latest incarnation of this small enterprise and presents three works in Covent Garden’s Linbury Theatre ahead of a national and international tour. In truth, the single-sex composition of the group is its biggest selling-point and also its greatest limitation – the contrast of the sexes and their body shapes in mixed ensembles is absent, and, while the ten young men are of differing heights and musculatures, they are all men, so that what can be done in terms of lifting is inescapably less varied. That said, it would be difficult to find a more focussed and committed group of performers, who literally throw themselves into the various challenges of these three works. 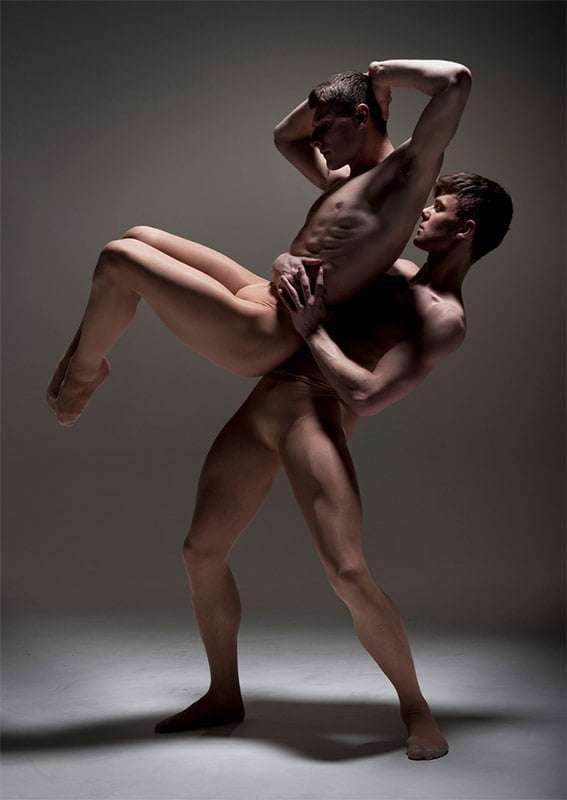 Least impressive was Alexander Whitley’s The Murmuring, here receiving its world premiere – Whitley is making a name for himself, and has been an affiliate Choreographer with The Royal ballet and is currently a new wave Associate of Sadler’s Wells. Set to musical duo Raime’s pulsating electronic score, it is a strangely sexless exploration of the dancers’ masculinity, a sort of Hofesh Shechter-lite, Whitley like the Israeli choreographer using mass-movement (all ten dancers are used), break-away groupings and solos. Similarly to much of Shechter’s work, the artists are clad in everyday street clothes, and the lighting by Jackie Shemesh evokes, albeit on a less ambitious scale, that of Shechter’s collaborators. There are striking passages, not least when the men assume an ever-morphing grouping which falls to the ground and from which one of their number rises again and again like an urban phoenix. French dancer Marc Galvez caught the eye (as he did throughout the evening) with his focus in performance and ability for whiplash movement. Of interest too Bradley Waller who started dancing at the late age of sixteen, but who comfortably held the stage in an intense, tortured solo. The Murmuring was not, however, of sufficiently even quality to demand attention for its half an hour duration, and there were moments of poorer focus.

Royal Ballet dancer Kristen McNally has a distinctive choreographic voice and in MeTheus (derived from the legend of Prometheus) she shows herself as a creator of impressive movement for men. Where The Murmuring is pretty sexless, MeTheus has distinctly home-erotic overtones, not least in a pair of duets at the beginning and near the end of the work in which the dancers explore and caress each other with meaningful intimacy, rolling head and neck across reach other in the first, cradling and supporting in the second. There is a military feel at times with salutes and slo-mo marching, at others a distinctly violent, sinister atmosphere, but in general McNally remains opaque as to meaning or narrative, and what remains is a work which demonstrates her understanding of the male physique and the male performer. This is the work which emerges as most suited to the company at present, making great use of their collaborative natures while highlighting individual performers. Matters are considerably enhanced by live performance of Johnny Greenwood’s evocative score for small string ensemble.

Most choreographically fluent is Christopher Wheeldon’s 2003 Mesmerics, here expanded from the original trio to use the full cast of ten. Accomplished and committed as this group is, they were visibly stretched by the choreographer’s considerable demands, pushing technique and stamina to their limits. But no artist, no ensemble, ever grew, developed or improved by playing safe, and while there were moments of raggedness, and while some of the movements spot-lit the different dance schoolings of the cast, they emerged triumphant in the end. Wheeldon is here in generally cerebral mood, using Philip Glass as his musical springboard (also expertly played) for a series of dance vignettes which vary considerably in mood and dynamic. The original threesome comprised Trevitt and Nunn themselves with Oxana Panchenko, and it was intriguing to see her choreography transposed down a physical octave or two on a man’s body. Wheeldon impresses here, from his trademark expansive arm movements, and kinked legs to a focus on elongated line, classical placement and complicated partnering. It is the work of an established and experienced choreographer and does much to enhance this small ensemble’s range and capabilities. BalletBoyz continues to impress – in a modern dance world crammed with pretention, inflated ego and minimal talent, these dancers, led by their sensible directors, continue to show the way forwards.