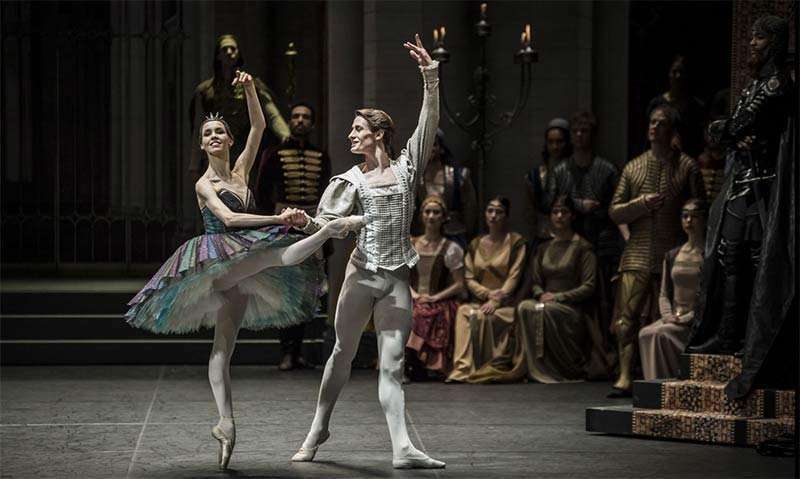 The latest offering from the king-of-reconstruction Alexei Ratmansky is new/old Swan Lake for Zurich Ballet in a co-production with Milan’s La Scala ensemble. Ratmansky has made it a feature of his creative life as a choreographer to explore the ‘old’ repertoire as well as making new works. He has reimagined several of the Soviet works whose original choreographies fell by the wayside, such as Shostakovich’s The Bright Stream, but he has also delved into Ballets Russes territory in the form of The Golden Cockerel in which he melded what remains of Mikhail Fokine’s movement with his own, and then on to full-blown reconstruction of ‘original’ choreography for the nineteenth-century classics such as Marius Petipa’s Paquita (for the Bavarian State Ballet in Munich) and, more recently, a return to Diaghilev’s London production of The Sleeping Princess (Beauty) for American Ballet Theatre. This latest venture is an attempt to return as much as possible to Marius Petipa and Lev Ivanov’s 1895 Swan Lake using, as in his previous reconstructions, the Stepanov notations that reside in the library at Harvard.

As an exercise in historical research, an opportunity for audiences to see familiar works through new/old eyes and for dancers to be challenged to rein-in the athletic advances and develop other sides to their form, it has its merit, but, unlike the case of the lesser-known Paquita, Swan Lake is perhaps the most familiar of all ballets and, on the evidence of this performance, one which has retained startling amounts of original choreography. Writing as a London-based critic and more-than-familiar with the dance text of The Royal Ballet, much on show in Zurich was not new – differently presented, accented, emphasised, perhaps – but not ‘new’. The second lakeside scene (normally Act Four) is taken from precisely the same source as The Royal Ballet’s whose performing tradition stems from the production mounted by the Imperial Ballet’s ex-régisseur Nicholas Sergeyev, working from his own notations of pre-revolution productions in St Petersburg. 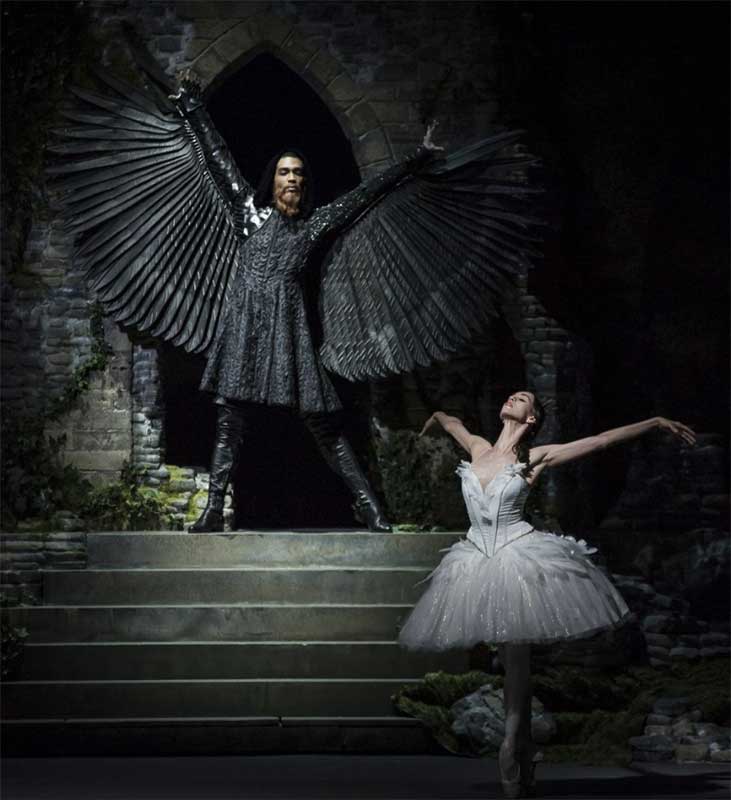 Not that the dancers of the company necessarily find it easy; they are a classically-based ensemble, but their main focus is the choreography of director Christian Spuck rather than echt productions of the great nineteenth-century ballets. They seem most uncomfortable with the considerable mime that this 1895 recreation requires, and in the lakeside ‘white’ scenes the female corps de ballet work visibly hard to deliver the precision needed for their great ensemble dances. In addition, Ratmansky sets great stylistic challenges for contemporary dancers – his clear view is that to do justice to the choreography of the time, the athletic extensions and exaggerations, which are today commonplace in the classics, must be stripped away. Thus, legs are kept low, arms forward of the body and there is great emphasis on flexibility of the torso which all go against the grain for dancers used to having their bodies literally stretched to the limits.

This gap between the two was apparent on first night, with dancers clearly having to think about the placement of their limbs: at times, there was a self-consciousness which will no doubt dissipate as they get through more performances. However, the period-look lends what comes across as a rather polite quality to the dancing, which can only be mitigated by impeccable placement and character – again not present all the time in all the dancers. Familiar moments of tension and conflict – from Prince Siegfried’s Act One rebelliousness at the idea of marriage, and the Four’s storm and fight between him and the evil Rothbart – are excised, contributing further to the overall impression of ‘niceness’. Ratmansky’s greatest achievement has been to re-establish the real differences between the more ‘formalised’ Petipa choreography of Acts One and Three and Lev Ivanov’s more flowing movement for Two and Four. In the latter, Ratmansky has stripped away all the avian flutterings and flappings which have become commonplace, and brings out rather the freer, looser torso and arms of the younger choreographer’s artistic vision, and also his unusual placings of the dancers. 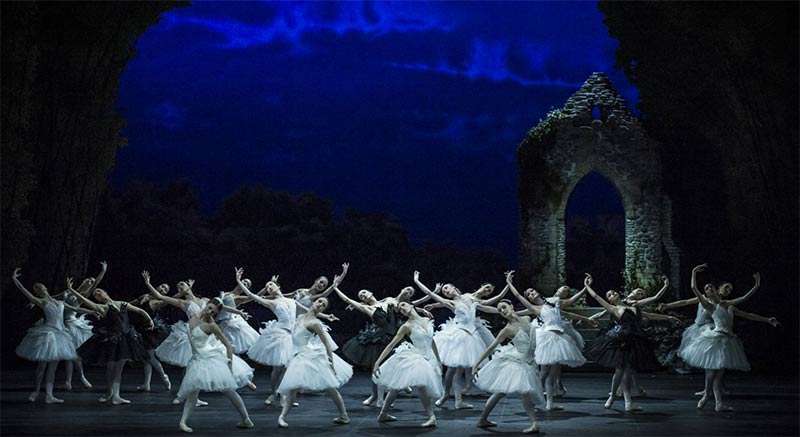 The score sounds tremendous under Rossen Milanov, the Zurich Opera House’s warm and immediate acoustic adding further richness to Tchaikovsky. But, here again, one could not escape the discrepancy between the full-blown soundscape of the pit and the restraint of the stage picture. Jérôme Kaplan’s designs are superb: traditional in their setting but clean and pleasing to the eye. Costumes are generally in a variety of mellow, almost autumnal hues for Act One and in brighter tints for the Act Three ball.

In Viktorina Kapitonova as Odette/Odile Ratmansky has a willing dancer who observes all the asked stylistic nuances: particularly impressive was her portrayal of emotion, such as the determination of Odette in Act Four to kill herself after having been betrayed by the unwitting Siegfried. She has solid technique, allowing her to dance with confidence the famous 32 fouettés, a technical achievement first seen by Russia in Italian virtuoso Pierina Legnani’s performance as Odile in the 1895 Swan Lake. However, in what is a directorial decision, she portrays none of the doomed mystery that one is used to finding in modern interpreters of the role, opting for a direct, open-stage persona and emphasizing the fairy-tale nature of the story. 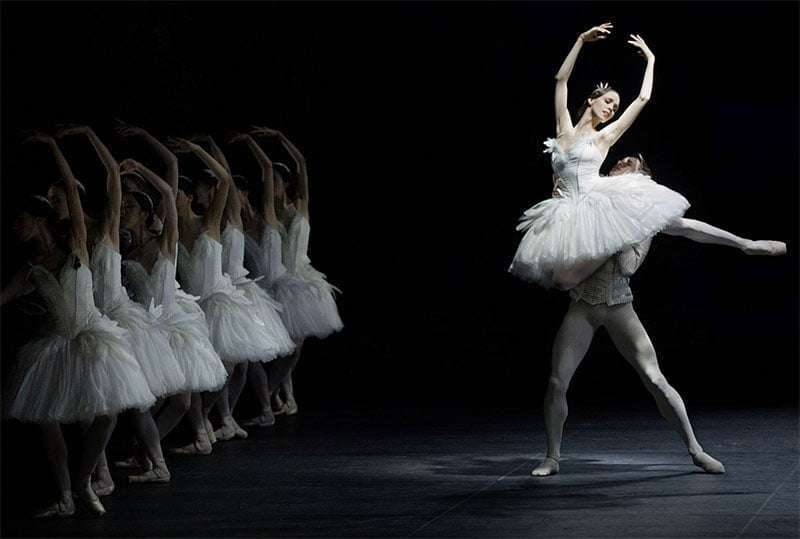 Other named characters, such as the prince’s tutor, his mother and his friend, Benno, are mere ciphers in terms of character, and it is only Manuel Renard as the evil magician Rothbart who brings more. He wears perhaps the most successful costume for this part I have seen – where all too often, Rothbart is a mass of feathers and frou-frou, here he possesses sinister crow wings that immediately inform the audience as to his nature and intent.

And so to Prince Siegfried, here danced by a recent import to the company from Stuttgart Ballet: Alexander Jones. Jones is one of several British dancers who have ‘got away’, celebrated outside their home country but never having found favour at home. He is a true danseur noble: tall, well-proportioned, handsome, with an easy stage presence, and a clean, well-presented technique, and he performs with princely confidence. However, the role is possibly the most problematic of all for this particular production, because it was created in 1895 by the legendary dancer Pavel Gerdt, who was aged over 50 at the time. The virtuoso demands of today developed much later, as techniques and body shapes for male dancers themselves evolved. And so, in having a dancing Siegfried, Ratmansky has been forced to ignore the central premise of his reconstruction, and insert something far more modern – even the Prince’s costumes are the farthest cry from the 1895 originals and fall into the classic tights-and-jerkin worn by Siegfrieds the world over. In choreographic terms, this forced decision shows in rather under-developed movement for Jones, whose mime is clear and partnering secure, but is never allowed off the leash to show what he can do in pure dance terms. The Black Swan pas de deux is, as a direct result, slightly underwhelming, with Kapitonova allowed some but far from all of her virtuosity in what has become a flashy duet; Jones given a rather non-descript solo and is reduced to unobtrusive partnering.

Yet, for all these caveats, Ratmansky’s new Swan Lake is both highly enjoyable and refreshingly intelligent in what it sets out to do, but it is not as startling as his Paquita nor, indeed, as historically revelatory as his Sleeping Beauty, because of the familiarity of much of the material that he has used. The company will take a little time to settle into this production, but there is much for them and their audience to engage with.