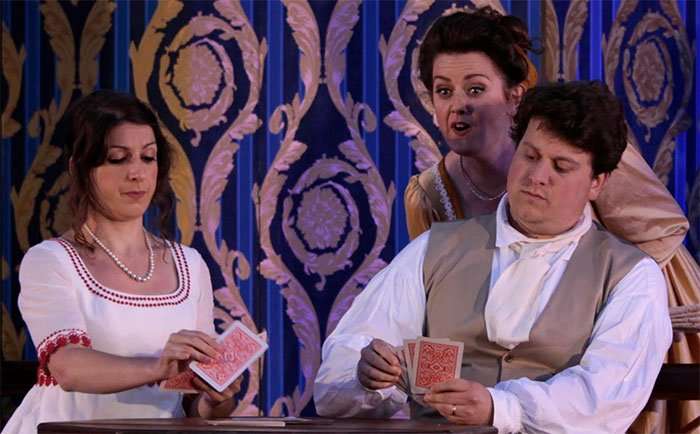 Not seen in London since its original performance in 1786, Salieri’s The School of Jealousy returns under the infectious zeal of Bampton Classical Opera. It continues the company’s concentration on eighteenth-century opera, including a number of UK premieres. Mounted during the summer at Bampton itself (review below), Jeremy Gray’s production came to St John’s Smith Square for this single performance. It’s fascinating – not only in its own right – but also because it uncovers a context through which our understanding of Mozart’s late operas becomes much clearer and, frankly, much more interesting.

Just like Bampton’s Salieri outing two years ago (Trionfo’s Cave) there are so many Mozartean connections, not least that Lorenzo Da Ponte partly adapted Caterino Mazzolà’s libretto and then went on to write a companion piece, The School for Lovers, which expanded similar themes. Salieri even began to set a couple of numbers from this new libretto, but let it slide, so it was taken up by Mozart for Così fan tutte. In Salieri’s earlier opera you find plenty of similarities not only with Così but also Figaro – not least that two of the Vienna cast of The School of Jealousy went on to create the roles of Figaro and Susanna. 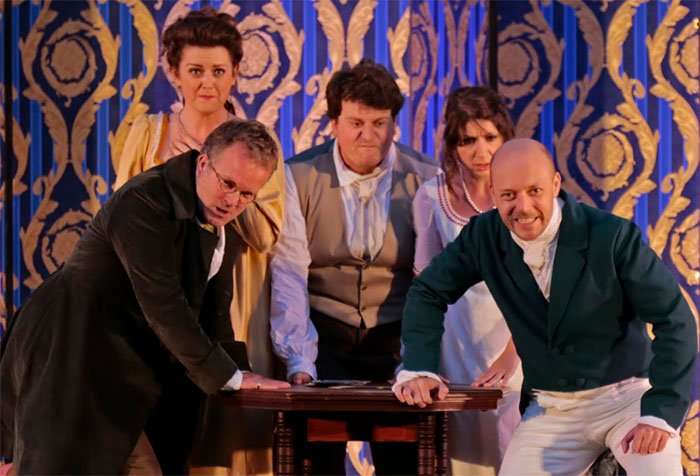 Once again, it is salutary (‘Salierity’, perhaps!) but also fascinating to have concrete evidence that Mozart was not simply a genius in a vacuum. Somehow, to me (at any rate), the fact that he could react to such a stimulus as Salieri’s operas (easy to imagine him saying “I can do better than that”), makes his own work richer. And that’s not to decry Salieri’s expertise. Even with a wildly convoluted plot of jealousy and false jealousies between two couples, with a Don Alfonso-like fixer in the Lieutenant, there is much to enjoy in Salieri’s invention.

Gray’s designs are rather neat, especially in the way his static domestic set can change wallpaper so easily between the merchant’s and the count’s houses, with the addition of metal grilles to signify the Act One finale in bedlam, and – covered in drapes of foliage – the lantern-lit wood-scape (another forerunner of Figaro) setting of the Act Two conclusion. The only downside to the production’s remounting in St John’s was the placing of Chroma behind the set. While there was no deficiency in sound, I missed the interaction between Anthony Kraus and the singers. 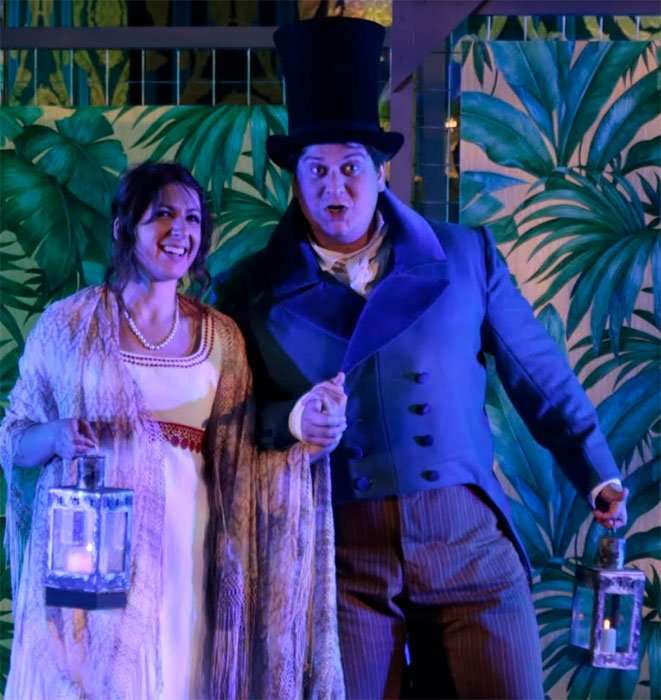 Notwithstanding her recovery from flu, Nathalie Chalkley as Ernestina was a nice foil to Rhiannon Llewellyn’s Countess; both blameless but forced into pretending to have affairs because of their jealous or philandering husbands. The other three characters are more marginal: the two servants, Kate Howden’s Carlotta and Samuel Pantcheff’s Lumaca, and Thomas Herford’s Lieutenant, made as much of their parts as they could.

So an important revival; nicely done, even if I found the first Act dragging a bit. Proof will be in the pudding of it getting a little more of a toe-hold in the repertoire, so we get a more balanced view of the world in which Mozart was working, but also in showing Salieri’s worth and operatic skill.