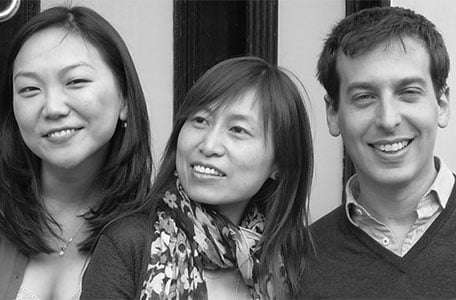 The Barnes Music Festival prospectus advertised this concert as being “an enchanting programme of familiar classics alongside lesser known works including Delius’s Cello Concerto [sic]…”, and it indicated that works by Purcell and Bax would also be played. But somewhere along the line the event turned into a celebration to mark the centenary of William Lloyd Webber, father of Andrew and Julian, whose compositions dominated the evening.

William Lloyd Webber’s Fantasy Trio, written in 1936, was a good indicator of the tone of things to come. The work is a skilfully constructed piece in one movement, recognisably in the English style of the period that will be familiar to those who know Ireland, Bax or the younger Frank Bridge. The quality of invention, while not compelling, is high enough to keep one’s attention and the Verter Trio gave a thoroughly committed performance. Three organ pieces then fell pleasantly on the ear, and after being interviewed interestingly about his father by Daniel Turner, Julian Lloyd Webber displayed his Stradivarius cello’s beautiful tone in two more miniatures by WLW.

Rebeca Ormodia, a sympathetic accompanist, then entered more into the picture with Delius’s Cello Sonata. Julian Lloyd Webber is the leading exponent of this work, and has recorded it at least twice, once with the composer’s associate and amanuensis Eric Fenby. He gave a passionate, highly communicative performance.

After the interval, Ormodia showed her considerable skills in sympathetic, neatly turned accounts of further W. Lloyd Webber pieces, and was then joined by the husband-and-wife cello-duo in three arrangements. Jiaxin was by no means at a disadvantage compared with her partner, and is clearly a highly skilled performer. (They have recorded this and similar repertoire for Naxos, on 8.57325.) Min-Jin Kym, who hit the headlines four years ago when her Stradivarius was stolen from her in a Euston-station cafe and then subsequently found if only recently, now uses another instrument by the same maker. With Daniel Turner, she played W. Lloyd Webber’s Benedictus.

In the final work, John Ireland’s Second Piano Trio, the Verter musicians played with great devotion and responded well to both the work’s darker elements and its virtuosic qualities. There were times when it was thought that music such as this could only be realised satisfactorily by native-born artists, and it was heartening to experience such a finely played and sympathetic performance by an Israeli pianist, a South-Korean violinist and a Chinese cellist.