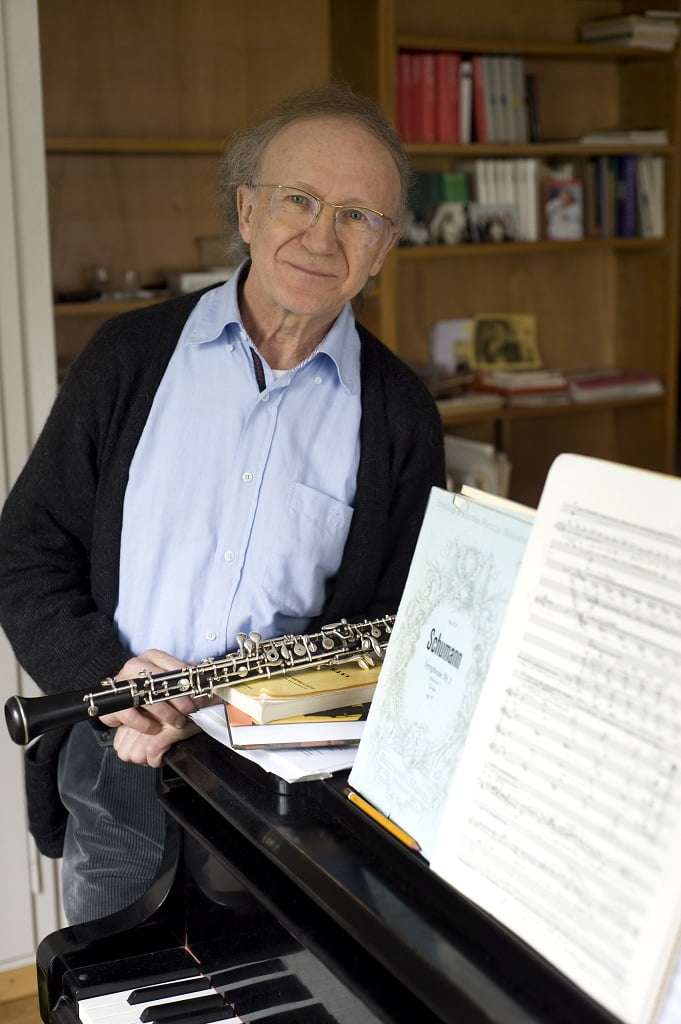 The Swiss connection – an ensemble from Basel, Heinz Holliger born in Langenthal, and this concert under the umbrella of Cadogan Hall’s Zurich International Orchestra Series. The Basel Chamber Orchestra was formed in 1984 as Camerata Basel, renamed in 1999, and effectively follows in the versatile footsteps of Paul Sacher’s Basler Kammerorchester. Holliger (born 1939) came to fame as an exceptional oboist – with a repertoire from Baroque (Zelenka) to cutting-edge contemporary (Ligeti, Maderna) – then adding conductor and composer (one composition mentor being Pierre Boulez) to his CV. He included one of his pieces. The ten-minute Meta arca (2012) for strings, fifteen of them plus a solo violin (here leader Daniel Bard), reminds of Lutosławski’s Preludes and Fugue (thirteen strings) in terms of expression – intense, percussive (hand-slaps on basses), volatile – the latter quality maybe a reflection of the different natures of six Camerata Bern concertmasters (including Erich Höbarth and Thomas Zehetmair) that are embedded within – and towards the end a decaying waltz is spied, with a hint of Berg. This is intriguing music and had the advantage of the composer conducting; and Holliger is an impressive maestro, clear-sighted in his interpretations and lucid in achieving them.

Meta arca came between Mendelssohn, first an engaging outing for The Hebrides, the composer’s musical postcard of his Scottish travels, its scenic possibilities opened up here, lean-sounding yet warmly communicative, vividly presented (woodwinds and brass the equal of strings) in the players’ gutsy attack, with a beguilingly spacious calm-before-the-storm clarinet solo, and then things got really elemental. Vibrancy was also a hallmark of the concentrated G-minor Piano Concerto (a three-movements-in-one design), Holliger conjuring a thrilling crescendo to kick things off, Stephen Hough then sizzling the keys with romantic fire before expanding into Mendelssohn’s melodic ease, shaped with affection. The slow movement, framed by dramatic brass fanfares, might be heard as a ‘forest legend’, the piano as story-teller, violas and cellos (in particular) as a richly complementary chorus, and then the Finale introduces ‘chase music’ before the silent-film industry called for it, Hough nimble, playful and teasing, pianist and conductor at-one with accenting, emphases and elasticity. 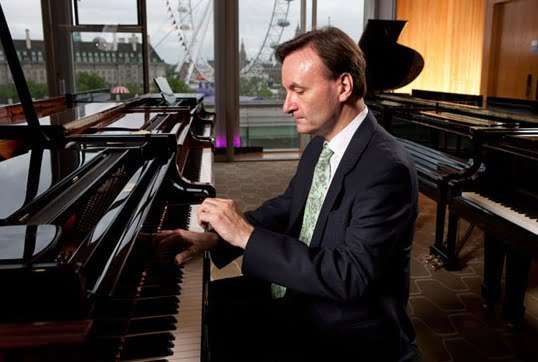 The members of the Basel Chamber Orchestra lack for nothing in terms of energy, character and commitment – much-needed for a Schubert 9 in which Holliger observed every repeat, all six of them, although I question the need for the one in the Finale with its perfunctory lead-back bars and, surely, the need to continuing onwards, and during which Bard broke a string – quite a bang – and it was pass the violins time, eventually leaving one lady without; maybe she was lucky, Schubert’s writing is a killer.

But that’s by the by, for this was an outstanding performance, played with much skill and total dedication in response to Holliger’s grand design and unambiguous gestures. The horn-led introduction flowed and was liberally shaped, a subtle give and take that informed the whole of the first movement, all aspects connected, and with a well-timed quickened increase into the coda. While noting the con moto direction for the second movement, Holliger erred on the side of moderation, giving time for crisp oboe ornaments and yielding unaffectedly (if con amore) into blissful lyricism and then catastrophic climax and its numbed aftermath. Keen pointing informed the Scherzo (with superb timpani detail) that came across as bucolic, a country dance, one enhanced by antiphonal violins dialoguing across the podium, and the consoling song of the Trio breathed fresh air. Holliger reserved his fastest tempo for the Finale, not that it was rushed, and if the wind was in its sails there were also hints of the gemütlich aspect that such as Barbirolli and Knappertsbusch found. With assured journeying, Holliger had long had his eye on the mountain’s summit and it was reached emphatically, the final chord both resounding and also an exhaling breath of relief (“arrived, thank god”), for Holliger introduced a diminuendo, probably not what Schubert intended, but like Rozhdestvensky and Tennstedt, Holliger was persuasive in so doing, and it concluded an impressive reading notable for melding individuality and integrity.