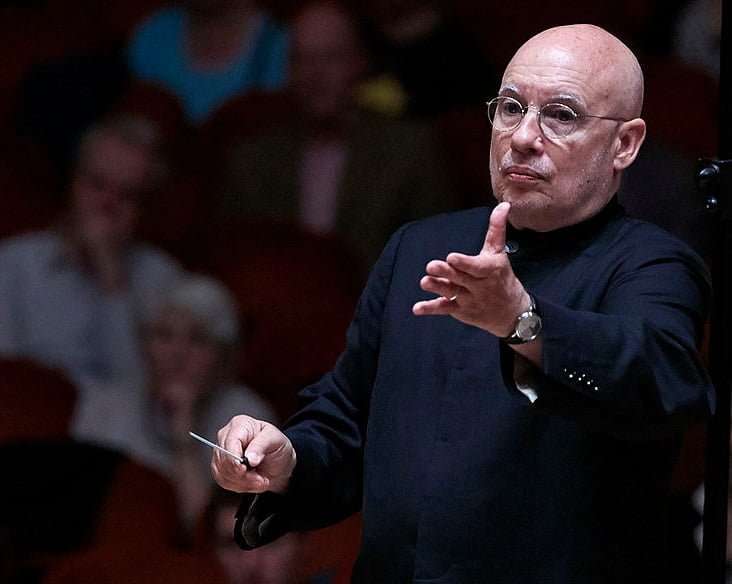 Perhaps it was the relatively low attendance figures at last year’s Cadogan Hall concerts (featuring music by Philip Glass) that prompted Dennis Russell Davies (chief conductor of the Basel Symphony Orchestra since 2009) to now showcase one of the most-famous Russian orchestral works and a popular Piano Concerto. Added to which was enlisted Alice Sara Ott whose supermodel looks and dazzling technique have caused such a stir. So, did this attractive programme (and opening concert of Cadogan Hall’s Zurich International Orchestra Series) draw in the crowds? Well, it was an improvement, but not significantly.

The evening began with the 20-minute ballet scenario (more of a farce) Les Mariés de la tour Eiffel (Marriage at the Eiffel Tower) compiled by five members of Les Six for a 1921 production designed by Jean Cocteau. The artistic mash-up was prompted by the 22-year-old Georges Auric (many years later providing the score for the 1953 classic Ealing comedy The Titfield Thunderbolt) whose impending failure to meet the composing deadline brought in the services of Arthur Honegger, Darius Milhaud, Francis Poulenc and Germaine Tailleferre. Louis Durey (the sixth member of the radical group) did not participate. It was not clear from Timothy Dowling’s programme note how much notice the composers were given but from the evidence of the music it didn’t sound as if any great effort had been exerted. Indeed, Poulenc later dismissed the enterprise as “toujours de la merde” and in many ways I wouldn’t disagree. 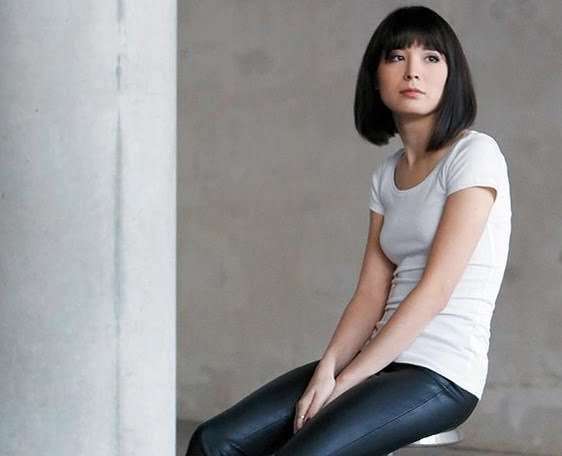 The ballet explores the collision of reality and fantasy through the backdrop of a wedding celebration at the Eiffel Tower. Through the lens of the wedding camera can be seen distorted images revealing a boy who massacres all the guests in order to devour the macaroons at the banquet. To this psycho-drama the composers responded with jaunty music whose surface gloss was variously bi-tonal (Auric), vaudeville-like (Milhaud), witty and vulgar (Poulenc) and pleasantly attractive (Tailleferre). The whole effect is colourful but too obviously the work of composers (all under thirty) yet to hit their stride. The Basel Symphony Orchestra couldn’t improve on the music and it all sounded, like the music itself, as if it had been hastily prepared.

Things improved considerably for the Piano Concerto, which after an initial ensemble malfunction (piccolo and strings not quite agreeing where the beat was) began to show the musicians in a better light. Ott exercised firm control; her playing alternately muscular (especially impressive in the outer movement’s toccata-like passages) and lyrical, if not always tender. In the gentle episodes she was inclined to indulge and the forward momentum of the opening Allegramente lost energy. She produced a very eloquent cadenza with effective harp contributions and if, in the closing pages, the orchestra had graded its crescendo more carefully Davies would have achieved more edge-of-the-seat excitement. Ott’s phrases in the Adagio were nicely sculpted and well matched by a limpid cor anglais. But on this bright-toned Steinway this was never going to be a performance to seduce listeners and a little more intimacy would have gone a long way. The Finale, however, was full of character, its rhythmic impetus sustained throughout by an alert orchestra over which Ott brought energy and precision.

After the interval, and with the stage now groaning under the weight of over 100 players, we had The Rite of Spring, not really suited to the confines of Cadogan Hall. Certainly the musicians were given clear and efficient, if somewhat rigid, direction with mostly well-judged tempos. Strings were neat and tidy in the motor rhythms of ‘The Augers of Spring’ and in the earthy ‘Spring Rounds’ they produced a rich, plush tone. But whilst the orchestra as a whole negotiated the rhythmic complexities well enough (most notably in the closing ‘Sacrificial Dance’) the melodic detail was not always clear due to recurring problems with balance and tuning, which gave rise on occasion to a sort of mist of noise. Yes, things were suitably barbaric, but had the sound been cleaner the account might have been more wholly engaging. What should have been a promising start to the Basel Symphony Orchestra’s UK tour failed to ignite.