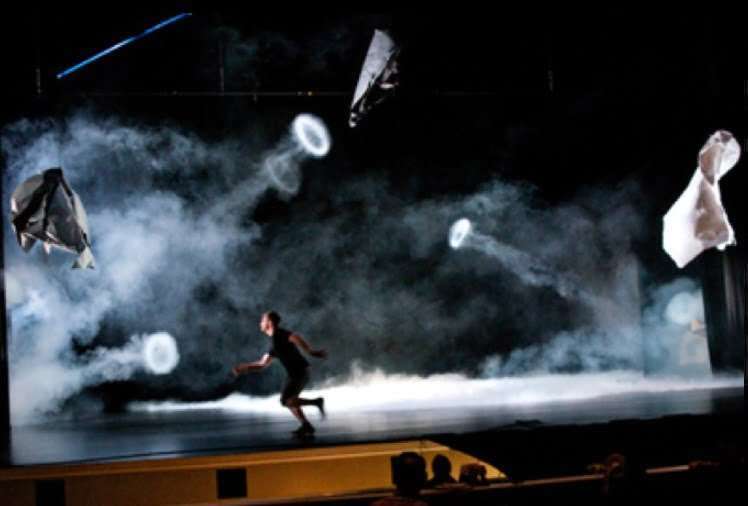 Promises of a master puppeteer and the music of Igor Stravinsky called to mind Petrushka, but the Shrovetide Fair was nowhere in evidence at the auditorium of Jazz at Lincoln Center, rather confusingly not at Lincoln Center but rather in a shopping mall on Columbus Circle. After July’s Lincoln Center Festival and August’s Mostly Mozart Festival, the branding people on the plaza are still in a festive mood, as Basil Twist’s The Rite of Spring is part of this season’s White Light Festival, which apparently refers to an inner-directed spiritual experience – the word “religious” all but banned on the upper west side of Manhattan. The frisson of anticipation in the Rose Theater lobby was palpable and infectious.

The art of puppetry demands a thorough knowledge of kinesiology and so it is natural for Twist to be deeply involved in the ballet. As it turned out, however, there were no puppets or marionettes this night, but there were also virtually no dancers, except for a few fleeting moments at the evening’s conclusion. What supplanted these more traditional elements were moving shapes, sometimes physical, sometimes illusory. 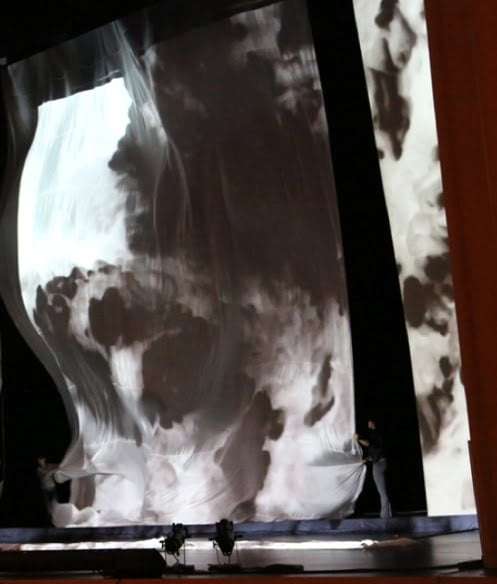 Although the conception of Twist is quite innovative, it has many antecedents. Back in the Pleistocene era, Alexander Scriabin employed a clavier à lumières to project colors during his Prometheus (Poem of Fire). Twist’s medium is black and white and very creatively reminded of the experimental films of the New Zealander Len Lye. For a contemporary parallel, one need only walk four blocks to see and hear the art of South African designer William Kentridge, featured this season as part of Carnegie Hall’s UBUNTU Festival (yes, another festival).

Stravinsky’s Fireworks (the reduction of it not credited) acted as the de facto overture as obelisks and twirling shapes moved playfully across the stage. Inside them were the puppeteers, one of whom broke the illusion by exiting his position a bit too quickly. Once the latecomers had been seated, the company commenced the very entertaining Pulcinella portion of the program, wherein a dozen controllers employed poles of various lengths to maneuver lengths of PVC piping in their own version of commedia dell’arte. The white pipes were brightly illuminated while their human pilots were dressed entirely in black and all but invisible. Listening to the original melodies once attributed to Pergolesi which Stravinsky arranged added to the charm of this middle piece.

The Rose is quite a small theater with a rather deep stage. Had conductor Jayce Ogren brought along the entire Orchestra of St. Luke’s, many of his players would have had to sit in the ‘orchestra’ seats, but these are reserved for the paying customers. The resulting small group was fine for the first two works, but needed considerable adaptability to perform The Rite of Spring. Hence the introduction of an arrangement by Jonathan McPhee, specifically designed for performances with spatial difficulties to overcome. Knowing the raison d’être of this orchestration aided one’s appreciation of this presentation. However, its rather spare sonic profile reminded much more of later neoclassical Stravinsky. The playing of the orchestra was a bit flabby throughout, never quite achieving the requisite degree of preternatural intent. Perhaps this was partially due to the arrangement and also may have been engendered by what happened about four minutes in.

As billows of light and swaying curtains called up the primeval world, a disembodied voice shouted “Hold, please!” and then announced that the company was experiencing technical difficulties. Happening in such an iconoclastic creative event, one could almost assume that this was a rather clever Dadaist ploy to emphasize the surrealistic character of the evening. However, being the maiden voyage of a theater piece, this turned out to be a very awkward moment. All was halted for about ten minutes of rather restless audience behavior. Once the ‘all clear’ was sounded, Ogren began The Rite once again.

Nijinsky’s original choreography emphasized downward motion, the dancers reinforcing their kinship with the earth. Twist has a different conception, summoning celestial shapes and propelling them in their cosmic dance. One thought perhaps more of Holst than Stravinsky, but all was both original and visually striking. Only at the very end did a dancer appear, seemingly naked and bathed in the only color of the night, a rich sea-water blue-green. At the music’s distinctive conclusion, well, since children may be reading this, let’s just say that he shot an arrow of – you guessed it – white light – into the audience. All in all, a very enjoyable and fulfilling evening, but both the musicianship and the stagecraft still need a little work.