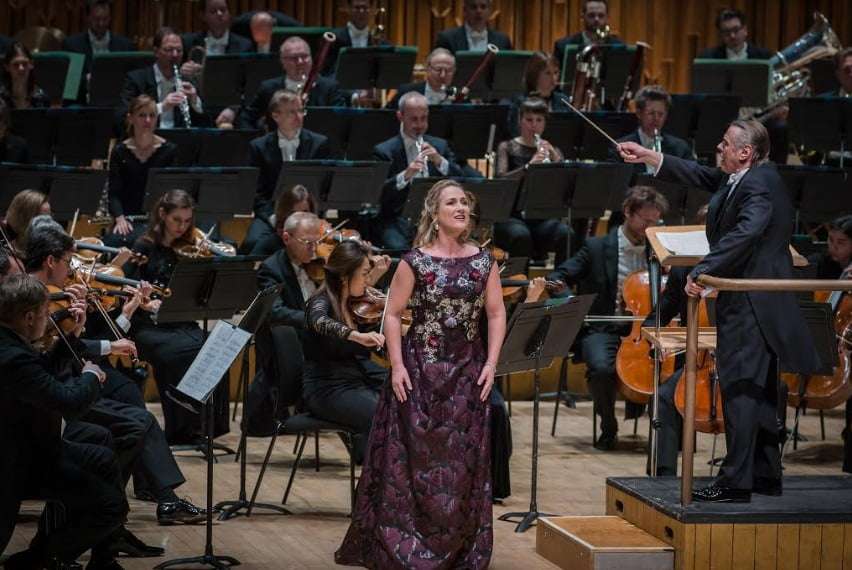 Given their theme of resignation and confrontation with death, it is odd that Richard Strauss’s Four Last Songs often appear at the beginning of a concert. Here, though, those subjects appropriately – if unexpectedly – pervaded the epic second half, featuring the composer’s relatively youthful and virtuosic Ein Heldenleben.

Paradoxically it was the performance of the Songs by the Bavarian Radio Symphony Orchestra (founded, incidentally, in the same year that Strauss died) that was characterised with somewhat more clarity in tone and easefulness of pace under Mariss Jansons’s steady direction. He avoided any obvious or stereotypical autumnal glow, particularly with the airy phrases wafted one after the after in ‘Spring’ and the brightly-hued sonority for ‘September’, with a metallic, glistening sheen in the harmonics from the violins for the falling leaves of the latter Song which perhaps were meant to recall the similar technique used in the concluding transformation scene of Strauss’s then fairly recent opera Daphne, evocatively depicting the metamorphosis of the nymph into the tree that bears her name.

In this, the second appearance of her current residency at the Barbican Centre, Diana Damrau showed a similar adaptability to the various registers of these settings, steely and lustrous initially, but then opening out into longer-breathed lyricism for ‘September’ and the subsequent Songs, though still carrying radiantly over the orchestra. The mystical reflections of the last two Songs elicited a warmth and concentration from both the players and Damrau which remained fluid nonetheless and not threatening to stall, arriving at a peaceful if not necessarily cathartic conclusion.

The expansive and wide-arching opening theme of Ein Heldenleben was sturdily, even thickly, played with authoritative and indisputable grandeur, but it heralded an interpretation that was rather more like the reminiscence of the Hero’s life at some distance in time than lived through in the present – and quite different from the amazing alertness and precision by Riccardo Chailly and the Leipzig Gewandhaus in 2015, to pick a fairly recent outing at the same venue. The stoical and stiff-upper-lipped reading of the first heroic passage by Jansons was notably Elgarian, more like his Falstaff perhaps, reviewing a life of courageous action in the past.

The mellower hues of nostalgia and resignation were already present in the next section, with the Parsifal-like glowing tint in the yearning passage which succeeds the Critics’ first niggling onslaught. Radoslaw Szulc’s violin solo to represent the Hero’s Companion was more sonorous and homely than ravishing or alluring. Following that, the Hero’s Battle with the Critics was certainly powerfully driven by the BRSO but too measured and carefully planned rather than revelling in the exhilarating moment with all the attendant risks and danger. 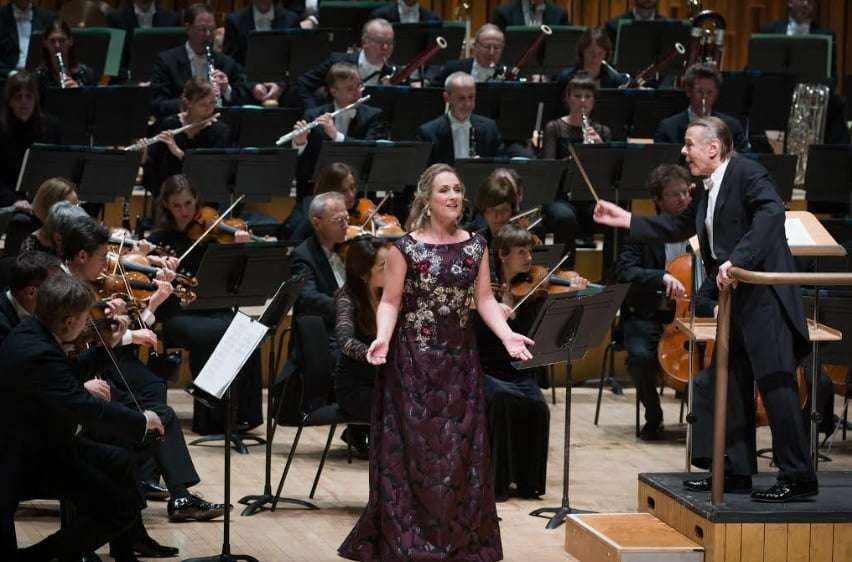 Nevertheless the richly integrated tone of the orchestra ensured that the performance sustained tension across the sections of its continuous span, retailing the narrative with a certain engaging deliberation. That was aided by a wealth of individual instrumental detail that came through providing telling points of insight or drama, such as prominent solos from cor anglais, and a horn sounding more akin to a ‘natural’ horn, and clearly-delineated motifs quoted from the composer’s other tone poems. This was a richly rewarding account of a masterful score and the Barbican Centre was privileged to host one of the great German orchestras, but more visceral excitement would have been welcome.

Making up for the relatively brevity of this programme, Jansons offered two encores, first an elegant and balanced rendition of Sibelius’s Valse triste (from Kuolema), fitting in with the generally wistful mood of the concert. Secondly, as it was still January, with memories of Vienna’s New Year’s Concert still fresh (conducted by Thielemann), Jansons recalled his own appearance there in 2006, by including Johann Strauss II’s Liebesbotschaft-Galopp played with exuberant panache, dispelling any lingering sullenness.