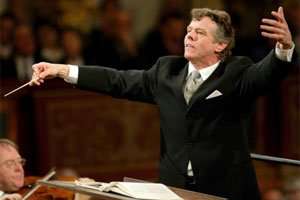 This “Classic International” concert took longer than expected (nearly two-and-a-half hours) – as a result of each piece played being afforded generous applause and the requirement for numerous entrances and exits by musicians to accommodate Wagner’s scoring. There was also an extended interval – when the audience was back in place the orchestra wasn’t, and took several more minutes to return. Given the nature of the programme Mariss Jansons had a lot of walking to do (although he could have remained on the podium) and the punters a lot of clapping – including, sadly, after the first four “Wesendonck-Lieder” (there are five altogether) when some in the audience showed remarkable insensitivity to the rapt mood established. The only other tarnish (except noting that the string-players were shuffling pieces of manuscript ready for an extra item or two, encores being a Jansons trademark, with a percussionist eevn leaving the platform and returning with a tambourine, but there was no resulting music!) was ‘Ride of the Valkyries’, played a little too consciously as a ‘showpiece’ encore (which it turned out to be) and with some added (or completely misplaced) trumpet notes that stuck out like the proverbial sore thumb.

One final brickbat – the biography for the Bavarian Radio Symphony Orchestra (as printed in the programme-book) contained an error and an admission: how it is possible not to mention by name the great Rafael Kubelík – the BRSO’s Principal Conductor from 1961 to 1979 – is beyond comprehension (or, for that matter, Colin Davis, a successor of Kubelík’s); and when Leonard Bernstein conducted Beethoven’s ‘Choral’ Symphony to mark the fall of the Berlin Wall (televised world-wide), he did so with an orchestra made-up of members from numerous ensembles, no doubt including players from the BRSO.

Otherwise this was a superb musical performance! The rarity of Wagner ‘bleeding chunk’ concerts (once a staple at the Proms) had already given this event a head start, and it proved a revealing evening of Wagner’s use of ‘the orchestra’ and how utterly different each of his operas and music-dramas are from one another. It was also a pleasure to listen to a first-class European orchestra – one with an integrated balance: brass and strings were in near-perfect balance, the former warm-toned. If the performances were micro-managed by Jansons, such painstaking concern for dynamics, blend and detail seemed absolutely ‘at one’ with Wagner’s creativity.

Whether the inventory quite worked in terms of choices of piece and juxtapositions – “Tannhäuser” in its Paris Version would have afforded the ‘Overture’ and the ‘Bacchanale’ as an extended indivisible item – is another matter, but the performances were magnificent and a tonic for the ears and senses.

The ‘Overture’ to “Tannhäuser” began solemnly, beautifully played to exacting standards, with a hefty double bass line (no doubt because these instruments, eight in number, some on risers, were in a more-liberated position than some orchestras have used in this newly-refurbished Hall), although the only real beneficiaries of the outside-right-seated violas’ contributions would have been those sitting in the Choir seats.

From depths to splendid sunrise, Siegfried sailed opulently down the Rhine, off-stage horn-calls bringing well-judged depth of perspective, and his ‘Funeral Music’ glowered and was sensitively graded. In between, the Prelude to Act Three of “Lohengrin” was the very antithesis of a ‘band-stand’ rendition and the Act One ‘Prelude’ was spiritually transcending, the glowing climax reached with seamless growth. Indeed, Jansons’s tempos and sculpting throughout this concert were virtually ideal – time was on the music’s side – save that the ‘Bacchanale’, which was a little staid in its tumult but the resulting ‘Venusberg Music’ (uncredited) was a glorious mix of radiance and voluptuousness – and opened the door for Debussy to write his score for “Le martyre de Saint Sébastien”. 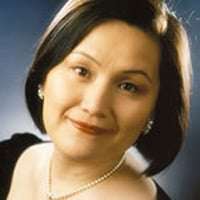 Crowning the evening was the “Wesendonck-Lieder”, contemporary with “Tristan und Isolde” and sharing musical material. Played in the orchestration by Felix Mottl (first four songs) and Wagner himself – there’s also a version by Hans Werner Henze – one is keen to hear Jansons conduct the whole music-drama, for the depth of intensity and range of sepulchral colours he drew from his very responsive orchestra (this is a very productive partnership) was utterly absorbing. So too Mihoko Fujimura’s contribution – poised, expressive, communicative, rich-toned and with laser-light projection. ‘Im Treibhaus’ (In the Greenhouse) – the third setting – was compelling in its slowness and haunting in its inwardness, ‘Schmerzen’ (Agonies) an ecstatic outpouring, and ‘Träume’ (Dreams) a gentle escape. Despite the crass applause that intervened, all-important silences, meaningfully held by Jansons, were strictly observed, and the concert was a refreshing success.