Reviewed from live BBC Radio 3 broadcast… Two blockbuster Fourth Symphonies, James MacMillan’s dedicated to Donald Runnicles, who conducted the premiere during Proms 2015, and Michael Tippett’s completed in 1977 for Solti and Chicago. Both are ambitious and absorbing statements. 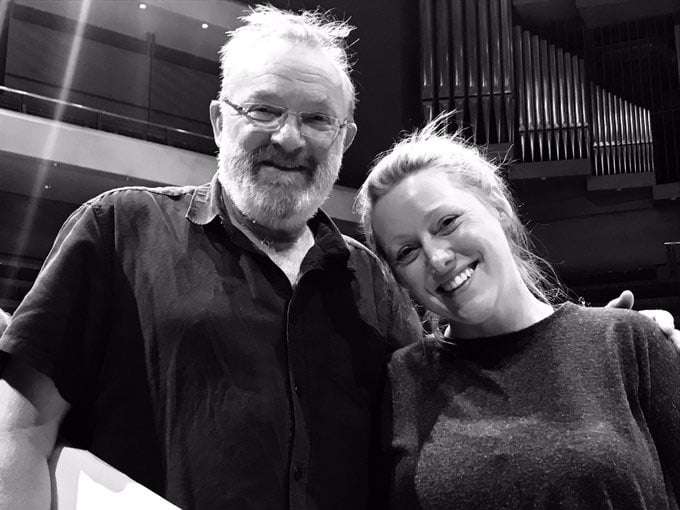 At this moment, sixty is the number that informs MacMillan 4: it was a sixtieth-birthday present for Runnicles, and during 2019 the composer and Martyn Brabbins both turn that age (respectively July and August). In Symphony 4 MacMillan incorporates a ten-voice Mass by Robert Carver, the Scottish Renaissance composer much-admired by MacMillan. Symphony 4, a “ritual” says its creator, chimes its way into existence, the music initially ethereal and distant, growing in energy and density via gorgeous string chords, rich in polyphony, reminding (as it happens) of Tippett’s Corelli Fantasy, while incorporating and decorating the Carver in a modern way redolent of Peter Maxwell Davies, a preamble to the tumult that is then unleashed, a continuous development of material, quite often striding forth with militaristic force, raging, contrasts afforded by look-backs to Carver with viol-like imitations and also bells and long-held enchanted notes in the strings. MacMillan 4 is a quick-change piece, volatile, yet holds-up to its designation as being a Symphony, and in this wholly excellent account (MacMillan in attendance) its forty minutes gripped the attention. Here is a large orchestra used kaleidoscopically, demons unleashed (and maybe exorcised by so doing?), with eloquent contemplation (of the past) as thought-provoking, full of sentiment distinctions. The Symphony, having run a gamut of eruptions and solaces, ends in a warm glow.

It’s good to know that having recorded five-star versions (as far as I am concerned) of Tippett’s Four Symphonies (plus a debut for the composer-withdrawn B-flat, his earliest such work) that Brabbins also conducts them as repertoire. May I direct you to my review of Brabbins’s recording of Tippett 4 (link below) and add that this BBC Philharmonic performance hit the airwaves with impressive attack and consideration, including the human-breathing effects (now newly created from what was done at the Symphony’s first appearances). This is a “birth to death” piece, said Tippett, and he issued a challenge to Sir Georg and the Chicagoans, not least the famed brass section, here met with aplomb (if the odd understandable glitch; JMac 4 is also demanding) by the BBCP (similarly the BBC Scottish on Brabbins’s Hyperion version), although the strings excelled, in music that dances, explores, and discharges, as being-alive develops, reaches crisis-points and expires.

Between the Symphonies Sophie Bevan was the magnetic soprano in Britten’s Les illuminations, settings of Frenchman Rimbaud’s symbolist poetry made for Sophie Wyss in 1939. The opening ‘Fanfare’ (not brassy, Britten’s scoring is solely for strings) was incisive and pregnant enough to anticipate a distinguished reading – fulfilled over the whole – Bevan quite operatic for her initial gambit, agile and sensual later, with some vivid word-painting, light and shade, discriminating dynamics, and well-judged (articulate) tempos.

What an oasis this concert was – similar to a week ago from the BBCP in terms of untrammelled repertoire – certainly for anyone rather tired of the regular rolling-out of certain composers and compositions.