Joanna MacGregor sees connections where others don’t and her programme of music in the BBC’s Monday Lunchtime Series at the Wigmore Hall was typically inventive and thought-provoking. The programme fell into two halves, with the first depicting birds in music and the second on the theme of ground basses and the chaconne. 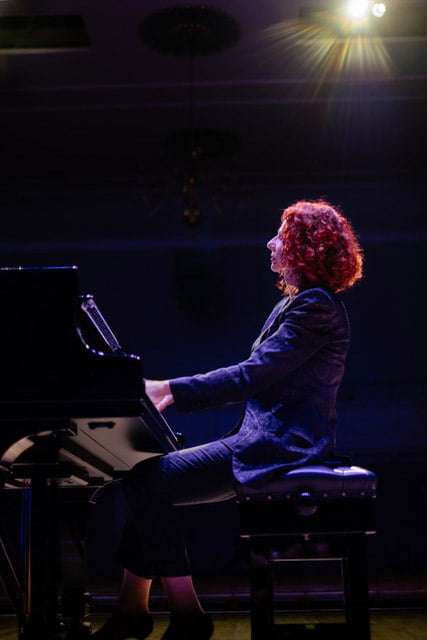 MacGregor opened with two Baroque works by Rameau and Couperin recalling the birdsong of cuckoos and nightingales played with a burbling delicacy. This was followed by Messiaen’s Le Merle noir, his second birdsong piece from his Petite esquisses d’oiseaux, where she added muscle to the refinement of the blackbird jubilations. Rameau’s La poule, also used by Respighi in his The Birds suite, was next, and MacGregor caught the insistent pecking of the main theme vividly without being over-insistent.

Janáček’s The Barn Owl Has Not Flown Away, from On a Overgrown Path, Book 1, is more than an ornithological portrait as the cry of the owl is a symbol of death in Czech folklore, and MacGregor brought out the threat of the opening arpeggios and its final hymn-like quality. She caught the underlying melancholia in Birtwistle’s Oockooing Bird, composed when he was fifteen, as well as its delicately registered colours. The Call of the Birds by the contemporary Iranian composer Hossein Alizadeh ended this section with its sense of the throbbing drive of traditional Persian music.

The second half was on the theme of the ground bass – a repeated pattern in the bass over which a series of variations or improvisations is performed – both in Baroque and contemporary music. Short works by Purcell and Byrd were contrasted with two pieces by Philip Glass to demonstrate the use of the ground base in the modern era. Purcell’s Ground in C minor was played almost jauntily, and its high spirits were emphasised with splendid articulation. Glass’s Prophecies from his hypnotic soundtrack to Godfrey Reggio’s 1982 film Koyaanisqatsi was a succession of moderately paced oscillations, faster waves and melodic patterns that proved involving. It was given a solemn, trance-like reading that recalled the choruses of the Hopi Indians in the film.

Knee Play No.4 from Glass’s opera Einstein on the Beach was less successful and seemed uneventful by comparison. In contrast, Byrd’s First Pavane from My Ladye Nevells Booke was elegant and grave. MacGregor closed the concert with the Chaconne in F minor by Pachelbel, given in reflective almost improvisatory style. Her encore was Handel’s magnificent Passacaglia in G minor, HWV432, delivered in suitably grand fashion.

I’m not sure that all of the contemporary juxtapositions worked but these were mere details within an imaginative gameplan, typical of Joanna MacGregor who provided lucid and nuanced playing throughout. It will certainly repay further listening.