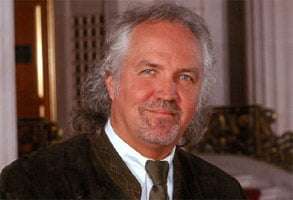 Wagner’s chamber-orchestra medley of music from “Siegfried” has never sounded so idyllic. Enhanced by the acoustic of Glasgow City Halls, players from the BBC Scottish Symphony Orchestra wove a little miracle of enchantment that was a delight to listen to. Donald Runnicles, who commenced his first season as Chief Conductor in September 2009, directed a leisurely and heart-warming performance – perhaps something a little more resolute in the horn’s sounding of the ‘Love’s Resolution’ motif would not have gone amiss – but it made a splendid concert-opening for a full and attentive house.

After the interval Runnicles embarked upon a stern and clear-sighted performance of Bruckner’s immense Eighth Symphony. The three themes of the first movement were each strongly characterised: the first strong, grim, always uneasy; the second almost joyful and given to dance-like inflections; and the third uncompromising and incisive. The development’s searching exploration of the opening theme followed an indomitable trajectory towards the Todesverkündigung (Annunciation of Death) climax, delivered with shattering power. What was apparent here, and throughout the performance, was that Runnicles had his sights clearly on the main climax of each movement, and always ensured that its position as the high-point was never subverted by some premature indulgence. Thus the first movement was displayed as perfectly, even severely, proportioned, at its close leaving us with nothing but the quiet, remorseless, bleak ticking of the death-bed clock.

Maybe the scherzo lacked the last degree of colour and variety of inflection, and would have benefited from a more emphatic accentuation of its obsessive main theme, but nevertheless it was strong and rumbustious. The trio was very nicely judged indeed, Langsam (slow) as Bruckner marks it, but not too slow, not burrowing too deep, an appropriate gentle interlude, with the harps applying rather-subtle glinting ornamentation.

The Adagio again benefited from Runnicles’s authoritative hold on the structure, which is no mean achievement in a movement this long and thematically rich. Not for a moment did I miss the extraneous additions of Robert Haas’s edition, the lack of which can trouble those of us who learnt this symphony from performances of that score. The trumpets and trombones in the course of the build-up to the climax announced their terrifying ff metamorphosis of the movement’s opening theme (bar 205, letter P), proceeding straight into the arpeggio-like motive that will form the climax 30 bars later, as though it were all part of the same nightmare vision, so making its ecstatic transfiguration at that climax all the more miraculous, all the more powerful.

The playing of the Wagner tubas was a glorious sound, in this movement and throughout. Runnicles had the brass arrayed across the full width of the stage, above and behind their colleagues in the woodwinds and strings, supplemented by an extra player, a ‘bumper’, in each department, and in tuttis they were magnificent. At times I would have appreciated a more forthright attack by the timpanist, but he came into his own at the finale coda. The harps, three as Bruckner wished, played a somewhat subservient role; always their contribution was subtle, and their moment when they complete an exposed arpeggio to cap the great climax, was here only just audible behind the fff sustained E flat of the violins.

After the Adagio ended in rapt silence, the storming intrusion of the finale was a little unsettled by Runnicles’s gestures, and even the strings’ response, suggesting a hell-for-leather conquest of the musical material, only to be put in their place by the brass choir who steadily kept to Bruckner’s Feierlich. Nicht schnell (Ceremoniously. Not fast.), even if not to his much slower metronome marking of minim=69. Even so, the finale came through as strong and as cogent as the previous three movements, the audience silent throughout. Although not a particularly fast performance, it seemed to be approaching its end far too soon. The first movement theme came back in the coda as an awful reminder of the grim, unsettled questioning that set the whole epic in progress, and thereafter Runnicles’s over-arching vision paid its final dividend: a coda of such power and glory that I stepped out into that cold, rainy Glasgow night not merely exhausted, but exhilarated and spiritually renewed. It had been a magnificent and memorable performance in which Bruckner’s extraordinary and diverse array of passionate and dramatic musical gestures had been tautly woven together at the service of an overriding conception that was as rigorous as it was convincing.

The concert was recorded for future transmission, and the programme repeated at Leeds on Saturday 24 January, this Leeds concert being broadcast on BBC Radio 3 on Tuesday 26 January at 7 o’clock.