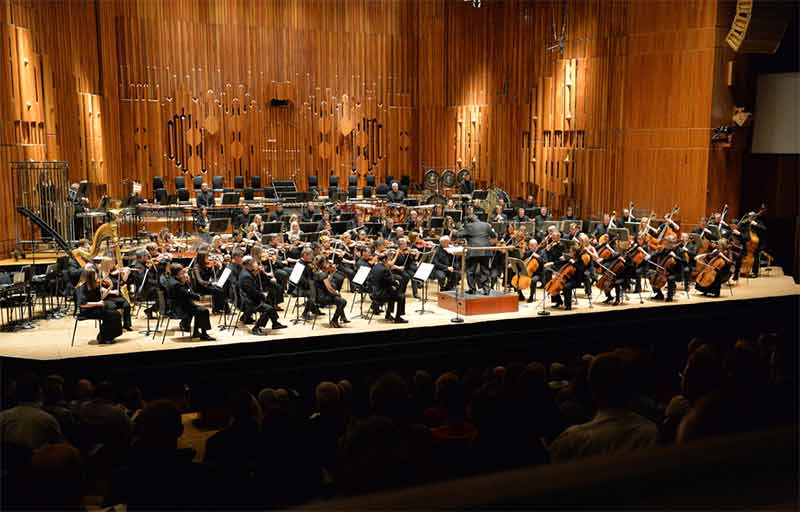 This wasn’t quite the concert that the BBC Symphony Orchestra had planned to open its 2014-15 Barbican Hall Season, also broadcast live on Radio 3. Unfortunately soprano Pumeza Matshikiza had to withdraw through illness, and did so only the day before the event, and with that went the world premiere of Kevin Volans’s BBC commission, the a cappella The Mountain That Left, which would have been the main concert’s centrepiece. In its stead David Hill and the BBC Singers stealthily re-grouped for the pieces by Weir, Tavener and Britten, which came between the orchestral works by John Adams and Charles Ives.

Earlier in the evening the BBC Singers had given a well-attended ‘solo’ recital in nearby St Giles church to mark the group’s 90th-anniversary, a retrospective selection of works launched by them: “On September 28 1924, the BBC Wireless Chorus were heard on the airwaves for the first time – the broadcast debut of the BBC’s own professional choir. Ninety years on, the present-day descendants of that ensemble – known since the 1970s as the BBC Singers – mark their anniversary.” 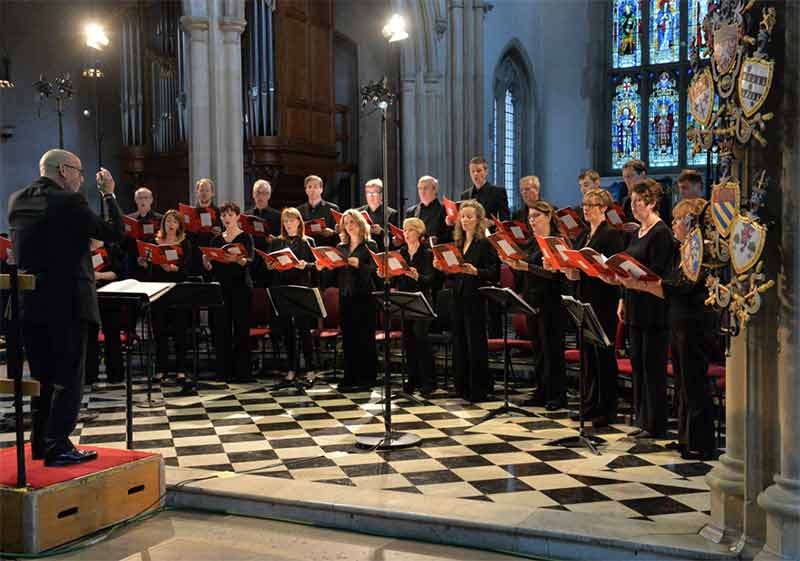 In response to three of their former conductors, the BBC Singers were immaculate, totally on top of the technical demands and inside the musical ones of each piece, whether Gabriel Jackson’s beautifully harmonised if staggered setting of George Meredith’s wintery words, or Lennox Berkeley’s exquisite writing, or Britten’s touching refrains with unusual interjections. Tippett’s setting of Edith Sitwell proved abundant and yearning and Edward Cowie coveted some clever onomatopoeia and other beautifully crafted effects, much enjoyed. A lively Judith Bingham (an ex-BBC Singer) number also introduced birdsong, Paul Crabtree looked to Dickens for inspiration – a rolling-stone of a piece gathering words – and Bob Chilcott took-on a curiously British occupation, barbershop and jazz rubbing shoulders, coal-fires suggested, the BBC ‘swingers’ sleeting their way through this nimble setting.

And so it continued during the main concert. David Hill, the BBC Singers’ current conductor guiding them, and us, through Judith Weir’s rather foursquare versions of three George Herbert poems, then John Tavener’s Song for Athene (fresh from the Last Night of the Proms), mystic melody and drone combining for rapt levitation, and finally with Britten’s masterly and mercurial Hymn to St Cecilia, an inspired offering to musicians’ heavenly representative.

There was also a Proms connection with Andrew Litton, for near the close of the current Season he conducted the BBCSO in a revealing account of Birtwistle’s Exody. John Adams’s father didn’t know Charles Ives – but it might have been the case and anyway it’s a catchy title – then his three-movement piece (from 2003) apes his forbear composer just a little too much, not least in the oblique and clashing marches in the first movement; Ives did it so much better, as in The Fourth of July. As ever with Adams, there are magical moments, but not enough to justify the total playing time; and if the very opening trumpet solo reminded of Ives’s The Unanswered Question (and also the way the instrument is used in at least two of Elliott Carter’s pieces), the a sense of anticipation was alluringly set up, sometimes to be satisfied, sometimes not. Adams’s virtuoso scoring was superbly dispatched under Litton’s lucid baton. 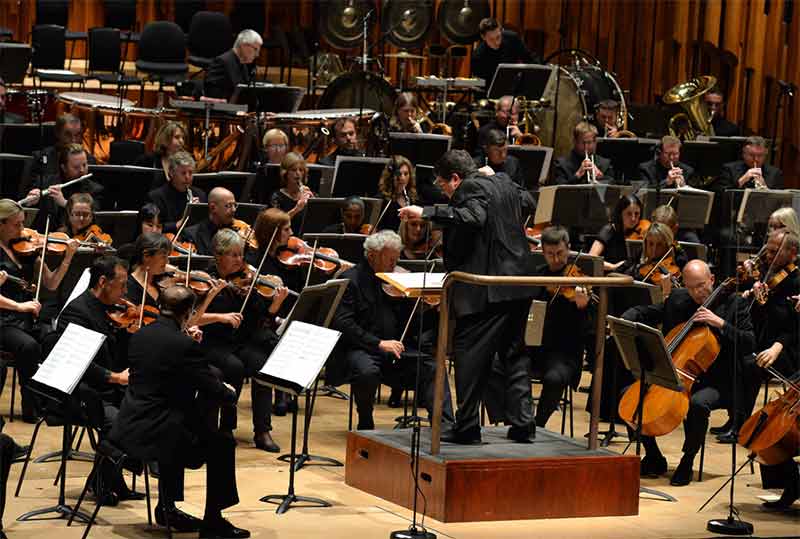 It seems that every time Charles Ives’s Symphony No.4 (1910-16, if not first-performed until 1965) gets an outing, that it’s a premiere, such are the differing ways of dealing with certain aspects of Ives’s turbulent score. Here synthesisers covered the composer’s exotic requests (the theremin, for example) and there was the coming and going of several string-players and David Hill (second conductor in the second movement, so complex is Ives’s writing), which could be seen (literally) as disruptive. So multi-faceted is this work, and so stylistically divergent – but it all belongs – that something ‘new’ is to be discovered each time; here it was the amount of detail to be discerned in the second movement, which Ives deemed a “comedy”, chaotic and anarchic (maybe), a battlefield of allusions, if with popular hymns and patriotic tunes clearly peeping through, yet very precisely delineated here in the bright Barbican Hall acoustic.

The BBC Singers appropriately contributed in its ‘at 90’ evening – “Watchman, tell us of the Night” – in the first and last movements, although the first did not get off to the best of starts with the edgy trumpet line somewhat underdone, and the great and visionary finale had its grinding climax rather rushed, but the homespun third movement – (Ives perhaps looking back to his earlier compositional style, tongue-in-cheek reverences for 19th-century European composers, Brahms, Dvořák, Wagner et al, as his first two Symphonies show) and academically fugal – was very special, its rich polyphony wonderfully played by the strings, with heartfelt intensity, and Richard Hosford’s clarinet solo towards the close was unbearably poignant.

Although the Symphony does add up – due to it all being recognisably by Ives – this performance didn’t always bring out the farsightedness and the ambition of the piece, but the music is always fresh and ripe for illumination, and certainly William Wolfram invested much into the piano part. Overall this lengthy evening (beginning at 6), and with aspects that were a piece of cake (in-joke), was a stimulating and rewarding affair, the beginning of a BBC Symphony Orchestra season that promises much, not least Sakari Oramo conducting Carl Nielsen’s Six Symphonies – in the same number of concerts, each one bringing contemporaneous enlightenment – beginning on October 11 at this Barbican address.