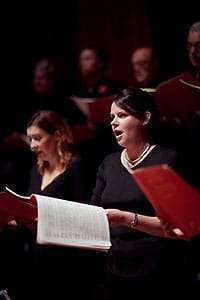 Cunningly confounding expectations by fluttering salon eye-lashes at both opera house and church, its Italian heart-on-sleeve fervour nodding to Bach and a bit too stickily to French religiosity, Rossini’s Petite messe solennelle further compounds identity issues by being not little and on occasions far from solemn.

With the 21-strong BBC Singers assembled, supported by two modern grand pianos and an English harmonium, the number of voices was more than double what the composer originally intended in 1863 in the last of his “sins of old age”, his calling card to the Almighty, whom he was due to meet in five years’ time.

The sound may have had choral aspirations, especially in the robustly Germanic fugal finales to the ‘Gloria’ and ‘Credo’ (Rossini was a subscriber to the new Bach edition), but Paul Brough also drew a finely grained, intimate sound from this crack BBC Singers – and a stylish one, too: the women’s voices had an agreeably French convent sheen in the ‘Gloria’. 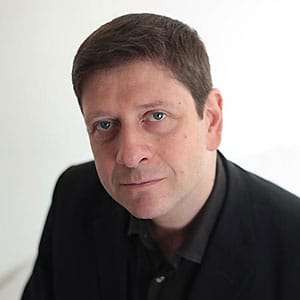 Brough, a noted church musician and choir trainer among his many accomplishments, not only has a keenly tuned ear for the music’s vagrant liturgical fragrances but also a natural grasp of the operatic light and shade inherent in the drama of this particular Mass and was particularly effective in his control of the pithy Allegro cristiano tempo indication for the ‘Credo’. In tandem with Roger Vignoles and James Baillieu, Brough made the performance cohere.

Vignoles, more in the limelight than is usual for him and playing throughout for both chorus and soloists, was on great form – a supple energy rippled through the ‘Kyrie’, there was a terrific swagger to the start of the ‘Gloria’, he made light of the many noodling transitions between sections, and he egged on the four vocal soloists to give their lyrical and dramatic best. Baillieu, on second piano, was ultra-responsive to the Vignoles lead – this exceptional musician is very much one to watch out for.

Andrew Tortise set the bar high in the ‘Gloria’, “Domine Deus” – his tenor has a seductive Italianate urgency and a thrilling top. Ruby Hughes and Clara Mouriz, both former BBC Radio 3 New Generation Artists, coiled vocally round each other to drama-stretching, Verdian effect in the “Qui tollis”; Hughes was even more of a tragedienne in her compellingly sung “Crucifixus” (interestingly the focus of the ‘Credo’ rather than the central mystery of the “Et incarnates”, which isn’t given the usual genuflectory prominence) and soared with guileless charm and considerable power in the “O salutaris Hostia”. Mouriz used her voice’s dark richness to bring the setting to a dignified, heart-felt close. Matthew Hargreaves’s lean and even bass-baritone was just the right sort of Mozartean presence for the “Quoniam tu solus sanctus”, even if his voice tends to change character at the top of his range.

Malcolm Hicks turned up the harmonium volume in the ‘Credo’, so that its reedy filling made more of a mark, but its sound didn’t anticipate the mysterious expressionism so beloved of Schoenberg and other late-Romantics. The plangent wheezing of the lengthy ‘Prélude réligieux pendant l’Offertoire – Ritournelle’ was a bit too redolent of chilly churches and damp Victorian hymn-books for comfort – which only enhanced the idiosyncratic charm of this eccentric masterpiece.