Berlioz
L’Enfance du Christ, Op.25 – sacred trilogy to a text by the composer [sung in French] 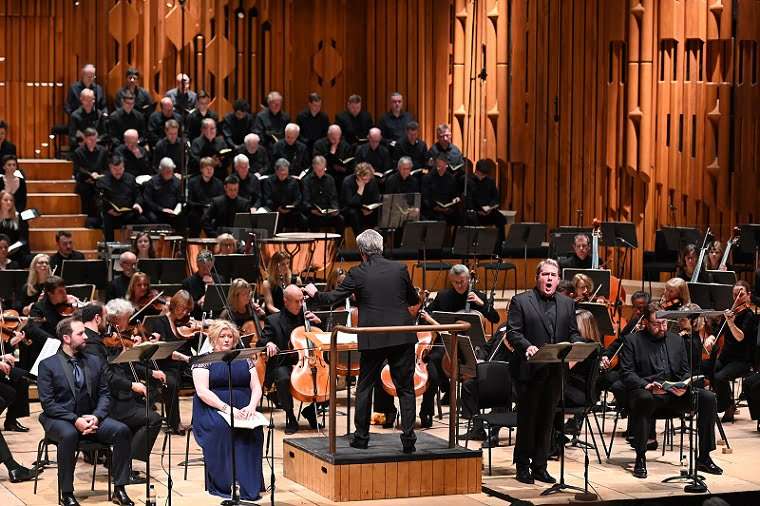 There are the epic vistas of Berlioz’s Grande Messe des morts, and then there is the rare intimacy of his L’Enfance du Christ, the BBC Symphony Chorus and Orchestra’s Christmas offering, without a carol to be heard. It’s a strange piece, which to my ears gives us Berlioz at his most original. The work had an odd gestation, from an idle jotting during a card game in 1850 passed off as the work of a forgotten (that is, non-existent) seventeenth-century French church composer, which became the famous ‘Shepherds’ Farewell’, which in turn became the middle part of a sacred trilogy relating the Holy Family’s escaping King Herod’s massacre of all baby boys, the Holy Family’s life-threatening flight across the desert to Egypt, and in the third section their rescue by a family of Ishmaelite infidels, with whom they settled for a few years while Jesus grew up. Like Topsy, the project grew, and saw the composer through to 1854.

A quick trawl through various websites suggests that, in the UK at least, The Childhood of Christ is a work more honoured in the breach than in the observance. Berlioz’s text and music complement each other with a faux-antique, seemingly artless naivety – something Edward Gardner understood to accumulatively overwhelming effect. Somehow, in a score of at times potentially risible, cartoon-like immediacy, he steered the work unerringly to the Epilogue’s moment of revelation, as profoundly spiritual as a setting, say, of ‘O magnum mysterium’, Berlioz, as David Cairns eloquently points out, fading the story back to its origin, and creating the illusion of a distant, archetypal memory. 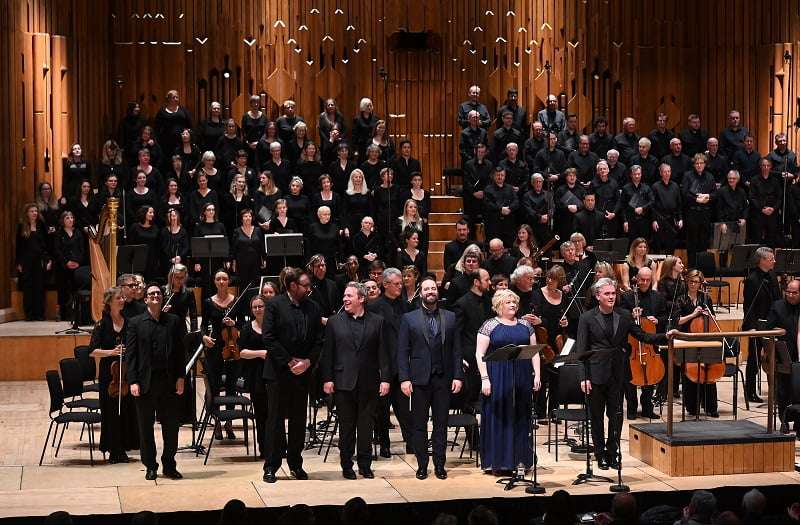 The other potential pitfall – as anyone familiar with French nineteenth-century church imagery will know – is the French penchant for lofty, sweet sentimentality. Berlioz skilfully stepped round this, here underpinned by Gardner’s pragmatic, direct approach that guaranteed the many infinitely touching moments their due weight and let Berlioz’s simplistic orchestration speak with subtle freshness. The many woodwind solos rose out of the smallish orchestra to colour the action, and Gardner was sparing with the characteristic and quietly ecstatic Berlioz strings sheen, so that when it was applied, it really made an impact. Perhaps the trio for harp and two flutes – marking the Holy Family’s safe deliverance – delights a bit too long but is still in-keeping with music that charms with great tact.

Karen Cargill as Mary used the size and weight of her mezzo sparingly, so that her despair when she, Joseph and the child finally make it to Egypt came across with shocking urgency, and generally she set the devotional mood with a beautiful precision. She was supported by Etienne Dupuis’s soft-focused baritone for Joseph, and the tenor Robert Murray produced a lovely French sound and clear diction for the Narrator, at his most expressive in his Holy Family at Rest aria. Matthew Rose conveyed King Herod’s authority and gnawing anxiety as he sings of the dream that leads him to the massacre of the innocents, an act, as Berlioz’s music suggests, that paradoxically saves the future of Christianity.

The BBC Symphony Chorus provided a cast of soothsayers, shepherds and Ishmaelites, sung with visionary conviction, and a handful of BBC Singers provided remote Hosannas and Alleluias from the very top and back of the Hall with magical results. Led by Gardner, the forces slipped effortlessly between oratorio and theatre, and, however gentle its grip, the work never lets you go.