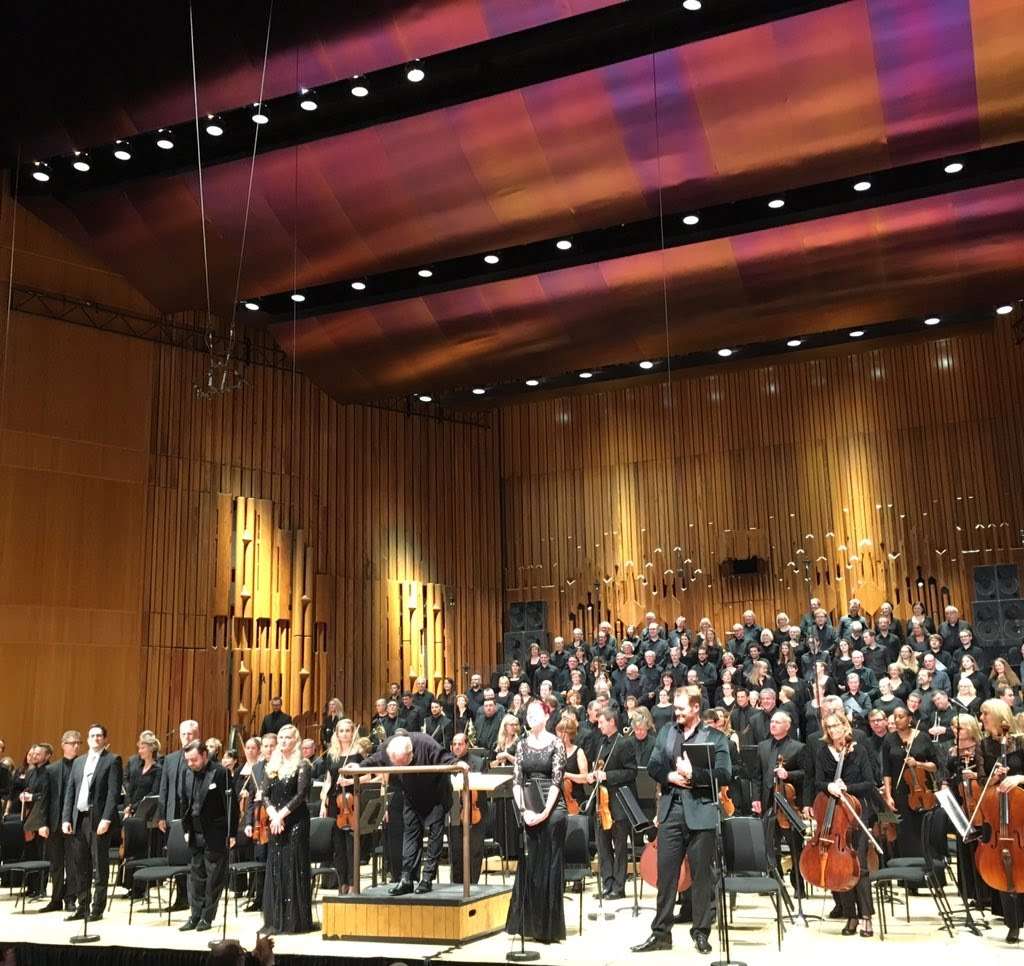 Just to give you an idea of the popularity in the UK, or curiosity about, Dame Ethel Smyth’s Mass in D – the best of her, as she thought – it has been performed once, at the Proms, in 1930. Sakari Oramo, who was originally due to conduct this BBCSO concert, is a fan, and this performance marked the centenary year of women getting the vote, a campaign in which the suffragist Smyth played a significant role. Tchaikovsky, whom she met when she was studying in Europe, was a friend, and, while one can applaud yoking these two gay icons together in one programme, it was inevitable that the Russian’s First Piano Concerto, especially in the astonishing account from Pavel Kolesnikov, would obliterate the impact of Smyth’s Mass.

Not everything was perfect about the Tchaikovsky. The orchestra’s role is much more layered and subtle that the BBCSO’s primary-colour playing allowed, with thundering timpani, booming brass and over-prominent woodwind solos, yet under Martyn Brabbins’s ever-accommodating conducting, it flattered the soloist and, most importantly, had the same sense of purpose.

Instead of the usual version of the score, the second (or first revision, 1879) was used, and the difference is immediately heard in the piano’s opening spread chords instead of the more familiar, massive hammer-blows up and down the keyboard. Sometimes balance went out of focus, and perhaps Kolesnikov could have gone easier on the sustaining pedal. Even so, he and Tchaikovsky hit it off in a performance that will stay long in the memory. Kolesnikov, rising thirty but looking ten years younger, has sometimes come across as the artist as artwork in his recitals, but here you were aware only of his amazingly secure and dazzling technique and his fine balance of heart, head, intuition and white-hot imagination. He delivered the grand moments with imperious panache, in the quieter ruminations he spun rhapsodic yarns of incredible delicacy, and was positively demonic in the middle movement’s Prestissimo, even more so in the Finale. He aimed at the contradictions and splendours of Tchaikovsky’s music and the Russian soul, and scored every time. No wonder, after his and the BBCSO’s incandescent race to the close, Brabbins literally hugged Kolesnikov into the air. His encore, Chopin’s posthumously published Waltz in E-flat, lowered the temperature.

Ethel Smyth was briefly a devout High Anglican, but her enthusiasm waned after she composed her Mass in D. Perhaps that has some bearing on why it remains for the most part dutiful and earthbound. It was given with the ‘Gloria’ placed last as a rousing conclusion – and possibly following the Anglican order of prayer-book Holy Communion, There are clear influences of Beethoven and his Missa solemnis, and of Brahms, and you get the odd echo of the big, turn-of-the century Parisian masses. The ‘Kyrie’ is imposing, the mezzo’s ‘Sanctus’ set to a soft brass chorale works well, the soprano gets a florid and operatic ‘Benedictus’, and the best music comes in the bustling ‘Gloria’. The SATB voices of the BBC Symphony Chorus were mixed together, to no great advantage to the generic choral sound, and Smyth’s orchestral writing, however committed the playing, isn’t hugely inspired. Catriona Morison and Duncan Rock made their solos and duos count in the ‘Gloria’, Ben Johnson’s sweet tenor raised the profile of the ‘Agnus Dei’, and Lucy Crowe was affecting in the ‘Et incarnatus’ and in the Benedictus. Brabbins kept up the pace and got near to realising the range of a work that only fitfully jumps off the page.