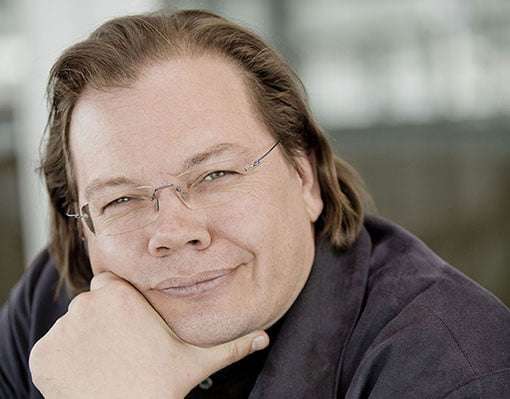 A refreshingly different concert programme, of contrasts and complements bound to Austro-German music covering a couple of centuries, and one well-worth making the effort to attend.

Alexander Vedernikov (previously at the Bolshoi, currently in Odense, and waiting in the wings at Royal Danish Opera) has been a regular guest with the BBC Symphony Orchestra since December 2007, with some memorable appearances, especially a stunning Prokofiev 3 at last year’s Proms.

Webern’s perfectly formed Six Pieces, Opus 6 – heard here in the original version of 1909, for a very large orchestra including six trombones (the 1928 revision reduces the extravagance but remains full in terms of scoring) – is a masterpiece of making every note count and using variety of colour and timbre for mostly subtle and singular purposes, save for the relatively long Fourth Piece (the set as a whole plays for about twelve minutes), a percussion-led slow processional that Vedernikov built to a shattering conclusion. Elsewhere, poise, refinement, solo expertise and shared responsibility are the orders of the day and were scrupulously attained.

The sole German here, Cologne-born Max Bruch’s Concerto for Two Pianos – nineteenth-century in expression – dates from later, 1915 (he would die five years later). It was written for the Sutro sisters who were given exclusive rights. They made extensive revisions to the Concerto to suit their abilities (Stokowski conducted) and thereafter neglected it. Not until 1970 was Nathan Twining able to rescue the manuscript from the sisters’ possessions and restore Bruch’s intentions. Twining, together with Martin Berkofsky, the LSO and Antal Dorati gave the premiere and recorded it.

We all know the work that keeps Bruch’s name in the limelight, but there is much more to his catalogue than that. The two-piano Concerto is in four concise movements, beautifully crafted and opening arrestingly. Pavel Kolesnikov and Samson Tsoy made a strong case for it, whether bouncy rhythms or attractive lyricism, and the nocturne-like third-movement Adagio is especially alluring, while the Finale has a glitter and drollness that subscribes to Saint-Saëns. If at other points Mendelssohn and Schumann come to mind, there is also much that can only be by Bruch, and very endearing it is, not least the writing for woodwinds, from which Richard Hosford’s clarinet caught the ear. As an encore Kolesnikov (now primo) and Tsoy played an impressionistic movement, the one about night and love, from Rachmaninov’s Suite No.1 for Two Pianos, Opus 5. 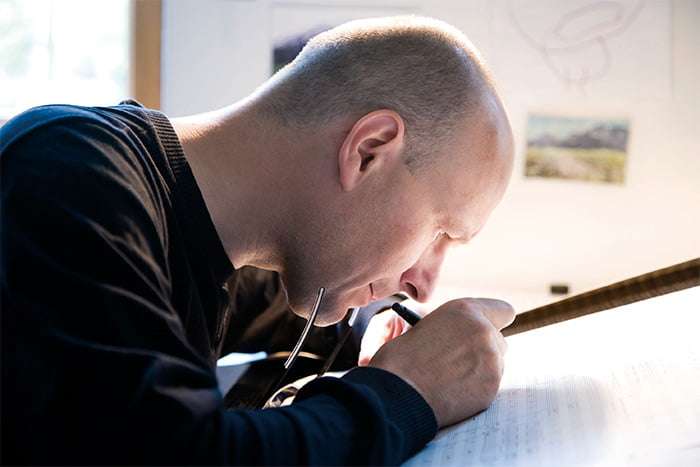 I have heard several pieces by Thomas Larcher that have left me bewildered at their emptiness (an opinion I have not previously expressed in print). Following the interval, the twenty-minute Red and Green (2010, written for the San Francisco Symphony and like the Webern requiring the BBCSO to sport all its resources) made a much bigger impact than those others. In two movements, both marked “Slow”, the first of hums and staccatos and the second qualified by “many changes of tempo” may have their share of effects at the expense of substance, and seem ‘cut and paste’ at times in relation to structure (stop and go, but that’s traffic lights for you), nonetheless there is a strong emotional identity present as well as numerous intriguing sounds, not least from percussion; and even the climaxes, however strident, come across as generated from within, and also avoid turning the eardrums black and blue, all leading to an eerie conclusion, an accordion heightening the hallucination.

Finally a ‘Farewell’, one of Haydn’s Symphonies. Vedernikov, now without a podium and with a small ensemble (founded on two double basses) to do his bidding, led a performance for 2017 – crisp, eager and edgy (in the best Sturm und Drang manner) and generous, both halves repeated in the first movement, for example, followed by the dark shadows of the Adagio in which the strings are muted. Haydn’s musical innovation and surprises were well-catered for, and if there are no jokes it is the orchestra that has the last laugh. Following the stern Minuet (featuring splendid horns in the Trio) the Finale fizzed along. It stopped, Vedernikov left the platform taking several players with him. The music turns to slow and other musicians drifted away until just two violinists remain. Haydn’s ruse was a message to their employer that a holiday was long overdue: it worked!

So, a stimulating concert led by a musician with an engaging personality who has an infectious sense of humour. Vedernikov, with his at-times unorthodox if highly effective conducting technique, seems immune to fads and cannot be pigeon-holed and he might therefore be likened to his senior Muscovite compatriot Gennadi Rozhdestvensky, and similarly is writing his own BBCSO history.