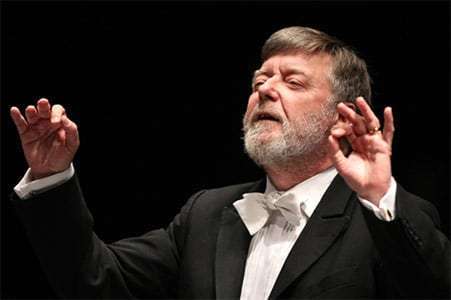 From the bleakly scored opening unison theme on clarinets, bassoons and violas, it was clear that this was going to be an exceptional Dream of Gerontius. It folded you into Elgar’s and Cardinal Newman’s precisely Catholic and very English vision of death and transfiguration with a sure sense of its universal application to whatever you do or do not believe. It spoke as much of inevitability as it did of altered states, and this was all down to Andrew Davis, a conductor with a long-lived connection with the BBC Symphony Orchestra and a profound knowledge of how this particular piece works. His eloquent, fluid tempos, articulation and expression powered through the orchestra to fire up Elgar’s extraordinary originality. With his uncanny insight, he kept it hovering equivocally between oratorio and high drama, its thread strong enough not be broken by a 20-minute interval that seemed more than usually pointless.

The BBCSO returned the compliment with playing of great, pliant refinement, and miraculously – given the Barbican Hall’s pragmatic acoustic – infused the music with the sense of space and distance that Elgar wrote into his score, so that the big choral and orchestral blasts made the concrete rafters ring and moments such as Gerontius’s “I hear the voices that I left on earth” speak with time-collapsing perspective. 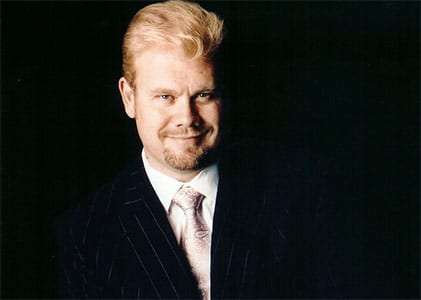 With his recent Peter Grimes still shivering timbers, Stuart Skelton gave Gerontius a visceral vulnerability, his intensity tempered by a bewildered, heart-rending humanity. He made the text converse as well as sing, and there was a moment – “I can no more” – in Part One where he lapsed into a hushed parlando that crossed the footlights with that instant hit of identification; and from the pale, subliminal sound he conjured for “Novissima hora est” to the heroic anguish and strain of “Take me away”, Skelton saturated Gerontius with an everyman immediacy. Unforgettable!

Every time I hear Sarah Connolly as the Angel, there is some new inflection of voice or shaping of phrase that deepens and expands her interpretation. Dressed beautifully like an Arts and Crafts angel, Connolly held Gerontius – and us – in thrall with the consolatory warmth and firmness of her singing. Overwhelming in the white-hot force of her final Alleluia, she moved on to a “Softly and gently” of incomparable, valedictory tenderness. David Soar (replacing Brindley Sherratt) completed the sense of definition and connection with his focused, consistently even solos as Priest and Angel of the Agony, both thrillingly sung and succinctly dramatic.

The BBC Symphony Chorus strayed into Hieronymus Bosch territory as the Demons, to great effect, and produced impressive amounts of volume without a hint of distortion. But it’s back to Andrew Davis, who clinched this performance – the way he paced the process of revelation from soloists, chorus and orchestra, all of them on superb form, in “Praise to the holiest” was as fine as I’ve ever heard it. If its impact is half as involving in the broadcast, this will still be a Gerontius to treasure.