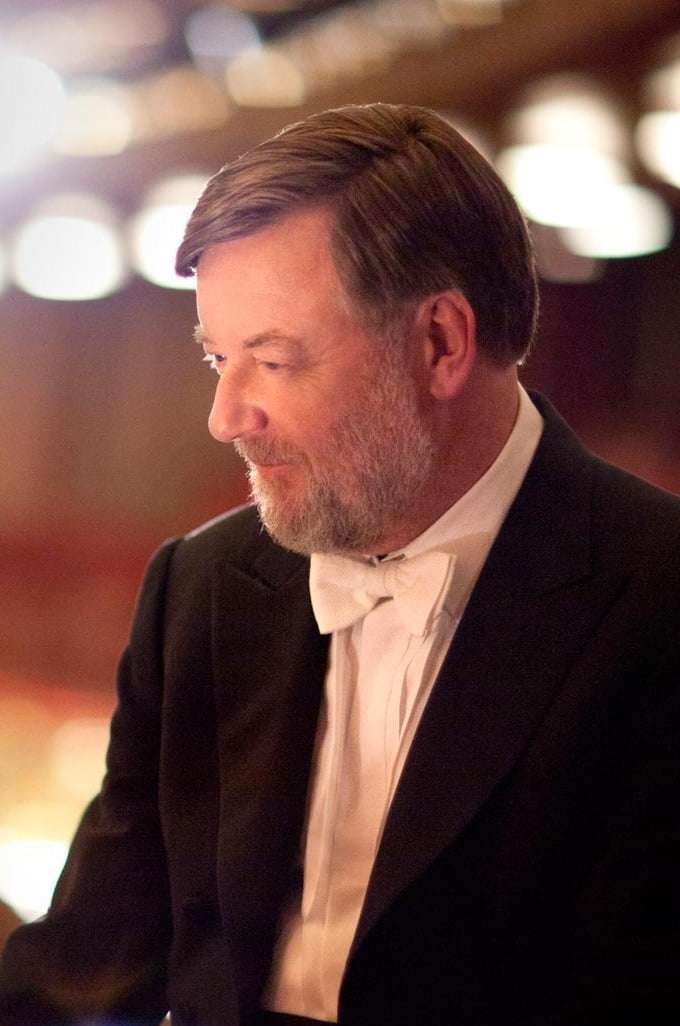 This BBC Symphony Orchestra programme was built on two works belonging to the 1950s that share an emotional intensity from composers stylistically worlds-apart.

Written in 1955 after he had been diagnosed with leukaemia, Gerald Finzi’s Cello Concerto is his last major work (he died the following year). It is by turns turbulent and elegiac, the uncharacteristic dynamism at one-remove from an otherwise pastoral if spiritual idiom, conservative and quintessentially English enough to prompt a cool reception at its earliest performances. Sir Andrew Davis and the BBC Symphony Orchestra underlined Finzi’s pungent orchestration and assertive tuttis to great effect, revealing the composer’s new-found confidence. There is an assurance too in the rhapsodic and virtuosic cello-writing, its bravura elements mostly overcome by Paul Watkins. If his triple-stopped counterpoint did not always convince, single lines were achingly expressive. He found particular success in the Andante quieto, compelling for his beauty of tone and mesmerising in its Heaven-directed concluding note. To the unbuttoned Finale Watkins was suitably jaunty, meeting its challenges head on, and when not harsh of tone, proved, like Davis, to be a persuasive executor of this bittersweet music. These artists made a recording for Chandos the following day, part of a Finzi release that will also feature Louis Lortie.

Shostakovich’s Tenth Symphony from 1953 is an emotional rollercoaster – brooding, ferocious and, sharing with the Finzi, a dark and, at times, haunting lyricism. Sir Andrew brought a natural sense of progression to the arch-like first movement, shaping its cumulative tensions and building towards the pivotal climax. Nothing flagged and en route there were many felicitous details.

I’ve heard faster, more-savage versions of the second movement but, while this risk-averse tempo failed to engage in terms of venom, there was compensation by way of clean articulation and colourful detail: penetrating xylophone, shrieking woodwinds, and trombones hammering out their banal phrases. The orchestra snapped and snarled but it was no edge-of-seat thrill-ride. Assorted woodwind offerings caught the ear in the Allegretto; Shostakovich’s musical motto DSCH tellingly triumphant and then poignantly entwined with those of his muse Elvira Nazirova by Martin Owen’s eloquent horn and Stephen Bryant’s bewitching violin. An icy flute and doleful bassoon ushered in the Finale, its emotional transformation neatly effected by Richard Hosford’s mellifluous clarinet. Renewed vigour and a clamorous restatement of the defiant DSCH monogram, brass and timpani not holding back, found Davis propelling his forces towards unequivocal triumph.

Earlier, sacred and secular music by Finzi alongside two of his erstwhile composition teachers Ernest Farrar and Edward Bairstow shaped an hour with the BBC Singers. Finzi’s understated manner is nowhere more apparent than in the Seven Unaccompanied Part-Songs, a heartfelt and well-crafted response to poems by Robert Bridges; the grateful melodic contours and piquant harmonies (nicely underlined by the Singers and Paul Spicer) sounding very much of their time. Jeremiah Stephenson joined for ‘Welcome sweet and sacred feast’ and ‘Lo, the full, final sacrifice’, both of which impress for their wonderful use of words and moments of ecstatic fervour. These qualities were brought to the fore in well-paced accounts, notwithstanding slight ensemble issues thrown up by the distance between organist and Singers. Of Bairstow’s many anthems (mostly written for the Choir of York Minster) ‘Let all mortal flesh keep silence’ is one of the most-familiar and drew an ardent response , even if the words “shout exultingly” were taken rather too literally. Farrar’s name is sadly linked with W. Denis Browne, George Butterworth, Cecil Coles and Frederick Kelly whose lives and promise were cut short by the First World War. Farrar’s ‘To Daffodils’ may owe a debt to Parry and Stanford but its charm was beautifully outlined here.