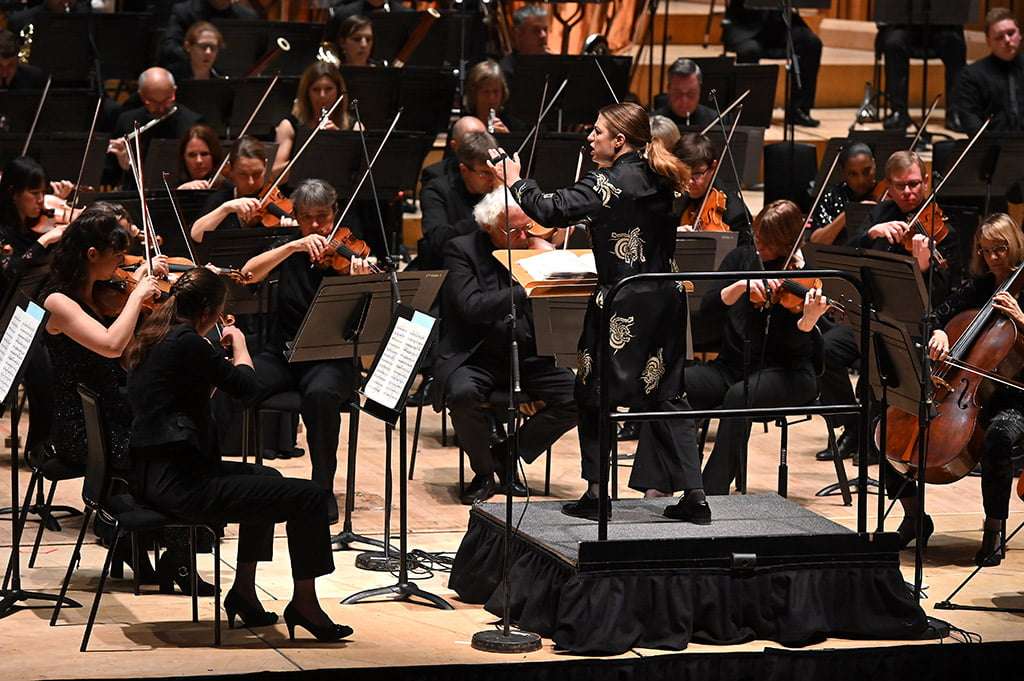 This concert was the first Dalia Stasevska – a Finnish citizen of Ukrainian origin – has given as the orchestra’s new Principal Guest Conductor in its main winter performing venue. Like Sakari Oramo she is a violinist turned conductor whose stick-waving studies with a roster of talented Finns began with the inevitable, inspirational Jorma Panula masterclass. The results here were extraordinary, the orchestra playing with markedly bigger, fuller tone than usual. Stasevska is more Mikko Franck than Esa-Pekka Salonen. She’s a romantic, subjective interpreter who seats the orchestra with the violins massed to her left.

Kicking off the present, cleverly constructed programme of ‘alternative’ symphonies (all composed in exile and associated with some kind of devotional element), Britten’s Sinfonia da Requiem posed no difficulties for the team. There was perhaps something self-conscious about the generally slow tempos, not always implacably maintained in the heat of the moment, but the response was whole-hearted, emotions nearer the surface than Britten subsequently allowed. A real rapport with the players had been established.

There are moments in the score (and rather more of them in his incidental music for The Company of Heaven) which suggest that Britten must have admired the Symphony of Psalms, notwithstanding later hostilities. The Britten-ish children’s voices Stravinsky specified for its upper two choral parts are not usually heard in concert. Here we had the BBC Singers at their best, more focused than the usual amateur groups, facilitating the seamless integration of orchestra and chorus with no want of passion. Stasevska’s interpretation proved yet more distinctive, the first movement all quick-fire ebullience without loss of detail, the third almost grinding to a halt in its emotive framing sections. Stasevska risked all, too, in the music’s more eruptive elements, recalling the profoundly unironic intensity of Leonard Bernstein’s in the 1970s rather than the Apollonian neatness critically in vogue. 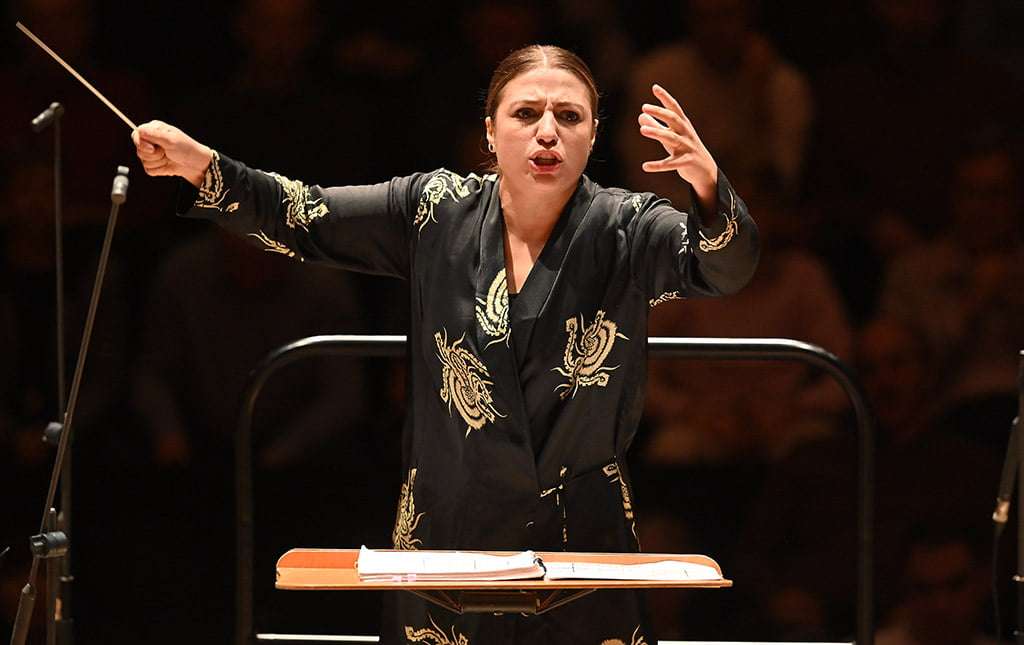 After the interval Symphonic Dances did not disappoint. Nothing was generalized or half-hearted, the glorious alto sax solo superbly executed by Simon Haram and carefully contextualized, too. Any reservations concerned a certain lack of darkness and shadow. Stasevska and her musicians revelled in the music’s nostalgic elements, making the first movement’s closing allusion to the First Symphony ripe rather than regretful. As a whole this Symphonic Dances could have been contemporary with that long-lost masterpiece, belying the fact that the work was conceived neither in Russia, nor Lucerne, where Rachmaninov had a villa built for him and his family, but on Long Island, New York. There was arguably too little of the leaner on-the-brink style he had adopted by 1940. Then again, there must be room for different takes, and we had verve, commitment and a gorgeous finish – Stasevska wanted the tam-tam to resound for a decent interval before countenancing applause.